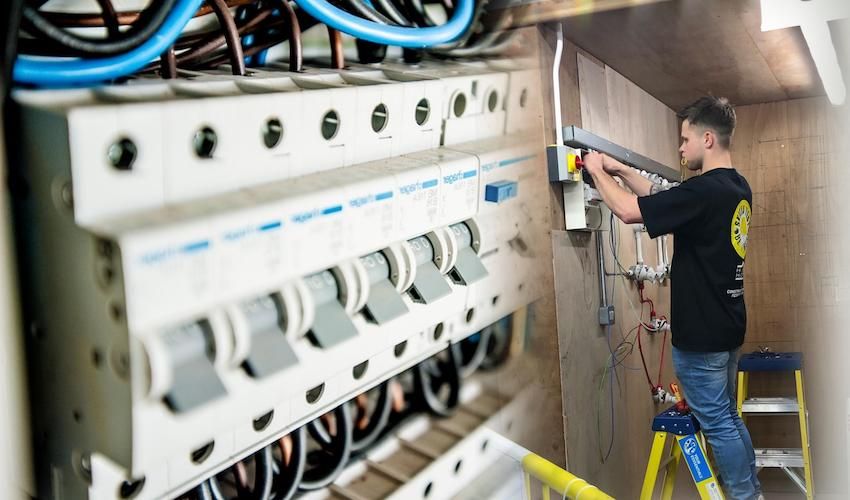 A young electrician has made light work of an inter-island contest where his installation skills secured him first place against students from the Isle of Man.

Ben Le Cornu, an electrical trainee at Highlands College, shone more brightly than his competitors at the Skills Test Competition in the Isle of Man, winning a £350 voucher after topping his category.

Ben is currently working as an apprentice at DIS Electrical Contractors.

The contest puts students’ skills in a range of trades to the test including painting and decorating, plumbing, bricklaying, carpentry and joinery, electrical installation and horticulture.

Over 70 students took part in the competition, organised by University College Isle of Man (UCM) who also welcomed students from Jersey to showcase their craftsmanship.

Jo Pretty, Principal of UCM, said: “We are very pleased to have the opportunity to welcome competitors from Highlands College and hope that we will get many more off-island competitors next year.” 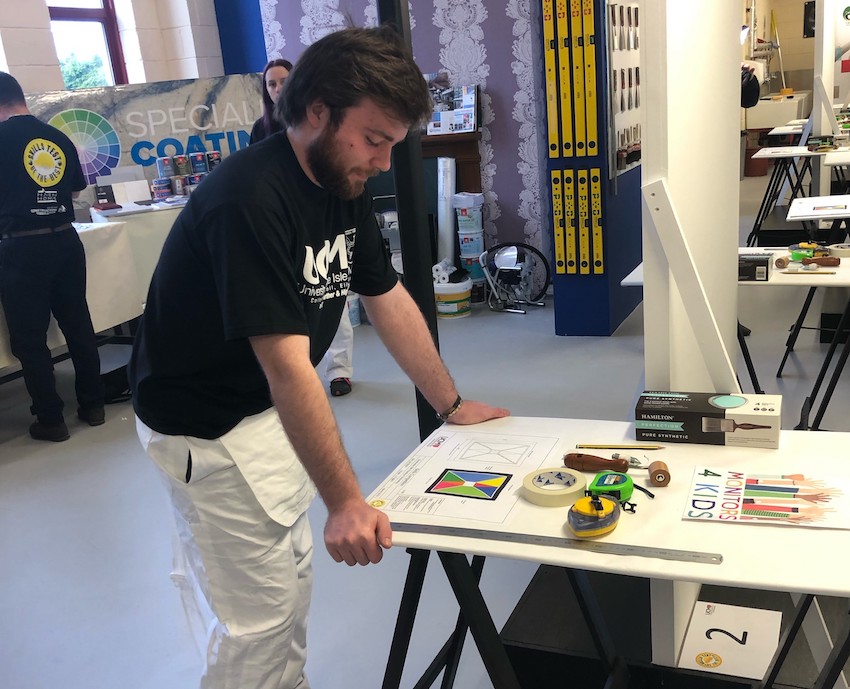 Pictured: Reece O'Donohoe, a painting and decorating apprentice, taking part in the competition.

Ben was joined by three other students from Highlands who were all sponsored to go over to the Isle of Man to compete by Garenne Construction.

Some of the items produced by the students during the competition will be auctioned and proceed will be donated to six charities: the Royal National Lifeboat Institution (RNLI), Monitors for Kids, Craig’s Heart Strong Foundation, Autism Initiative, Heroes on the Water and Dan Kneen.