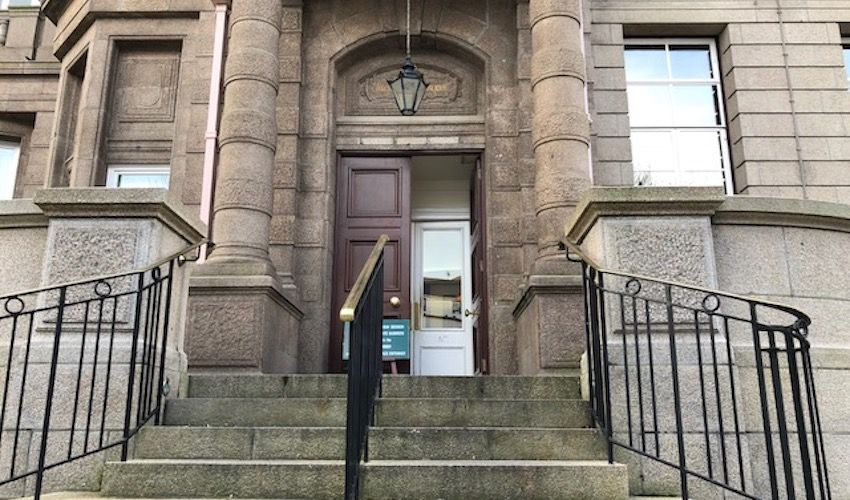 A young man, who was captured on CCTV carrying a barely conscious woman through St. Helier streets, is standing trial in the Royal Court after being accused of raping her, causing her to fall pregnant.

Manuel Ricardo dos Ramos Aguilar (24) denies having sex without the woman’s consent in autumn 2017 at a premises in St Helier, following a celebration in town which left her so drunk that an ambulance was called by concerned friends who encountered her on the way home with the defendant.

It was accepted that Mr Aguilar and the woman subsequently had sex because she later became pregnant and DNA testing of the foetus proved that he was the father.

Breaking down in the witness box while giving evidence, the woman told the jury that she had initially believed assurances that the defendant gave that nothing had taken place between them but he later appeared uncertain and is then alleged to have to have advised her to seek emergency contraception "to be on the safe side".

“He lied to me and changed his story so many times. He should have been honest with me in the first place,” she said.

Pictured: Mr Aguilar was said to have bought the woman drinks in the Royal Yacht.

Opening the case for the prosecution, Advocate Emma Hollywood told a jury of nine women and three men that the woman was not in a position to give her consent to sex with the defendant.

“While she was in her bed, she passed out or was close to that stage, and at that time she did not have the capacity to give her consent. If you have sex with someone who is unconscious or close to it. they cannot give consent. Because they do not have capacity, it is rape,” Advocate Hollywood told the jury.

The jury heard that the woman was out four friends and, having had a meal at the La Siesta restaurant in Colomberie and drinks at a friend’s flat, then went to the Royal Yacht Hotel.

The woman told the jury that she would have described herself as “tipsy or merry, rather than drunk” when she arrived at the hotel where she later remembered meeting Mr Aguilar whom she had invited to join the celebration.

He bought two sambucas and a bottle of Laurent Perrier champagne, which she said she was grateful for, though she did not see why he should pay so much for someone who was not a close friend.

She had no recollection of being taken home from the Royal Yacht Hotel and awoke the following morning unable to recall what had happened, she told the jury.

However, she was initially suspicious that her clothing and her jewellery appeared to have been left tidily in the flat and she then discovered in her handbag the disclaimer which the paramedics had required her to sign.

Having received a missed call from the hospital, she subsequently arranged for a medical examination and took the morning-after pill but later discovered that she was pregnant.

“I felt sick and I was crying as I thought I had taken appropriate measures not to be in the position which I hadn’t wanted to be in,’” she said.

The woman told the jury that Mr Aguilar, who is defended by Advocate Adam Harrison, had agreed to contribute to the cost of a termination.