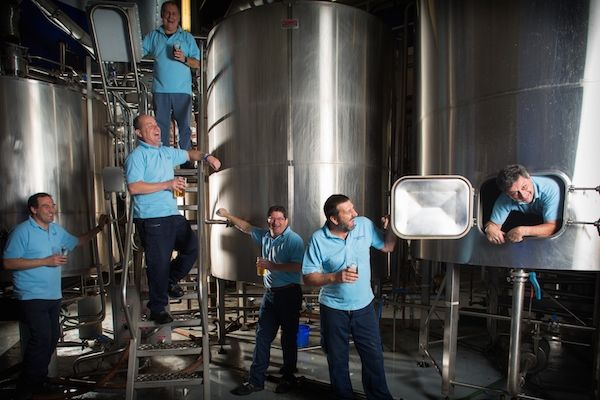 The Liberation Brewery team are celebrating the launch of Jersey's new online Lotto and hope they've pulled off a winner with their new ale.

You'll find 'Winners Ale' - a new dark tawny beer - in pubs around the Island and the Brewery hope some of the Island's lotto winners will celebrate their wins with a pint of it.

Islands Lotto gives you the chance to win £100,000 every month with its Jackpot 6 draw and up to £75,000 on its Instant Win games and raises funds for local good causes.

Islands Lotto's Jason Stratford said: "It's been great fun working with Liberation Brewery to produce Winners Ale. Since we launched Islands Lotto in March over 8,500 prizes have been won on the Jackpot 6 draw and our Instant Win games, and this beer is another winner thanks to the team at the brewery."

The 3.9% ale has a rich, malty flavour that the Brewery says has a honey caramel note on the palate leaving a spicy finish thanks to their careful mix of English and New Zealand hops.

Liberation Brewery's Head Brewer Paul Hurley said: "This is a fabulous celebration beer and we know our customers are going to enjoy trying it. And if they win with Islands Lotto it's the perfect pint (or two) to celebrate with."

You'll find the beer at selected Liberation Group pubs, The Lamplighter in Mulcaster Street - the popular haunt for Real Ale aficionados as well as the St Laurent and St Mary's Country Inn. Winners Ale won't be around for long but could be back on tap later in the year.

The secret ingredient for a 'wild' night out...