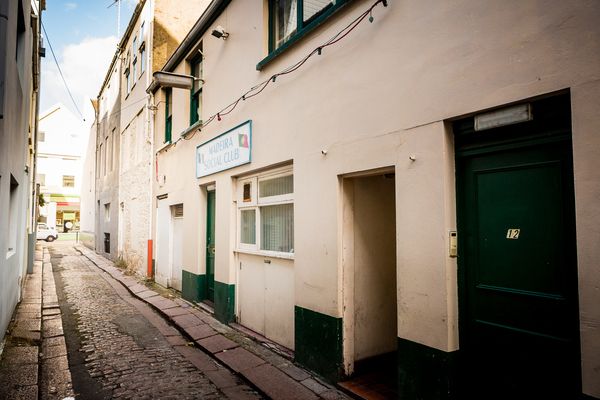 Health inspectors have named Jersey’s 16 worst restaurants in a new food hygiene list – including two rated as “failing to comply with the law”.

The ratings see 14 restaurants given two out of five stars, meaning they’re “poor performers” – but the Madeira Club in Waterloo Street and San Marco in La Motte Street have been given zero stars.

The zero-star rating means that a restaurant or café is a “non-compliant performer, a general failure to comply with the Jersey Food Law with major effort required to rectify issues”.

It’s a bit of a drop for the Madeira Club, which was once featured in an episode of Rick Stein’s Food Heroes TV series. The backlash has already begun - one of the "no stars" restaurants has said that their ranking is based on an inspection done in 2012, and that they have improved since.

Health inspectors have not been around all of the Island’s restaurants yet, but have started putting the rankings online here.

The hygiene scheme, called Eat Safe Jersey, was launched by the Environmental Health department last month and inspections have been carried out at restaurants, takeaways, cafes, sandwich shops, pubs, hotels, supermarkets and other retail food outlets.

Around 50 premises are still waiting to be inspected before the end of the year.

Environmental Health’s Caroline Maffia said: “Almost everyone in Jersey enjoys food made by someone else, whether that’s a great meal out, tasty takeaway at home, shop bought sandwich for lunch or a morning croissant on the way to work. But how do we know if the food has been prepared in a safe manner?

“Eat Safe Jersey rates food businesses on their hygiene standards, based on inspections carried out by the States’ Environmental Health team. Businesses are rated on a scale ranging from a top rating of ‘5 stars’ – meaning excellent – to ‘0 stars’ which means very poor standards of hygiene.

“Now, if you’re planning a meal out with family, friends or work colleagues or just grabbing a quick lunch on the go; don’t only consider the menu – you can check out the Eat Safe rating too.

“Look out for the green Eat Safe stickers displayed on windows and doors. If you can’t see a sticker, then ask staff in the premises or check online.

"Eat Safe Jersey is about providing consumer choice. You will now know the hygiene standards of a premises at its last inspection and can make a choice as to whether or not you wish to eat there. Congratulations to those achieving 5 stars, it shows a real dedication to ensuring the food served is safe to eat."

The 14 premises to get just a two-star rating were: