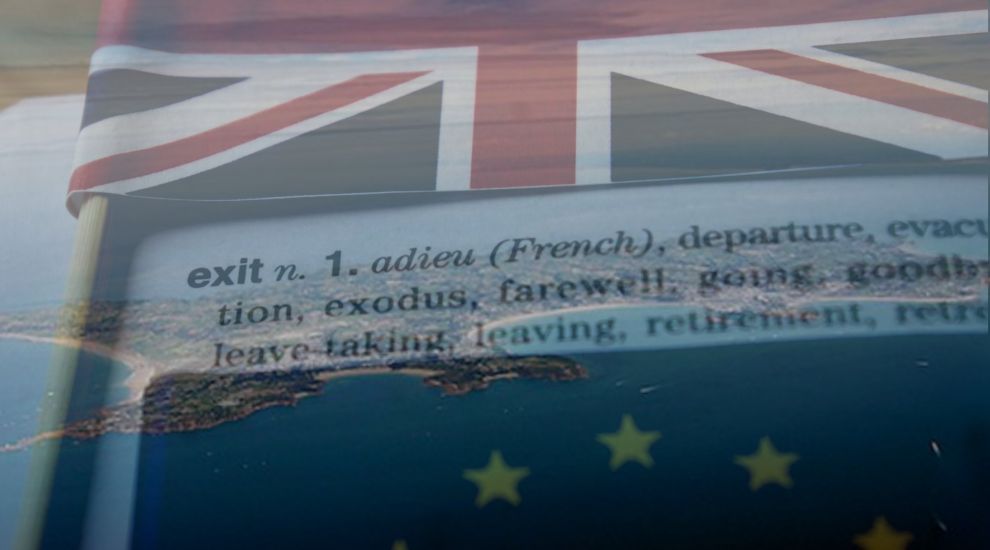 As he painted a tragic picture at a G20 press conference of fishers who “spend days and nights at sea to feed their families” but would no longer be able to do so because they had not been granted licences, French President Emmanuel Macron went on to state that this had been done “for reasons we still can’t understand"...Really?

Jersey has, for many months, maintained that the matter of post-Brexit fishing licences is a technical issue with a technical answer.

Give us the data showing you’ve fished for just ten (10!) days in any of the last three years – even if a scrappy logbook, we really are this keen to have this matter over with – and you’ll get your licence. Simple. Vous comprenez?

Indeed, that was External Relations Minister Senator Ian Gorst’s message when he finally had the opportunity to speak to France’s Maritime Minister Annick Girardin – she of the ‘pulling the plug’ threat – face-to-face last month.

So was something lost in translation? Or has Jersey’s “technical not political” refrain fallen on deaf ears? (And, here, ‘deaf’ may well mean stuffed with ‘Election 2022’-branded earplugs.)

Yes, Jersey officials, and UK ones too, it turns out, can repeat the word ‘technique’ until they are bleu dans le visage, but Ministers like Mme. Girardin, European Affairs portfolio-holder Clement Beaune and the grand fromage himself will continue to hear ‘politique’.

And to some extent, critics have suggested, that’s not incorrect – insofar as the matter has become a political ballon de foot.

France, after all, is likely to be hungry for blood after the UK-Australia submarine embarrassment… and then there’s the Presidentielle coming up – a matter that hasn’t escaped the attention of Environment Secretary George Eustace.

Polling suggests that Macron is likely to secure a second term, but far-right candidate Marine Le Pen is hot on his heels.

Surely, then, it would be a prudent move to appeal to those of nationalist persuasion? If only there was a platform upon which to stand and be seen to be sticking up for national interests…

Interestingly, France’s declaration of imminent sanctions on Jersey came just as the island was preparing to make a “positive” announcement about granting more licences.

Following a process involving Jersey, France and EU officials getting together to effectively check each other’s “homework”, as Senator Gorst put it, Jersey was due to reveal that 70% more vessels were being given permission to fish in local territorial waters than the island had announced the previous month.

But before they could cross the t's and dot the i's on the press release, official Elysée spokesperson Gabriel Attal had told national media on Wednesday that port blockages for local vessels and energy measures were on their way. That was followed up by an official statement from the Maritime Minister's department released that night confirming that such actions would start in a progressive way from 2 November if the desired licences weren't released.

Blindsided by this, the Government of Jersey’s up-to-date statement – still confirming licence numbers, but now with added “disappointment” – wasn’t ready until midday the next day.

That led to misreporting in some French and UK media that the island had pulled a rubber stamping all-nighter in a bid to fend off the reprisals, when, in fact, it was making the announcement it had been planning to all along.

Strictly isn’t the only context where timing can prove key to securing the public vote.

Of course, there’s every chance that this isn’t all cynically choreographed.

Rather than a wilful ‘misunderstanding’ of the technical message, France’s actions can also be read through the lens of a steadily building mistrust for Britain, lit by Brexit and further stoked by the heated issues of submarines, the Northern Ireland protocol and Channel migrant crossings.

A letter from French Prime Minister Jean Castex to European Commission President Ursula von der Leyen leaked to the media over the weekend also reflected the country’s keenness to prove that there was more to lose from Brexit than gained.

Yet, while it could be argued that the island stands to lose more than the UK (its heat and light, if some of the most extreme energy threats are to be believed – though the JEC has been clear that back-up generators stand ready), none of these are battles of Jersey. A non-voter in Brexit, the island has simply found itself in the crossfire.

In the past week, it appears the UK has stepped up efforts to transmit this message on behalf of the island as it mounted a defence against French threats – there have been comments by senior MPs, questions in Parliament, and Foreign Secretary Liz Truss summoned the French Ambassador “to explain the disappointing and disproportionate threats made against the UK and Channel Islands” (though in the end this ‘summons’ took the form of a quiet chat with a junior minister).

But that’s not to say that the UK itself hasn’t played a spot of the beautiful game.

It would be remiss not to note that the front page-dominating arrival of Navy gunboats in Jersey waters ahead of the fishing protests back in May came on the eve of the Hartlepool by-election (when there is typically a blackout on party political content in the media).

While Jersey’s Government welcomed the show of solidarity, it was not one that was specifically requested by any Minister.

Seemingly weaponised to at least some degree by both of its closest allies, Jersey is in an exceptionally difficult position.

It’s one of the reasons that it has kept out of the politics, and stuck to the process. For a technical issue – and, for Jersey’s part, there’s really no evidence to suggest it’s anything but – there’s surely a process-driven way out.

Brexit Minister Lord Frost has floated the possibility of just that: triggering Article 738 of the Brexit deal, dispute settlement proceedings. This morning, Foreign Affairs Secretary Liz Truss gave the French 48 hours to back down.

Watching all of this drama unfold has been the European Commission, whose current tactic appears to be one of keeping its powder dry.

Having declined to confirm to Express whether or not it endorsed France’s threats against Jersey, the only comfort a Commission spokesperson had to offer was: “The top priority for the Commission is to resolve the licensing issue as soon as possible, and that’s what we have been working on in the past weeks and months, and will continue to do so. We will carefully assess specific actions.

Speaking of silence, where's Guernsey? Unlike Jersey, It hasn't yet announced how many French boats won't get licences, but nor has it stated how many will. The island's decision not to act has seen it shielded from verbal fire mostly directed at Jersey so far, but it still stands to lose out if the port and electricity threats come to fruition.

France is sticking to its guns, still saying that its sanctions will begin from tomorrow, 2 November.

Given that Jersey's technical message hasn't got through for months, it's hard to believe that there'll be some substantial breakthrough in the next 24 hours - particularly when the UK is the only one attempting to amplify it.

It’s going to be another interesting week.