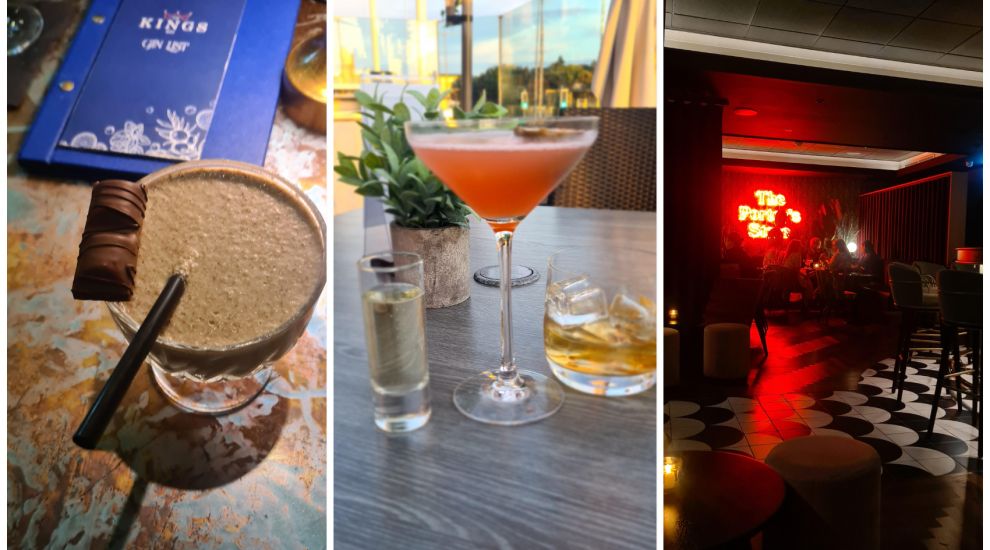 With the summer now truly underway and covid all but forgotten, the true embodiment of 'out of sight, out of mind' (don't lie, we have all been slacking on the LFTs), I've decided to share with you my favourite watering holes.

I am not a big fan of spirits but mixed well, I find them palatable thanks to the lovely establishments below.

Discovered only recently, The Porter's Store became an instant favourite. While its secretive location (if you know, you know - but here is a clue if you don’t: Wharf Street), its speakeasy decor and its laid-back atmosphere all contributed to The Porter's Store shooting up to the #1 spot in the blink of an eye, it really was the cocktail selection that sealed the deal for me. Between signature cocktails featuring local produce and 'Twisted Classics', it has something for every taste, and if you don't drink alcohol or are vegan, don't fret, there is still plenty to choose from!

Personally, I am a sucker for apple juice but until I visited The Porter's Store, I had never found a cocktail making use of what is, in my opinion, a top tier libation. Well reader, I cannot tell you how pleased I was to see not one but two cocktails featuring apple juice on The Porter's Store's menu: 'Staycation’ with Royal Mash vodka, Jersey apple brandy, and black butter, and  'Golden Apple Garden' with gin and elderflower liqueur. I obviously tried both (I had to, really) and they were exquisite, a statement you may find surprising when you know I neither like black butter nor gin. Yet, the flavours in both cocktails blended perfectly and I couldn’t resist going for more.

If this isn’t enough to convince you (picky much?), all cocktails are beautifully presented. I never had a bubble blown on top of my cocktail until then and now it’s all I want. The Porter’s Store might be underground, but the stakes are really high!

Described as a ‘boozy dessert cocktail’, it includes vanilla ice cream, vodka and a Kinder Bueno (obviously!). It tastes just like a milkshake with the booze expertly disguised behind the sweet flavours, which, to be honest, is kind of risky given how moreish it makes it! I couldn’t do it justice with words so do yourself a favour and take a walk down Bond Street to have one.

(Don’t forget to try the ‘Thin Mint’ either, you’ll thank me later!)

While this might not be everyone’s top choice, it is one of my favourites because of the beautiful view on Elizabeth Castle and the top-notch team.

We will resume the culinary explorations in August, but, in the meantime, I hope you enjoy your Harry-approved hangover!

Our strictly anonymous, unpaid and fully independent food reviewer Harry Smiles' column first appeared in the July edition of Connect Magazine. Read the full edition below or check out the full catalogue here...