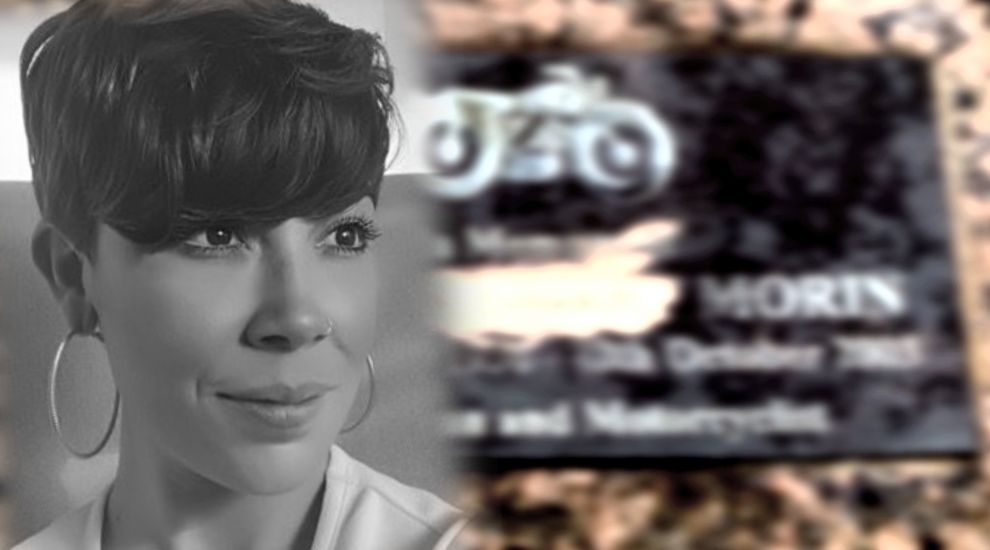 A local wellbeing specialist has opened up about her experience as a mixed race woman in Jersey, explaining why a memorial containing an offensive slur at Bouley Bay is just one of many examples shows that "racism is not just over there, it is here."

Jade Ecobichon-Gray, of Mindset Matters, first tried to get a plaque containing the N-word removed in 2015.

Only now, five years later, and in the midst of a global Black Lives Matter movement, and a protest attended by more than 1,000 people in Jersey, has an attempt finally been made to conceal it.

In this piece for Express, she explores the meaning of the word, what the saga to secure its removal says about the state of play in Jersey, and her hopes for where the island's anti-racism battle will go next...

"The brutal, barbaric and inhumane death of George Floyd on the 25th May 2020 led to protests across America and across the world. Communities came out in solidarity to support the Black Lives Matter movement and demand a change to the systems which continue to result in the pain, suffering and loss of life in black communities.

In a historic moment for our island, we also kneeled in solidarity, more than 1,000 of our island residents listened to powerful black voices within our community who expressed their hurt, sadness and grief. We listened to the ways in which they have experienced racism in our island, and the heart breaking and profound impact it has had on them individually, within their families and in the wider black community. 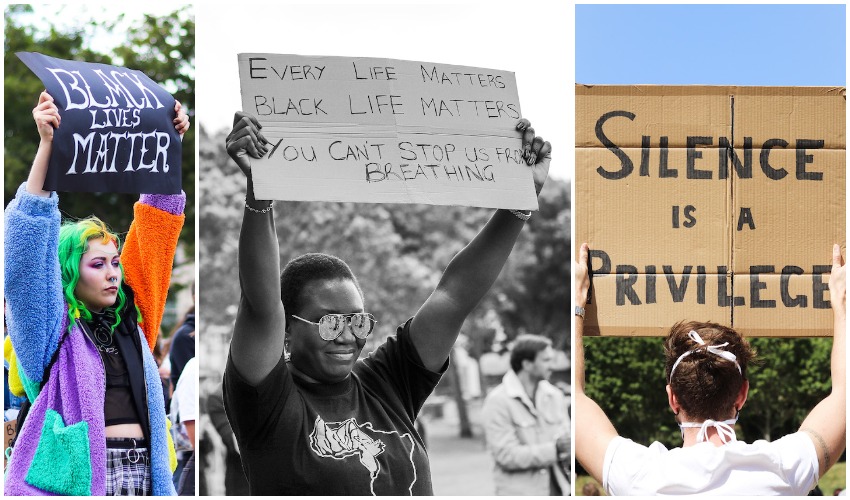 Pictured: Islanders showing their solidarity with the Black Lives Matter movement in a protest on Saturday.

I am a mixed-race woman who was born and raised in Jersey, I attended the protest at People’s Park, and kneeled with my father and my mother. The experiences shared by members of the black community that day resonated with our family deeply, because racism has been a presence in our lives here for as long as I can remember.

We had ‘the talk’ in our house when I was a very young child, perhaps only 4 years old, after both a group of children and a grown adult hurled the N-word at my brother for the first time. I say the first time because growing up black or mixed-race means that you can never confidently say that the last time you heard it, will be the last time. I say that because as a white-passing mixed-race woman I am very often a fly on the wall in conversations and discussions that bear witness to both the outspoken and hidden racism that persists in our community to this day.

This word, that has the ability to cause a pain that is almost visceral in its hatred, is inextricably linked to the violence and brutality inflicted on black people over the course of generations and into the present day. It is a word that became part of a lexicon which sought to dehumanise black people, resulting in countless black men and women being systematically denied access, opportunities, equality, justice, LIFE.

Pictured: Jade says she remembers having "the talk" when she was a young child after her brother was verbally abused.

In 2015 I was sent a picture showing a memorial plaque in Bouley Bay that included this word, unapologetically spelled out in full. It did what it has always done, what it was created to do, it cut my legs from under me and brought a tidal wave of anger and sadness. My immediate response was to find it and tear it down, such was the anger that it invoked me. To know that the place in which I was born and have always called home sees no problem in displaying the ugliest word in human history in a public place leaves me with complicated emotions about my identity as a mixed-race Jersey woman. But to do so would only have cast me as the perpetrator of a violent act, so I wrote letters expressing my hurt and my disgust that this was deemed acceptable when it was put up in 2003.

The response received from the Constable Philip Le Sueur is forever etched into my memory: "Although today it would perhaps not be considered politically correct, in the circumstances I don’t propose to take any further action.”

In 2015 the message was clear. Black lives and the lived experience of black and mixed-race people don’t matter. Your pain is not our problem. This is the very reason why Bouley Bay is connected to Black Lives Matter, because in that moment it was made very clear that a plaque which includes a word that has caused more pain to black people than any other word in human history, did not require removal or any further action.

When the news of George Floyd’s death began circulating all over social media, I refused to watch the sickening video of a black man fighting for breath, handcuffed on the ground with a foot on his neck. I don’t need to watch it to know that the injustices experienced by black people, in all their forms, are perpetuated by the dehumanisation carried through generations, which is summed up in one word. A word that is on public display in Jersey.

Usually the outcry related to the loss of black life is heartbreakingly short-lived, people post and then they move on. But the tide seems to be turning and, in this moment, it felt right to re-ignite the issue, to centre Black Lives Matter in this community, because racism is not just over there, it is here.

Following my social media story people began writing in support, outraged by the memorial and its continued presence in our community. And whilst I am incredibly heartened to know that in this moment people made a commitment to action, the plaque has not been removed. Instead an attempt has been made to paint over it by a member of the motorcycle club who originally commissioned it. Again, Mr Le Sueur deems this to be a satisfactory outcome, again he proposes no further action, again it is not good enough.

This all leaves me with uncomfortable but necessary questions.

If 1,000 people in a park were disgusted to hear that this word is being aimed at people in our community, why has the plaque not been removed entirely? Why did it take a chorus of mainly white voices joining me to legitimise that it matters? Part of the answer can be found in the fact that in 2020 black people must still assemble en masse to hold up signs which implore other people to acknowledge that their lives matter.

We must LISTEN to the voices of black people. We must STOP TALKING and start educating ourselves without bombarding black people to hand hold us and explicitly explain where and how we can do this. Our education is NOT their responsibility. Many black & mixed educators and activists despite their grief and loss and anger and soul weariness, have highlighted resources to support anti-racism learning. . Follow the below accounts, purchase resources, pay them for their work, read posts, reflect on them, meaningfully engage, and most importantly amplify black voices on your own platforms. . We must allow a whole community of people to engage in self-care, to take time out, to REST ♥️ . As a white passing mixed race woman who holds privelege, I am committed to holding myself accountable to continue to DO THE WORK required to unpack my privelege, the way it shows up and the way it harms black people. . TAKE ON THE FIGHT, EDUCATE YOURSELF, TALK TO YOUR CHILDREN, MAKE A PLAN TO BE ANTI-RACIST, SHOW-UP, SPEAK OUT. . This is OUR issue. All of us. . ACCOUNTS TO FOLLOW: Please feel free to tag more accounts in the comments section ☺️ @rachel.cargle @laylafsaad @mammyisdead @porshanality @theconsciouskid @shade_podcast @wearyourvoice @blackcoffeewithwhitefriends @blackandpodcast @thenapministry @mixedbloomroom @halu_halo @coconut_twist @ckyourprivilege @3tokenbrowngirls @catriceology @leatamae @jessicawilson.msrd @blackandembodied #whiteprivilege #whitepassingprivelege #antiracism #blacklivesmatter #dothework #getuncomfortable #change

The demonstration in People’s Park was an incredible step in Jersey’s commitment to tackling racial injustice but there is a long, hard and uncomfortable road ahead of us if we want to action real, sustainable change in this island.

It started with a protest, it will continue with the fight for the removal of a plaque, and in the centre of it all, which has yet to be discussed, is a conversation about white privilege."