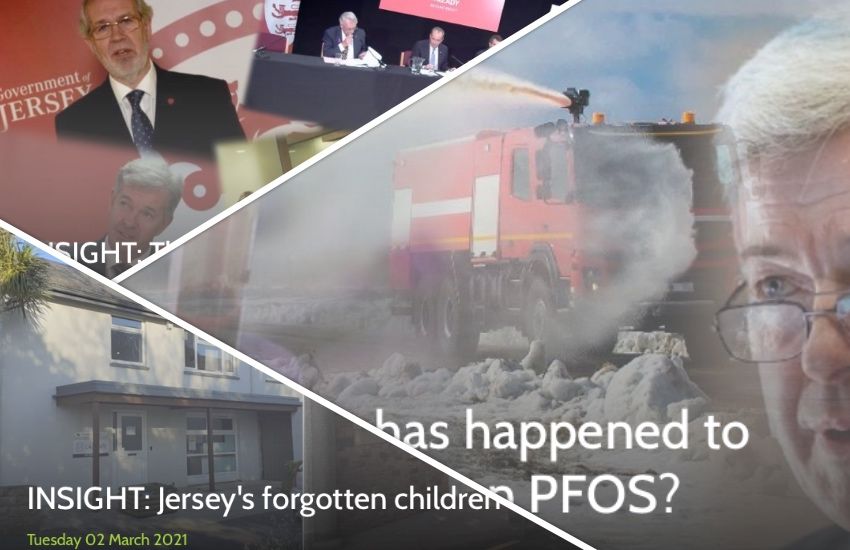 When you get two major brands such as the Daily Mail and Google deciding to do public battle in court, you know that the stakes are high.

It’s all part of a bitter row over digital ad revenues, which has been building for some time, and includes allegations that the global search engine has pushed Daily Mail stories down its rankings - something Google strongly denies.

The detail of that will be picked through by the US courts – but taking a step back, the broad issue at the heart of the case is relevant locally to anyone who reads ‘the news.’ 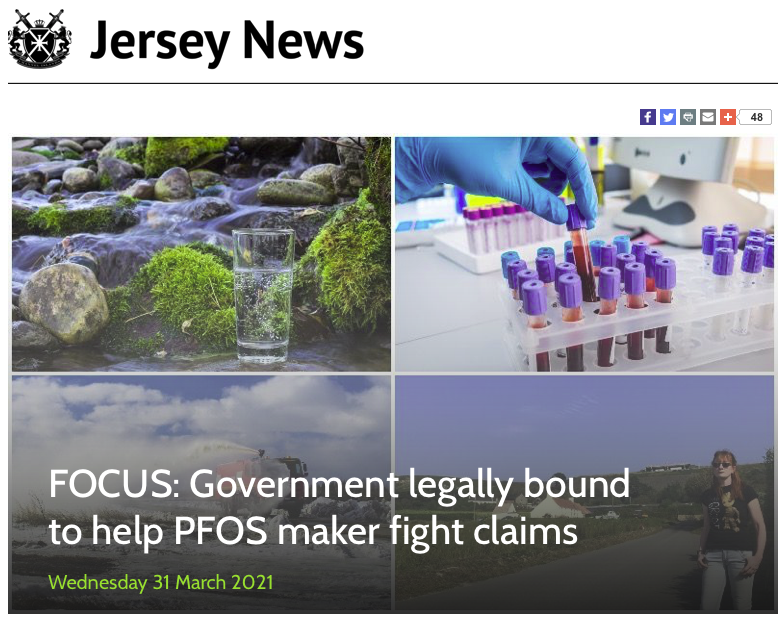 Pictured: Express reported on the 'secret' deal between the Government and fire-fighting foam manufacturer, 3M.

On a local level, Google and Facebook compete for the ad budgets of Jersey organisations. The media here are no different from many other local businesses who all have to win their customers against major International brands, with resources far outstripping their own.

The sales teams of the local media have to embrace that challenge, and successfully make a strong argument for ‘spending local’ every single day – the media business has changed fundamentally, and it is now, quite genuinely, a global market in which the world’s media giants are also sitting at the local table in every customer pitch. 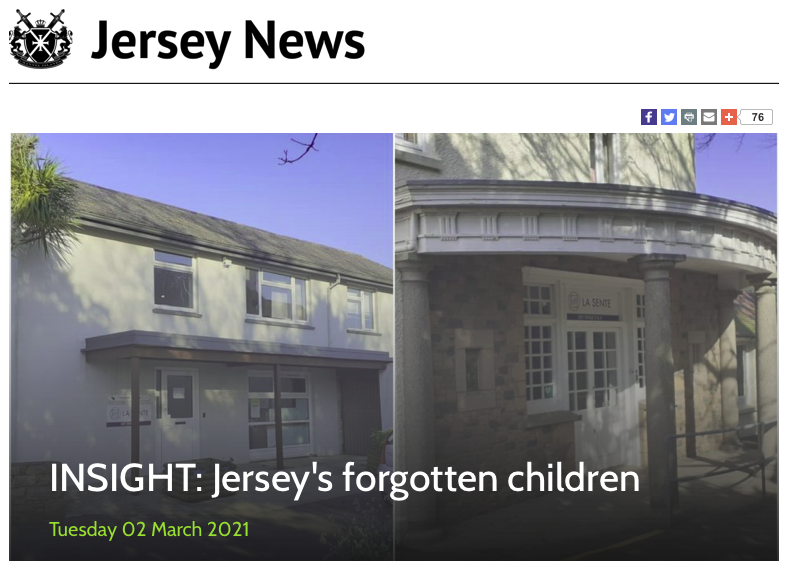 Pictured: One of the recent Express investigations. Click to read.

From a news perspective, what makes that competition fascinating is that neither Google, nor Facebook, actually produce a single word of content themselves, they rely on news organisations to do that for them...and then everyone competes to sell advertising based on the audience gained. That’s the reason why both of those firms are discussing some form of payment with the actual content producers. We'll see how that develops, and if anyone knocks on our door in Bond Street any time soon.

But the point is that ‘content’ – or, as it used to be known, great news stories, pictures, cartoons, features, profiles, analysis and comment – has a real value.

Journalistic work covers a broad range, from the simple amplification of a government announcement (which in a social media world, actually has a very low value now anyway, since the government can reach a wide audience itself) to the well-researched, and carefully put together original story which breaks new ground, and informs, stimulates or entertains in a fresh, important and creative way.

The latter is where professional journalists show their expertise, and it costs money. To consistently provide that level of content, month after month, needs investment in talent, in training, in culture, in infrastructure and in regulation. It is what people really mean when they talk about investigative journalism, and it is essential in any healthy democracy. 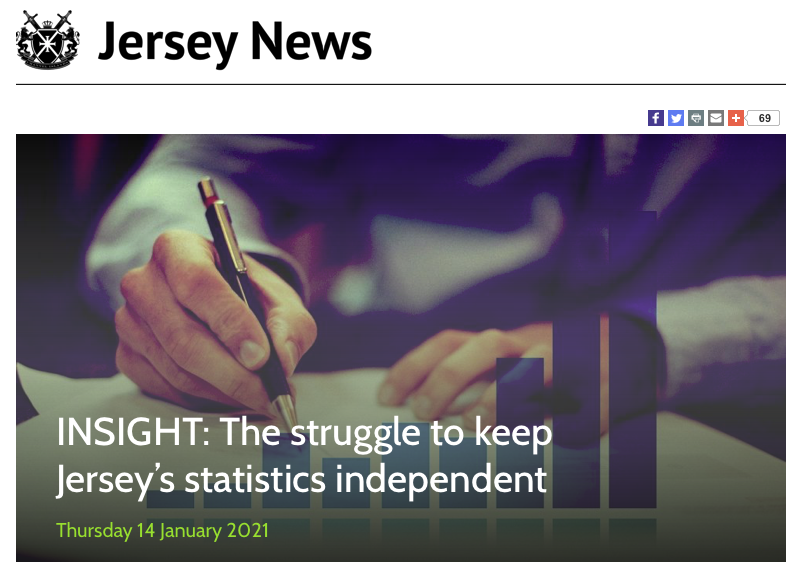 Pictured: The Express investigation into the departure of the former government Chief Statistician, Duncan Gibaut.

The last year has shown that the audience's appetite for original, trusted and well-researched material is stronger than ever, as people remember that the quality of the information on which their form their thoughts, truly matters.

In simple terms, demand has increased, whilst the resources needed to meet that demand have become scarcer than ever, as global competition divides budgets into ever thinner slices.

Reading information in today's world is as simple as flicking your finger across your phone screen - but being able to understand what you are reading is very different, and that is where the professional media can add value, not least because they are accountable, and readers / listeners / viewers have a very clear process to follow if they feel aggrieved. 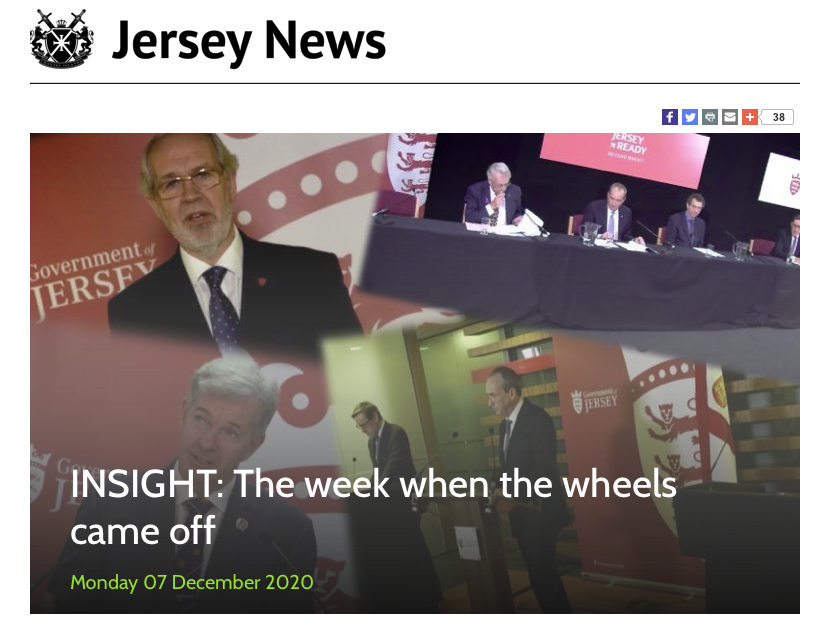 Pictured: how Express analysed one of the most difficult periods in the covid pandemic.

So, the commercial media are adapting to meet that challenge. Online media are learning from newspapers who have always mixed revenue from subscribers in the form of their cover charge, with their money from advertising and commercial partnerships.

Publications like the Financial Times are leading the way in getting the right mix between advertising and subscriptions.

Express is no different. Back in October, we launched Bailiwick Premium, which in return for a subscription of up to £4.95 a month, we offer a very wide range of discounts at popular local businesses, and access to selected content, such as today’s story about the many gaps in our knowledge about the money flowing in and out of Jersey, and why that means the island could be at risk of having its financial system abused by terrorists.

We will continue on this path of adapting our business to succeed in a globalised market, because our core purpose as a local news provider remains the same: to produce original, important, stimulating and entertaining stories which help our audience to understand life in their island.