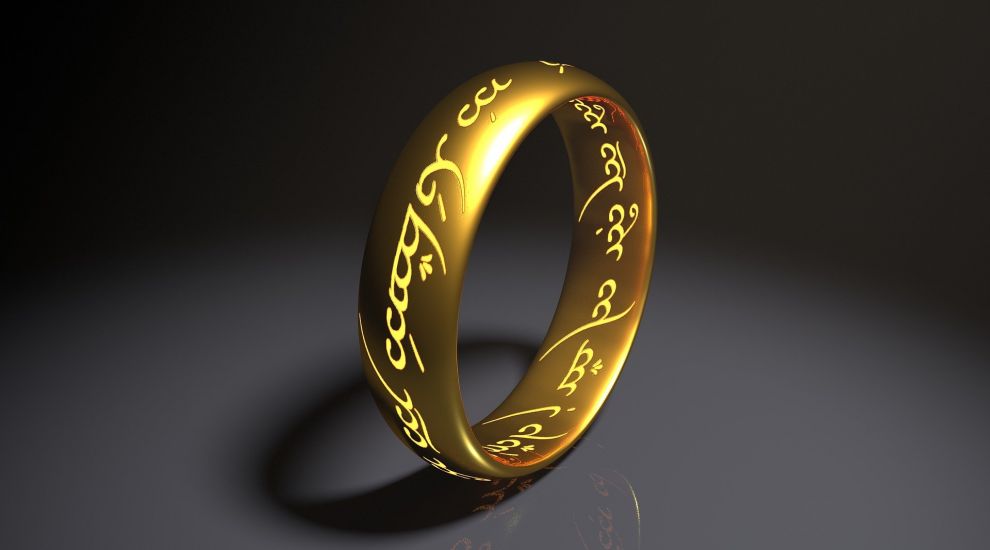 And so, the Council of the Chief Minister’s Ring, on their quest to bring peace, tranquility and an overpriced hospital to the people of Middle Jersey, faced their greatest challenge yet.

Leader of the Fellowship was Fondro Baggins of the Lawrence Shire, reluctantly carrying the burden of state.

He looked to his side for his trusty companion, but Sam Not-No-Wise Mezgee had fled, seduced by the lure of Moore-dor, and its promise of a new order to rule them all.

There was the Assistant Elf from the South-East Parish, Legless, who sat astride his White Horse ready to fire arrows from his Strongbow.

Then there was Aragorst, heir to the Kingdom of L’Etacq, who brooded under his cloak, hand on the hilt of his sword, contemplating a reshuffle of the Fellowship.

There was Lyndi, son of Farn, a dwarf with a magic cloak which allowed him to magically disappear whenever the going got tough.

And there was Lendalf the Grey, the wily old wizard of past campaigns who had learnt to deflect the toughest of challenges by wearing a coat of non-stick mithril. He carried the Constable’s baton of hokery pokery.

Unfortunately, Taddy Montybuck, one of the hairy-footed hobbits who had been part of the company and protected the great fortresses of history, was nowhere to be seen. And Stevegal, also known as Pallum, who enjoyed catching fish in his mouth while he swam in the sea, had also escaped to join the ranks of Moore-dor.

The much-rankled Fellowship faced a battle for survival against these mounting forces, which were allegedly backed by the all-seeing eye of Sozouf - a weakened past-wizard who some claimed was manoeuvring for a return.

But before facing the orcs of Moore-dor, little Fondro Baggins and his companions first had to negotiate the Mines of Morier House - to try to find a legally tight and half-decent Brexit deal with the crafty Wormtongues to the north.

They then had to go Isengard, just off Broad Street, to dispatch Parkaman, the powerful wizard, who ruled his kingdom from inside his white, ivory tower.

He was attempting to create an army of foot soldiers prepared to mercilessly follow his words of command without question. His devious plan almost succeeded but his attention was diverted when he gazed towards the golden spires of New Rivendell.

The people of New Rivendell wanted him to join them in their quest to build three shopping centres and four pubs in the Forest of Fangorn. Parkaman agreed but in doing so, he cracked his sworn allegiance to the Order of the States.

Wounded and weakened, Parkaman was no match for Fondro, who stuck in his blue-tinged dagger Sting into the wizard’s back, and watched him retreat into the darkness. In the euphoria of victory, though, no one saw Parkaman silently enter the Lonely Mountain, pocket a pile of gold, and disappear quietly towards New Rivendell.

With the battle of Isengard, off Broad Street, over, the battle for Middle Jersey could begin.

Fondro Baggins and his Followers faced the Supporters of Moore-dor, whose singular battlecry of, “No one can question the Chief Minister’s integrity but …” echoed around the foothills of Mount Doom.

Seemingly outnumbered, Frodo’s men mustered great courage: “Now is not the time for disruptive change,” they cried together. “You shall not pass (this Vote of No Confidence)!”

Even at the end of the great battle, with both forces tired and emotional, no one could quite work out who had won - with duplicated body counts and confusion over who people had actually supported. “Did I slay my enemies in the chat or the link?” soldiers from both sides asked.

But after much to-ing and fro-ing, the forces of Fondro prevailed and the backers of Moore-dor retreated to lick their wounds, re-muster and speak to TV reporters in the Royal Square.

So, for now, peace and tranquility were restored. Frondo, although desperate to return to the comfort of the Lawrence Shire, bravely decided to continue to carry the burden of the Chief Minister’s Ring and lead a disparate band of elves, dwarves, men, wizards and halflings.