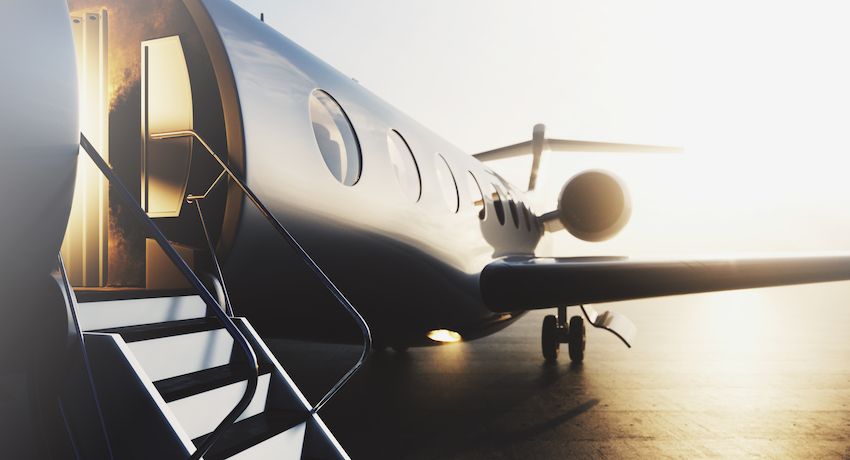 Jersey’s aspiration to be ‘world-class’ in everything it does has once again been realised with the island becoming a global leader in how not to run an aircraft registry.

With such a reputable finance industry, robust infrastructure and great connectivity, the island had hoped that the global elite would be lining up to sign up to display a specially created prefix, which cleverly stood for ‘Jersey Excellence Radiates Knowledge - Offshore Finance First’.

But customers appeared reluctant to sign up, nor was there much stomach to have the prefix written down the side of their aircraft.

Instead, where Jersey has nose-dived, its Sarnian neighbour has more planes than a woodwork college.

A spokesman for the Jersey registry, Joey Yallo-Plane, said: “We were initially hoping to attract a single-engined German-built plane to the JAR but, in the end, the little Fokker went to Guernsey.

“And then an American twin turboprop was looking likely but it went to Guernsey too. That was a Beech.

“One day we were excited when someone asked for a Pilatus instructor but it transpired that they just wanted to strengthen their tummy at a nearby gym.

“In the end, we had only one aircraft on the registry, called the ‘Spruce Goose’, which was owned by Mr H Hughes of California. Apparently he was looking for ‘Long Beach’, so we put his address down as Grouville.

“But in the end, we had to tell Mr Hughes to move his aeroplane to pastures new.”

Mr Yallo-Plane added: “Unfortunately, with the JAR, we thought we had got a golden goose but ended up with a lame duck.

“We had envisaged that sky-high fees, soaring costs and first-class incompetence would be entirely appropriate for an aircraft registry but it appeared not to be the case.”

Meanwhile, a spokesman for the Guernsey Registry, Capt Reg Too-Works, said: “Much as I would like not to gloat at this stage, but