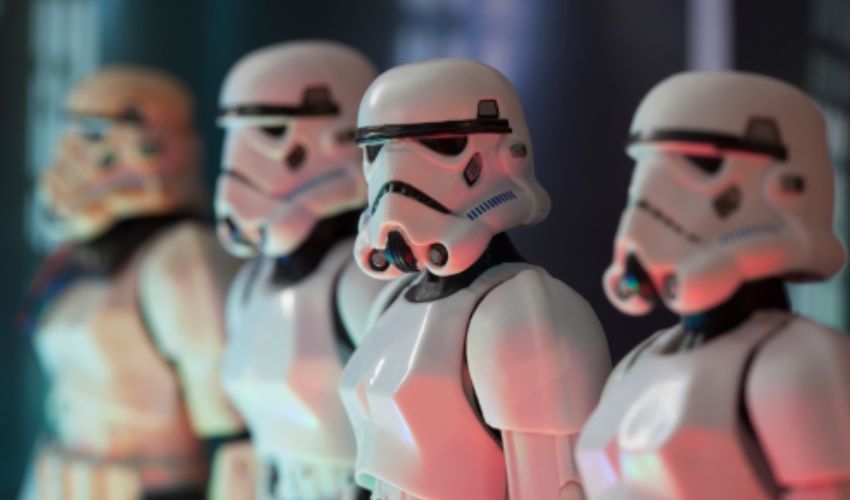 With every charity, union and business group wanting to justify their existence by holding their own hustings, online and ‘in person’, some exhausted political wannabes are saying enough is enough.

Tomorrow, all candidates have been invited to a hustings organised by the Lower St. Lawrence Model Railway Club, where they are expected to be asked for their views on track layouts, body-shape discrimination faced by platform controllers, and whether they would support a Hornby-Revell coalition.

Later that evening, the Trinity Charades Society has opened its doors to all district hopefuls, where they have to share their political message without uttering a word.

With the clubhouse next to a field of young male cows, some candidates may appreciate the handy ‘sounds like’ reference when describing their policies.

The next day, it’s hustings organised by the Jersey Star Wars Stormtrooper Division (St. Ouen Battalion). Chaired by their president, Aubiwan Quénault-bee, the hustings will require candidates to present their manifestos in Bocce, or alternatively in the binary language of moisture vaporators.

Candidates will also have to survive the battalion’s Jedi mind tricks, forcing them to tell voters to ‘move along’ and ‘tick none of the above’.

Finally, just two days before the election, all 90-plus hopefuls will have to attend a hustings hastily arranged by Labourers, Gardeners, Builders, Tilers and Quantity Surveyors - otherwise known as the LGBT&QS Community - to share their views on construction, landscaping and cuplock towers.

One exhausted candidate spoke to News Eye anonymously: “I’d love to knock on more doors in my district but instead I feel compelled to attend all these online and in-person hustings from pressure groups.

“Sometimes I wonder if they’re being held for the benefit of voters or just for the organisations themselves, so they can look all big and serious.”