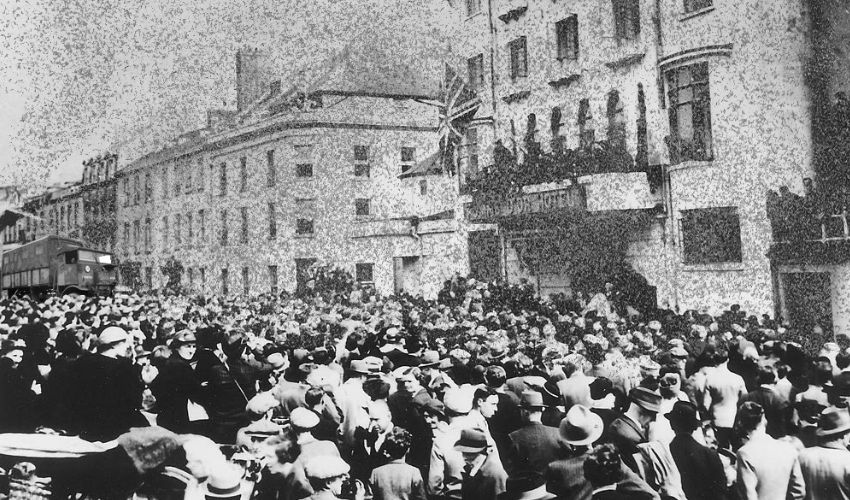 A new account of Jersey’s most famous day 77 years ago has emerged, which reveals that a new weapon was used to ensure a quick German surrender.

Fearful of drowning in millions of red-and-white bits of paper, thousands of Germans emerged from their bunkers with hands aloft and white flags flying.

Islanders gathered in the prophetically named Liberation Square back then were told not to say anything about the cannon, lest Uncle Joe and his Red Army get wind of it, although some bits of paper did blow as far as Moscow.

But almost eight decades later, the truth about the invention can emerge. 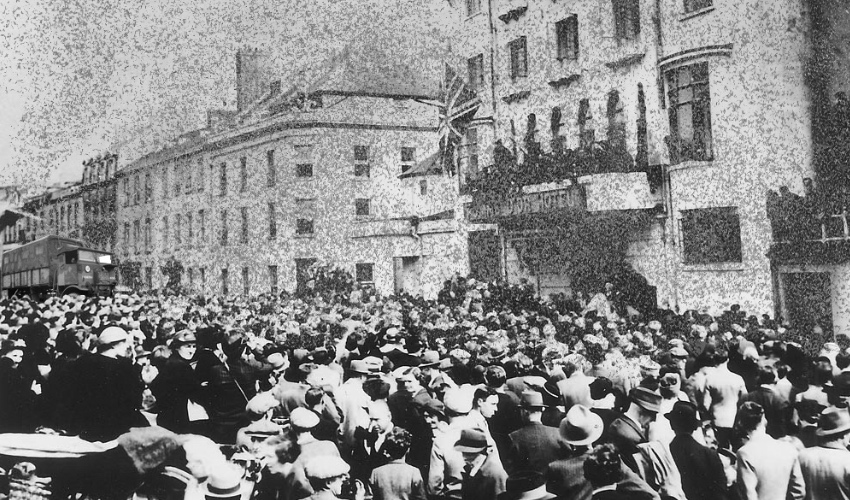 Pictured: A photo of Liberation Day. Eagle-eyed readers may spot the confetti-firing Bedford truck to the far left.

The cannon came ashore off one of HMS Beagle’s support ships, HMS Cockapoo, and was attached to the back of a Bedford QLB, driven by Force 135 Sergeant Harry Uppun-Waite.

It followed the landing party, which was led by Lt-Col William Robinson MC, RA, GCSE, who had spent the morning negotiating with Gen Hoffmeister-Beer on board HMS Labradoodle.

Next came Lt Ronald McDonald of the Fast Catering Corps, who with his American colleague Sgt Wendy Burger (Kentucky First Company), had been sent specifically to arrest the Commander of a German masked sabotage unit from the country’s largest port, known as the Hamburglers.

And then came the cannon, producing more bits of paper per second than a shredder at a Russian oligarch’s private office. 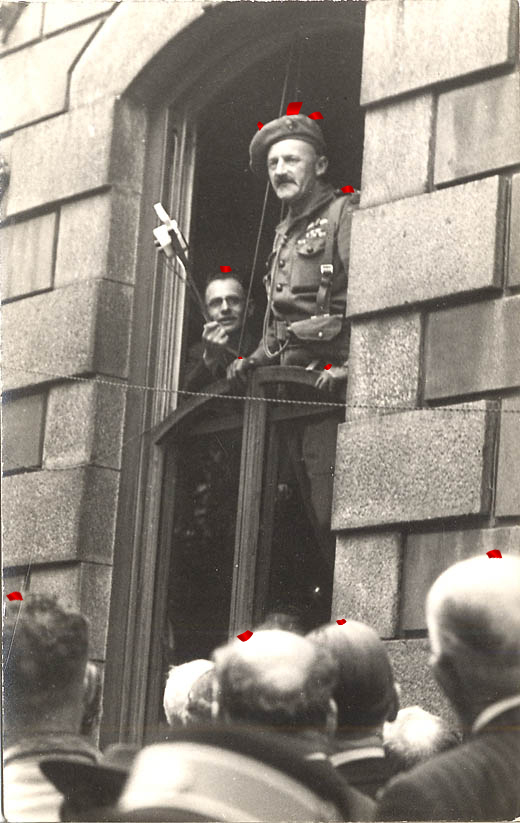 Pictured: Col. Robinson unfurls the Union Jack at the Harbour Office, next to someone holding an early version of a GoPro.

In less than a minute, every street, property, pavement, vehicle and bald head within a mile of Liberation Square was covered in paper strips. Terrified of having to sweep it all up, the Germans immediately surrendered.

So effective was the weapon that, 77 years later, pieces of paper are still being found in corners, drains and gardens from Westmount Road to Howard Davis Park.

On the day itself in 1945, Lt McDonald’s brother Terry was the only islander disappointed: he had been hoping to celebrate by firing 6,000 rockets in St. Aubin’s Bay but was told they would create too much of a mess, unlike the paper-firing cannon.