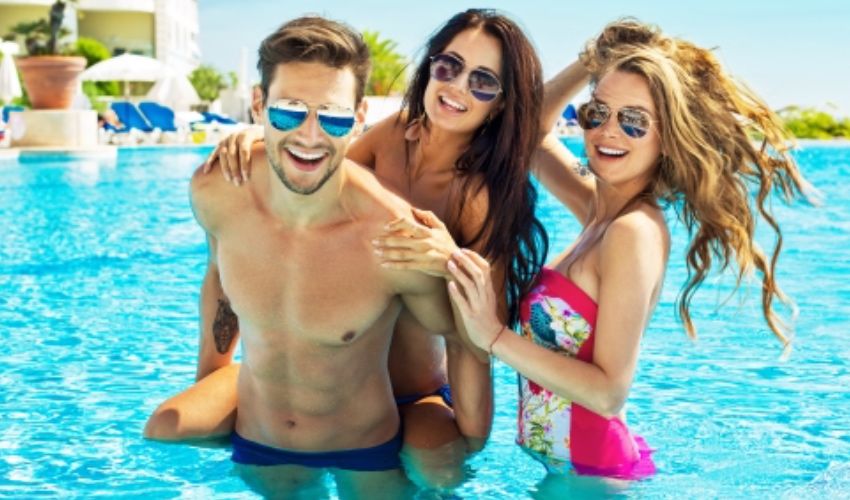 Famed for its beaches, deep-blue seas and soaring rates of Covid, Jersey is to be the setting of a brand new reality TV series.

In Covid Island, young beautiful people will stay in a beachside villa and try to avoid catching the virus off each other.

At the end of each episode, the contestants will have to be coupled up with each other for three reasons: they’re either both positive, they’ve both negative or they’re both trying to contact the coronavirus helpline.

But winning a £50,000 top prize won’t be easy: Ministers from Jersey will send them confusing quick-fire text messages about what they’re allowed to do, where they should be working, whether they should be isolating and if they can travel.

One small comfort is that they won’t be pinged by Jersey’s contract tracing app, as most people stopped using it within three days of downloading it.

Contestants will fly to the island from across the British Isles this week, lured here on a promise of riches, celebrity and the fact that the island is ‘safe’.

Their first challenge after getting off the plane will be to try to avoid catching covid in the overcrowded arrivals’ hall while waiting to be tested and for their bags to come.

They’ll then get on a sweltering coach, with no one wearing masks, and have welcome canapés at a busy restaurant before finally arriving at their villa.

There, they’ll try their best to avoid getting the virus with only a jab or two as protection.

Responding to the news that TV producers had chosen Jersey over Spain and Greece to film the series, a Government spokeswoman said Ministers were “overjoyed”.

“As we all know, Jersey is the safest place in the world when it comes to covid,” she said. “That’s because we opened our borders at the earliest possible stage and invited the virus … umm, sorry, tourists in.

“This was reinforced by another credit agency, Moody-cause-I’m-Isolating, who said that Jersey’s covid rates make it one of the world’s leading IFCs (Infection Friendly Centres).

“And Jersey complies with all the standards set by world-leading international bodies, such as the European Centre for Disease Prevention and Control.

“We really are at the top of the leaderboard of these globally recognised organisations,” she added.

Covid Island isn’t the only TV series to be potentially filmed here this year. Shooting will hopefully soon resume for the second series of the Isolating Housewives of Jersey.

And there has also long been talk of a return of the Island’s most famous detective, Bergevacc, whose first case reportedly will be to discover why so many people who have been double-jabbed have caught Covid this time round.

(WARNING: May contain satire... or possibly not even that.)