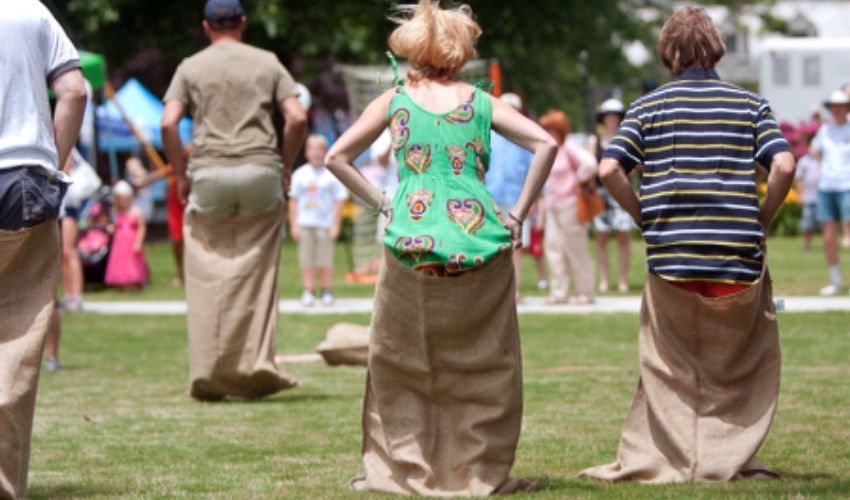 The annual Jeux Inter-Jumelage games - held between Jersey’s parishes and their twinned French towns - is expected to take on increased significance this year in light of the current fishing dispute.

The games are usually a joyful occasion to celebrate cultural ties, with sack races, obstacle courses and cooking competitions the norm.

However, this year’s event, which will be hosted by Jersey, will include a set of new disciplines, including boat-biffing, mud-slinging, humble-pie-eating, face-saving, plug-pulling and in-fighting.

Last week, Jersey sent out official invitations to the 12 towns twinned with its parishes. However, when the French received their letters, they found out that competitors would have to provide a full medical record, with x-rays, to prove they hadn’t taken any performance enhancing drugs.

They also have to provide the make of their maternal grandfather’s first watch.

And competitors who had earlier expressed a preference for a particular event found they were entered in something entirely different.

For example, 91-year-old Edith Le Grand from Saint Hilaire, which is twinned with St. Peter, had expected to enter her confiture de framboises in the jam-making competition but is now entered in the truck-pulling event.

And burly fisherman Christophe Mouton from Portbail, which is twinned with Grouville, had wanted to compete in the new sport of ‘inappropriate musket firing’ but found himself in a bonnet-making playoff with Jean de Gruchy from Fauvic.

Facing complaints, island organisers said they had only entered competitors in the events they had requested in correspondence that had been sent from France to Jersey via the Solomon Islands, Japan, Greenland and St. Helena.

They also defended the new events, arguing that the packed agenda also included more traditional Jeux Inter-Jumelage disciplines, such as the tug-o-fishing-war, egg-on-face-and-spoon race, and the Madame-Girardin-should-get-the-sack race.

St. Brelade is expected to face particularly strong competition as it is twinned with Granville, the epicentre of Norman discontent.

A Parish spokesman said: “We’ve heard that the Granville team is treating the games very seriously and has been taking advantage of a specialist cryochamber that they happened to find on the quayside.

“They’ve also been lifting, squatting and curling concrete blocks and other building equipment that they found lying around at the docks. We’ve heard that they’ve all got big mussels, and even bigger scallops.”

Tickets for the hotly anticipated games, which will be held at low tide at the Minquiers due to a lack of scheduled ferry sailings, go on sale tomorrow. They are priced at £1 or €75.

NEWS EYE BREAKING NEWS: Since publishing the above story, News Eye has learned that the original Jeux Inter-Jumelage, with its spirit of cooperation and friendship, is back on.

This was after both sides suddenly realised that they were merely pawns in a phallus-swinging exercise going on between London, Brussels and Paris and that Jersey’s culture and history were so tightly intertwined with their French cousins that it was time to shake hands and move on, regardless of what the Machiavellian big-nobs in the capital cities were saying.

NEWS EYE: Flood of CEO applications after news of £500,000 payout