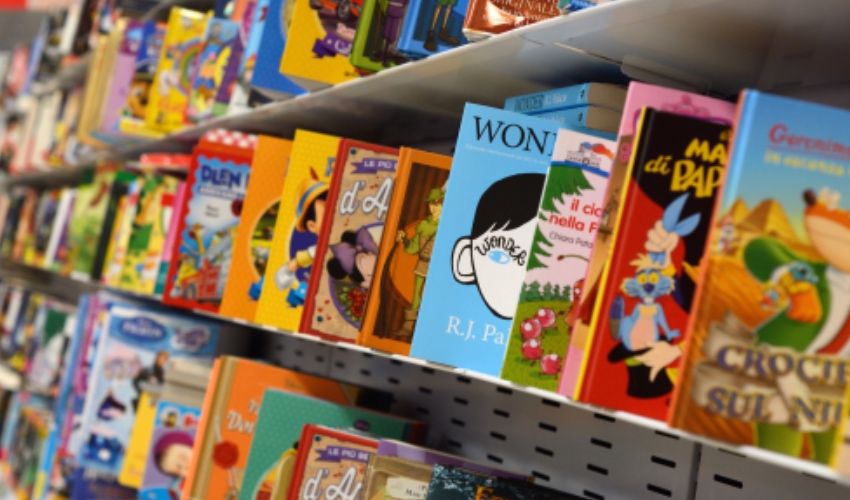 This week, News Eye compiles the Top 20 Jersey children’s books, as chosen by you.

Are you sitting comfortably?

Little Miss Sunshine Avenue likes to walk around the Grainville Playing Fields, where she meets up with her friends Victoria Cottage, Della Raineroad and Chas Brunet.

A group of friends and their dog leave their homes and families to go on an epic adventure to see the Great Wall, via Morrison’s and the bookies.

A bear from the north-west leaves 100 Vergée Wood to head to town to buy a newspaper from Christopher Robin, who lives at Cheapside.

A little boy visits lots of alien worlds that don’t make any sense to him, including Les Cinq Chênes, Belvedere and Rue de la Hougette during the St. Michael’s School pick-up.

A family moves from St. Helier to Corbière to be closer to their father, who has been falsely imprisoned at La Moye. On the way, they befriend an old man who always cycles up the path and gets a pint or seven at the Horse and Hound. Together, they get dad off the hook, after a few games of pool.

The unloved child of wealthy bankers moves to a penthouse at Castle Quay, and soon discovers some hidden greenery, where she learns to drink cherry vodka with her mates.

An ageless child lives through a lockdown, where everyone helps each other out, takes refreshing long walks and enjoys the pure air due to a lack of traffic. Unfortunately, the busy, soulless and stressy life of the past quickly returns and he’s told to sling his hook and stop dreaming about Never Never Land.

13. Tintin and the Crabshack with the Golden Claw

The famous boy reporter goes for a meal in St. Brelade’s Bay, where he finds the dastardly Rastapopulous has turned the beach into a carpark.

Red-haired Anne Surely goes to live off the south coast of St. Clement where she collects shells and learns to outwit the kids who start fires by the granite wall.

A mouse meets a strange creature from the east who lives in a marsh, plays golf and drinks at the Pembroke.

10. The Sion, FB Pitch and the Warr Robe

A family moves from St. John to St. Clement, where they find a mystical world, and the official garments of the Housing Minister.

The tale of the Infrastructure Minister’s time at public school. Young Tom is asked to review the infirmary’s planned upgrade. In doing so, he has to outwit former Deputy Head Boy Lyndon Flashham, who takes every opportunity to scupper his plans.

A man is shipwrecked near La Rocque, where he has to learn to understand the natives, who all live in posh beachside houses. He befriends one of them, Woman Saturday, and everything is ok.

Young Charlie Parker wins a golden ticket to move to Jersey, where he finds it to be a land of chocolate milk and honey. He sets up a policy factory with a revolving door for his friends. But those smart little Oompa Loomper islanders have other ideas …

A tale of youth set in the 1990s, which charts the progress of a group of sweet innocent children who discover the joys of drinking, moshing and pogo-ing shirtless next to an ever-energetic and ever-perspiring Mad Mark while ‘Smells Like Teen Spirit’ blasts onto the dancefloor.

A group of laid-back animals who enjoy growing hemp rebel against the humans who want to kick them off their land.

4. The Tale of Peter Rabet

A Jersey-born rabbit grows potatoes, carrots and calabrese from his plot in St. Peter, and then sells them from his hedge-veg stall.

3. The Wind at the Willows

A popular daycare centre falls down after an extra potent meal of bean crock is served to its elderly residents.

Peter’s long-eared friends face a fight against Planning when they try to turn their dilapidated warren and into a luxury 1(1)k beachside residence.

Living in an idyllic bay in the south-west, Fungus lives off a diet of potato hooch and ice cream. He spends his day trying to scare inconsiderate boat owners who bring their vessels too close to the beach and have their music blaring too loud.