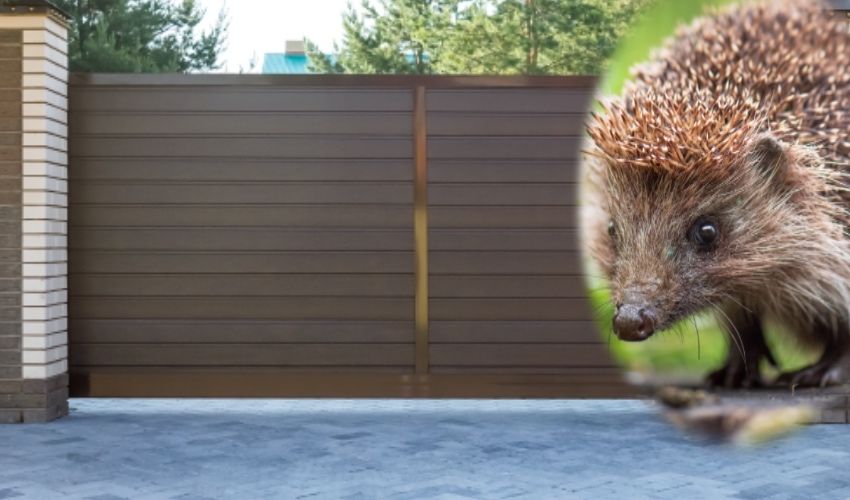 News Eye Party leader Brian, a hedgehog from St. John, has launched a new policy that will feature in its hotly anticipated manifesto.

If elected to government next June, Brian and his party will introduce a ‘Posh Gate Tax’ to increase revenue and dissuade rich people from building huge forbidding gates outside their properties - which seems to be the done thing these days.

On a philosophical level, the party is against the “p*ss off, world” message that a pair of giant gates projects. On a practical level, Brian and his fellow spiky mammals face a tough time getting under them.

Snorting heavily - as hedgehogs are wont to do - at this emerging trend, Brian told a packed news conference that PGT was progressive as only rich people seemed to want, or could afford, to erect these most un-Jerseylike hostile barriers.

Fortunately, a translator was on hand, who relayed: “In Jersey, the only gates used to be at the entrances to fields or farms to keep the cows in.

“You might find one or two home gates, but these had wide pickets and rails, giving me plenty of room to head into gardens for a midnight snack.

“But now, we seem to be building these mansions and gated compounds, where everything is hidden behind intercoms, security lights and impregnable steel and iron.

“My spiny porcupine relatives have reported seeing things in South Africa, along with razor wire and big signs warning of ‘armed response units’.

“They snort at me, ‘But you have no crime; why would you want such things?’

“Unfortunately, I don’t have an answer for my quilled cousins.”

But taking a more optimistic tone, Brian said he hoped PGT would lead to a change in behaviour as the Island’s wealthy realised what a message they were projecting.

The tax will start at £10,000 for an ostentatious gothic affair, rising to £20,000 for a block-out-everything panelled carbuncle.

WARNING: May contain satire or something vaguely resembling it.