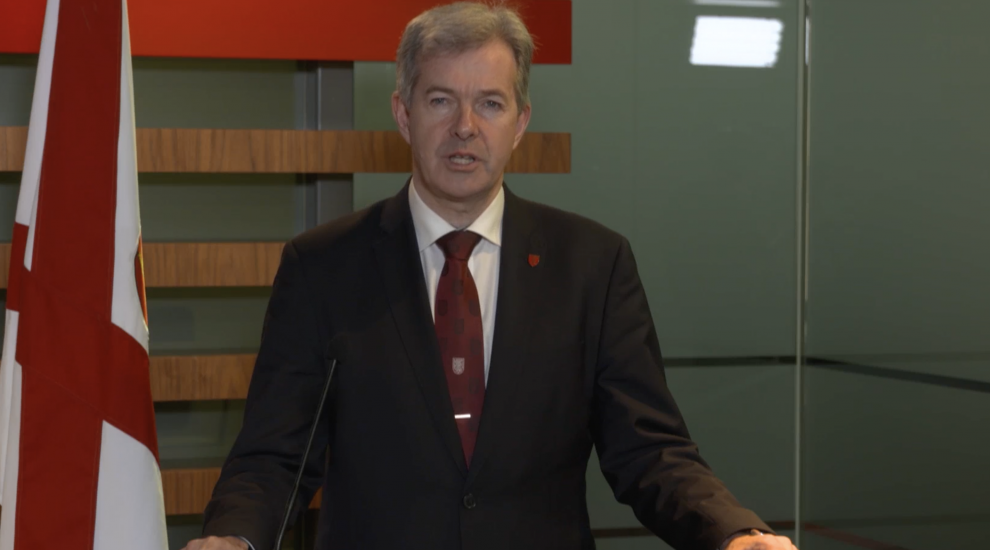 It's been a few weeks when every day seems to have taken us deeper into the corona crisis, and tonight's statement by the Chief Minister marks a major milestone on that path.

Not so much for the action being taken - telling all but essential workers to stay at home from 08:00 on Monday morning, for at least the next 30 days, has been heavily hinted at, for a week now.

But the tone and language being used now has markedly changed.

"Most Islanders will need to contract the virus at some stage over the next few months."

"That is how we build immunity"

"There is no other choice."

"But we need to make sure we don’t all contract it at the same time, as this would put pressure on our health services and would deny the most vulnerable the care that they will need. "

"This is not advice: this is an instruction which will be backed by powers of enforcement."

"The next weeks and maybe months will be hard. None of us really know precisely what lies ahead, but I firmly believe in the strength of our Island Community spirit which will pull us through." 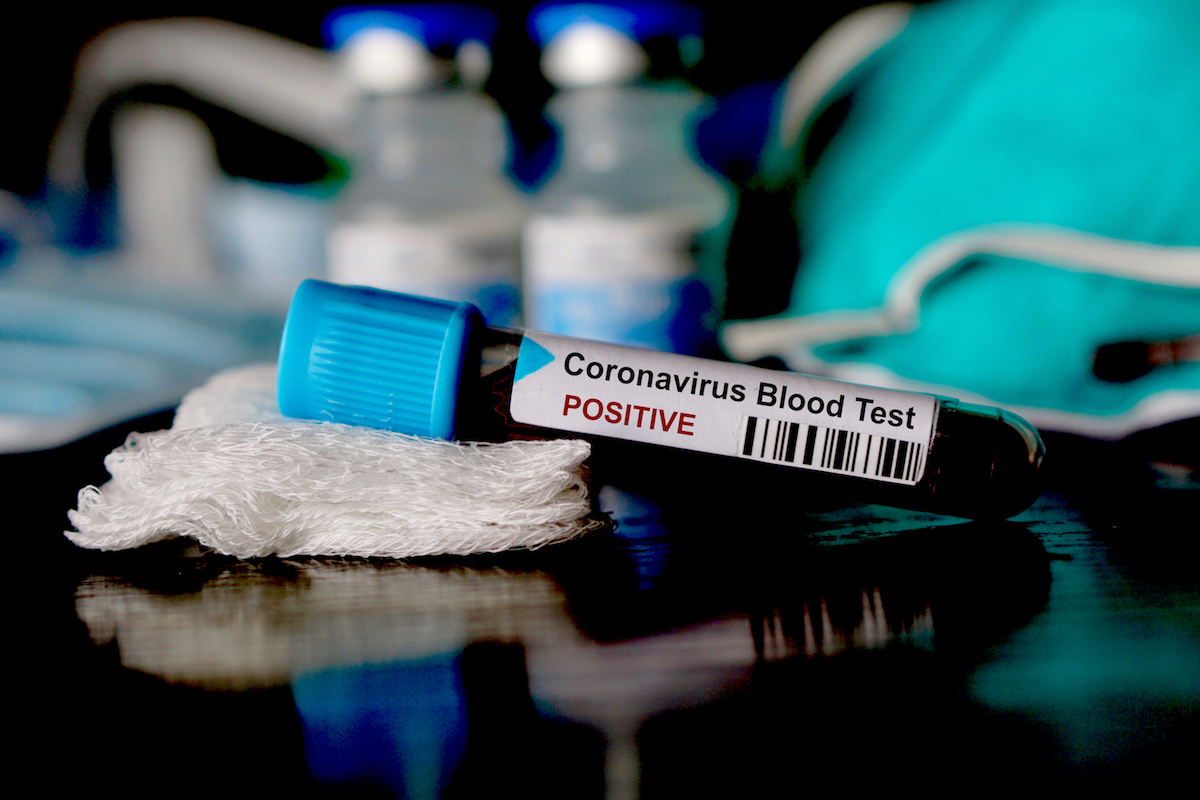 Pictured: Jersey tests being done in the UK have taken five days to come back.

It seems that the serious problems getting test results back quickly (last week there was a five-day delay) is one of the core reasons behind the new instructions, as, put simply, with such a big time lag we are flying blind, and don't know if the public health measures being taken are working or not.

Guernsey's own testing kit has now been installed, and will be ready for use once it has been trialled, and staff trained. It's not yet clear if our sister island will be able to help us out, until Jersey is also able to look after its own testing, as clearly relying on the UK is becoming deeply problematic as the demand for their own testing escalates.

But it is clear that we have reached a very serious turning point in this national emergency, and it will certainly be met by many with fear - something that will translate itself into attacks on those who have made this decision, or anger that it wasn't done sooner.

There will be many who will criticise, from former politicians on Twitter, to armchair pandemic experts, to some (only ever, for now, behind their hands) on the Council of Ministers itself, who see this as a political opportunity for self-advancement.

There will be a time for that scrutiny. There will be a time for a public process of investigating, defining the lessons to be learnt, and holding decision-makers to account. That is all part of recovery in a properly functioning democracy, and it will be a vital part in helping Jersey to dust itself off, and get back onto its feet, after the effects of the bitter medicine the island is currently having to take have worn off.

But that time is not now. 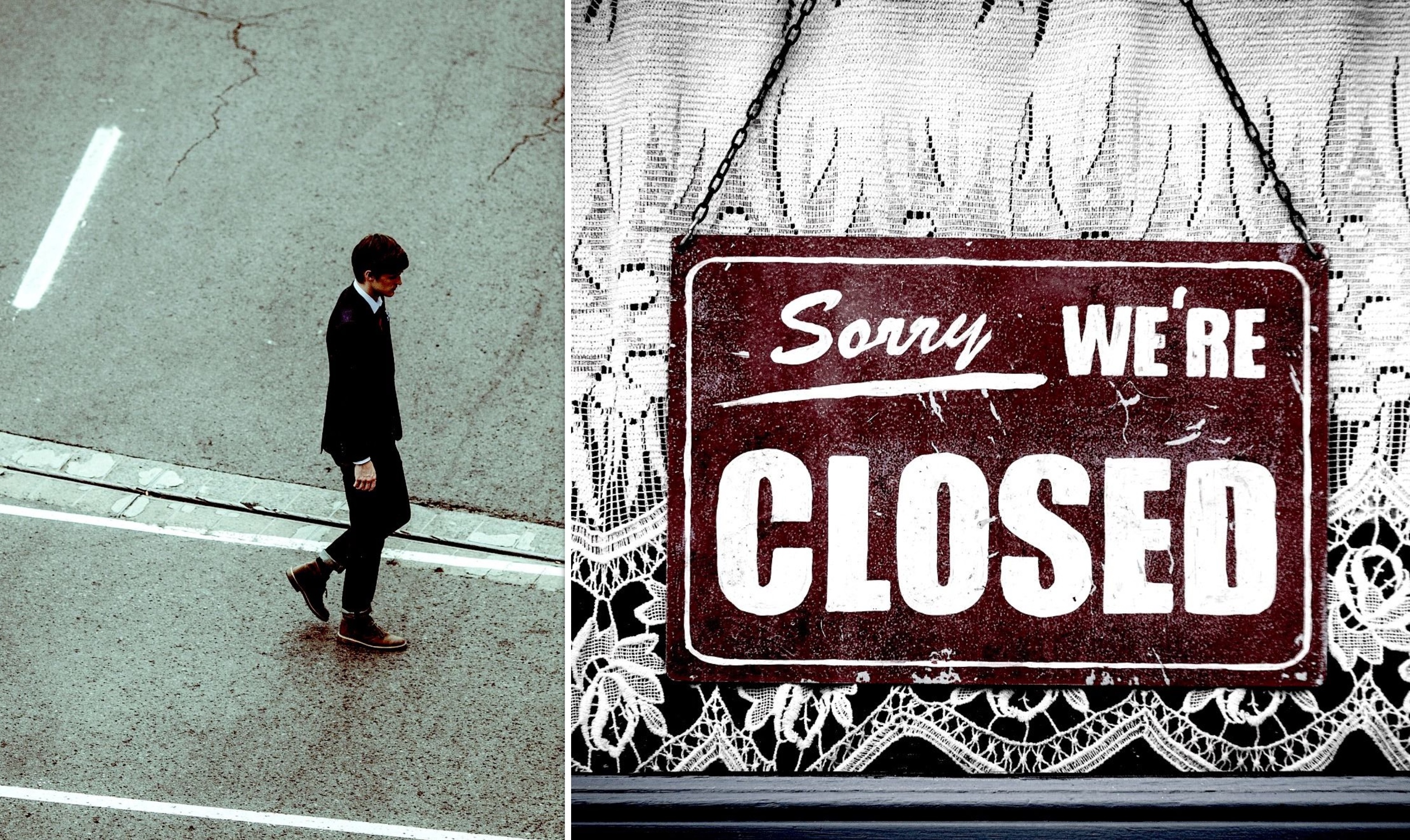 Pictured: the effects of covid-19 on Jersey's economy will be serious, with jobs already being lost, and the Government stepping in with support

Much as we might like it to be so, we will not wake up in our beds tomorrow morning to be told that it's all over.

Instead, the coming months will bring challenges that none of us have ever experienced before.

The only thing that seems to spread more quickly than this virus is fear, and its comrade-in-arms, panic. Together, they stalk across social media, misleading, misinforming and missing the point.

If you don't believe me, look at some of the perverted community vigilanteism, where someone who is believed to be flouting the rules is accused, and convicted, in one brief Facebook post.

Instead, with the Chief Minister stating clearly that "most" islanders are going to get this virus in the coming months, as the community slowly, painfully, builds some immunity, now is the time for courage.

What's certain is that this horrible time will pass; and the way that we conduct ourselves as we move through it, will play a major part in how strongly, and how quickly, the island can recover.

We didn't choose it, we didn't want it, but we must accept it.

As the Chief Minister has said, there is no other choice.

Posted by Scott Mills on Mar 30th, 2020
Wow he's taken off his "I'm better than you look over the frame glasses". too little too late Mr Fondre. The carpet is expanding....
Posted by T Hanson on Mar 30th, 2020
This was an eloquent commentary James at an important moment. Debate is all important at moments such as this, provided it is made constructively, which I understand is the thrust of the article. For example, new modelling from Imperial College two weeks ago (that has also since been questioned ) changed the direction of UK policy.
Similarly there continue to be issues that need to be highlighted at this time. For instance, GPs making home visits in Jersey wear protective gear including gloves and masks, but rapid response nurses do not wear masks and say they don’t have any. This can’t be right. They all have to protect themselves but they also have to protect their patients, who if in the community, may well be the most vulnerable to the virus.
In a recent article in the Lancet by Richard Horton the UK approach has been described as a “national scandal” with medical staff describing a health system that is breaking down, with both staff and patients put at risk. Jersey will wish to learn from the UK’s mistakes. I hope that we still have the time to implement necessary changes.
To place a comment please login Login »