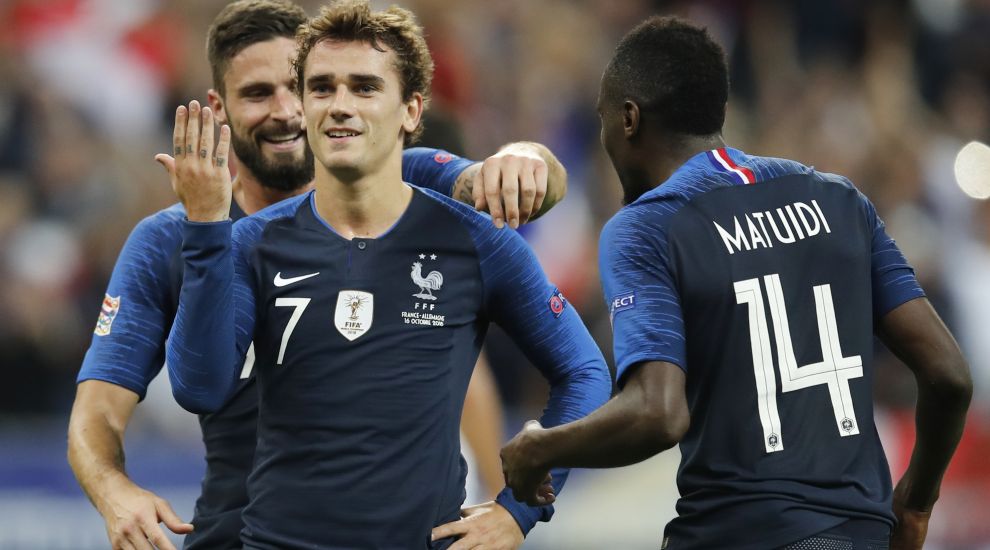 Les Bleus look set to progress as group winners, while Germany are battling against relegation.

Antoine Griezmann revealed France had “a quiet word” in the dressing room at half-time which helped the world champions produce a comeback to beat Germany 2-1 in their Nations League clash.

Under-fire Germany coach Joachim Low had called for a response following the 3-0 defeat in Holland on Saturday, which put his side in danger of relegation.

Didier Deschamps’ squad, though, regrouped after the interval and Griezmann’s looping header levelled things up just after the hour.

With 10 minutes to go, the Atletico Madrid forward then kept his cool to convert from the penalty spot to complete the turnaround.

“It was a tough first half. We were knocked off our stride a bit by them playing three at the back,” Griezmann said, quoted on the UEFA website.

“We had to talk and change two or three things tactically. After that it improved.”

“We had a quiet word among ourselves at half-time. We became world champions by working hard for each other.”

It was an 11th victory from the past 15 games by Les Bleus, who can secure top spot in Group One when they play Holland in Rotterdam next month.

Deschamps said: “There was a reaction and we upped the intensity and tempo. The Germans played with real intensity in the first half.

“I modified my tactics after 25-30 minutes and found a better balance that gave more freedom to my forwards, especially Kylian (Mbappe) and Antoine (Griezmann) on the wings.

“It’s a good thing in terms of our aim of finishing top of the group, but we were up against a very good German side today.”

Germany remain bottom of the table with just one point from three matches, and host Holland in the final group fixture.

Despite the plaudits for his side’s first-half display, Low was again left facing more questions over the direction of his squad following a sixth defeat in 10 matches.

The German coach, however, continues to look at the positives.

“I’m disappointed with the result. It was a very good reaction after the Netherlands game,” Low said.

“We were absolutely on a par with the world champions, and could have scored a second goal.

“France’s individual class is incredible. They scored two goals out of virtually nothing.

“Changing a team is a process and you could see today that some of the young players still need a bit of experience.”

What happened on day one of the fourth Test between England and South Africa?