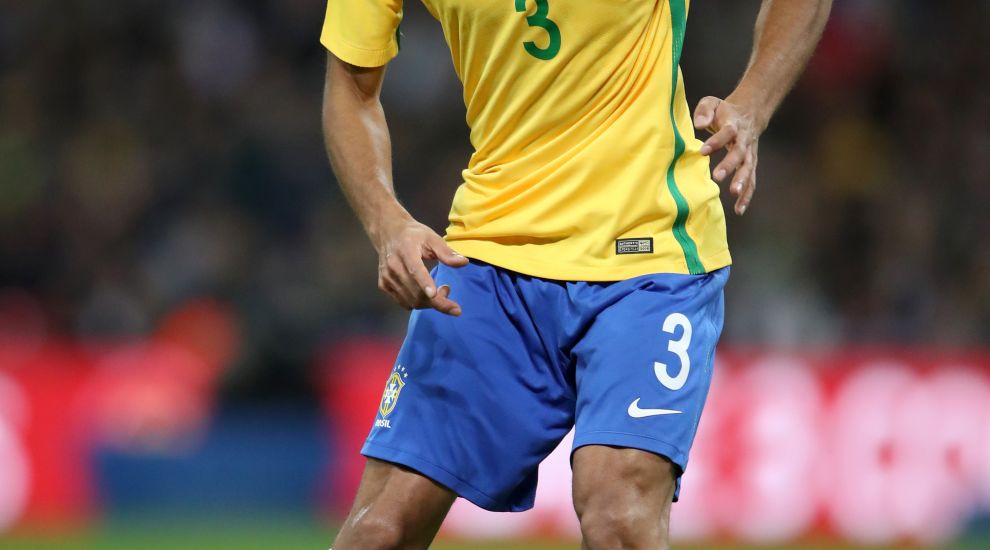 Miranda scored during second-half stoppage time to secure the 1-0 victory for Brazil.

Argentina’s caretaker Lionel Scaloni insisted his team showed they are ready to “take on the whole world” despite their disappointing late defeat by rivals Brazil.

The Selecao lifted the lightly-regarded Super Clasico trophy after Miranda’s header in second-half stoppage time secured a 1-0 victory in the four-team friendly tournament in Saudi Arabia.

However after replacing the sacked Jorge Sampaoli following their disappointing World Cup campaign, before overseeing a 4-0 defeat of Iraq and then impressing against Brazil in the absence of Lionel Messi, Sergio Aguero, Angel di Maria and Gonzalo Higuain, Scaloni was upbeat.

Paulo Dybala had gone close to giving them the lead, and according to FourFourTwo, he said: “Doing what we did (on Tuesday) we are going to be able to take on the whole world.

“It is exciting the match that these guys have made; they have made an incredible effort.

“They played as an equal to a team that has a lot more than us. I am tremendously excited and happy for the work that the boys did.”

Brazil struggled for their usual creativity and fluidity, despite being at near-full-strength, with Neymar, Philippe Coutinho and Marquinhos among those selected.

When their manager Tite replaced Gabriel Jesus with Richarlison in the second half, they had greater energy in the final third.

Miranda’s goal came from close range with him unmarked at a corner delivered by Neymar, following a period of unconvincing pressure.

The defender had also had an earlier effort cleared off the line by Nicolas Otamendi, and according to ESPN, fellow defender Filipe Luis said: “The team felt tired in the second half but I think we dominated our opponents. We played well and we got the goal at the end.

“Obviously our team is better than Argentina; we have maintained the same squad for years and they are in the process of renewal.

“But you don’t notice that so much in a clasico (the rivalry between Argentina and Brazil). What you do notice is their fight. But I think we deserved to win.”

What happened on day one of the fourth Test between England and South Africa?