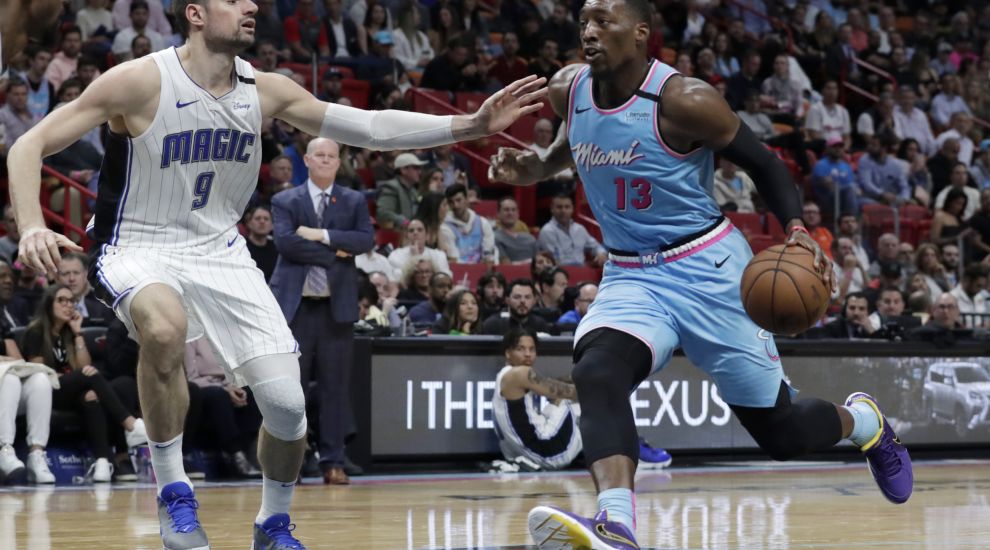 Bam Adebayo dedicated his triple-double to “role model” Kobe Bryant after helping the Miami Heat defeat the Orlando Magic 113-92 to move into second place in the Eastern Conference.

As with the other NBA games, the Heat and Magic players paid tribute before the match to former LA Lakers star Bryant, who died in a helicopter crash on Sunday morning.

The Lakers’ Western Conference table-topping showdown against city rivals the Clippers was postponed as a mark of respect following the death of 41-year-old Bryant, his 13-year-old daughter Gianna and seven others.

Adebayo, who overcame an ankle injury to play, led the way for Miami with 20 points, 10 rebounds and 10 assists to record the third triple-double of his career.

The 22-year-old had previously dedicated similar achievements to his mother but, when asked if he was going to the same after the Magic match, he told Fox Sports: “No. I’m going to dedicate this one to Kobe.

“That’s my role model like I said before. It’s sad. I pray for his family, that one’s for Kobe Bean.”

Duncan Robinson added 21 points for Miami as they eased past the Magic to climb above reigning NBA champions the Toronto Raptors into the top two of the Eastern Conference.

In Salt Lake City, Eric Gordon scored a career-high 50 points to lead the Houston Rockets to a 126-117 win over the Utah Jazz despite playing without James Harden and Russell Westbrook.

Danuel House Jr and Austin Rivers each contributed 21 points as the Rockets inflicted a first home loss on the Jazz since December 9.

The Cleveland Cavaliers ended a seven-game losing streak by beating the Pistons 115-100 in Detroit.

Cavs centre Kevin Love, who played alongside Bryant as USA won gold at the 2012 Olympics, scored all 20 of his points – including six three-pointers – in the first half.

“Sometimes, it just happens that way,” Love said. “Feels like sometimes it should, if you just go out there and do right by the game of basketball, like Kobe would have wanted.”

Reggie Jackson was the highest scorer for the Pistons with 16 points.

In the other games, the Dallas Mavericks won 107-97 away to the Oklahoma City Thunder while the Chicago Bulls beat the San Antonio Spurs 110-109.

The Minnesota Timberwolves, meanwhile, crashed to a 10th successive loss after being beaten 133-129 after overtime by the Sacramento Kings.