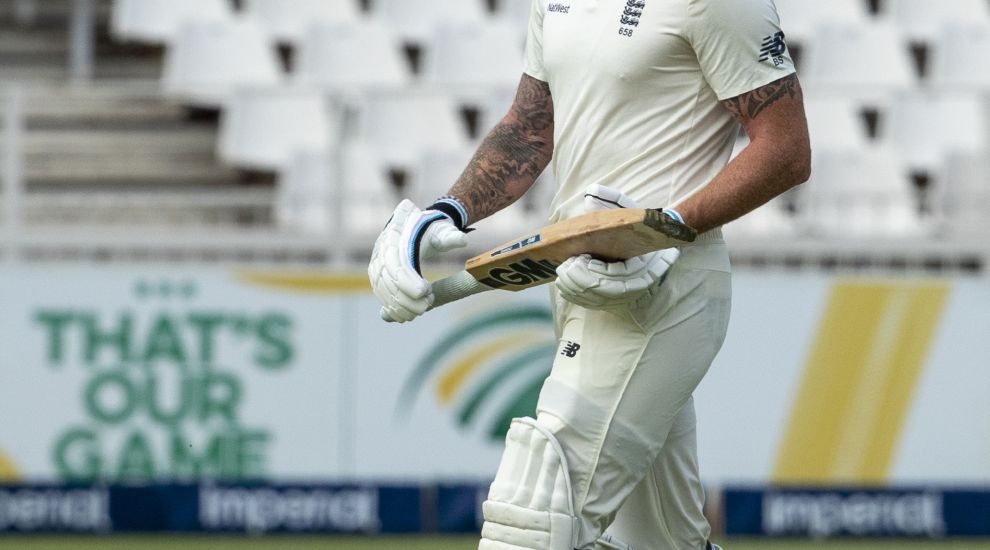 England’s Ben Stokes has apologised for his foul-mouthed reaction to “repeated abuse from the crowd” during the fourth Test against South Africa, with the tourists formally requesting additional security as a result of multiple outbursts from supporters.

Stokes had just been dismissed for two as England posted 192 for four on day one in Johannesburg when he became involved in an angry exchange with a fan.

Stokes appeared enraged by the nature of the the comments that were hurled at him – which are understood to have included several expletives as well as a reference to red-haired pop singer Ed Sheeran – and responded with a colourful volley of his own.

The incident was captured by host broadcasters SuperSport before being repeated by Sky in the UK and shared widely on social media, which will almost certainly lead to disciplinary action from the match referee.

Stokes, who was seen signing autographs in the same area of the Wanderers Stadium after play, accepted he had done wrong but also claimed provocation.

“I wish to apologise for my language that was heard on the live broadcast today after my dismissal. I should not have reacted in that way,” he said in a statement.

“As I was leaving the playing area, I was subjected to repeated abuse from the crowd. I admit that my reaction was unprofessional, and I sincerely apologise for the language I used, especially to the many young fans watching the live telecast around the world.

“Throughout the Tests so far, the support from both sets of fans has been brilliant. One incident will not ruin such a competitive series, which we are determined to win.”

Ashley Giles, managing director of men’s cricket at the England and Wales Cricket Board, was in attendance at the venue and claimed it was not an isolated occurrence.

He revealed that the backroom team had also been abused and that the ECB had called for a review of arrangements at the ground.

“It is disappointing that a member of the public has gone out of their way to abuse Ben as he was leaving the field,” said Giles.

“In addition to this incident, members of our support staff were subjected to personal abuse during and after the day’s play. We have requested to the venue to ensure that security and stewarding are enhanced for the remainder of the match so that players’ and staff members can go about their duties without provocation.”

There has been no action as yet from the International Cricket Council, with match referee Andy Pycroft having 24 hours from the time of the incident to lay charges.

There will surely be enough to activate article 2.3 of the International Cricket Council’s disciplinary code, covering “the use of words commonly known and understood to be offensive, obscene and/or profane and which can be heard by the spectators and/or the viewing public”.

Jos Buttler was fined 15 per cent of his match fee and handed one demerit point when he was heard on the stump microphone abusing Vernon Philander in the second Test, and any such charge here would bring similar results.

For anything more damaging Pycroft would have to be satisfied that the incident was considerably more serious in nature. There is provision under the code to punish anything which would cause an individual “to fear harmful or offensive contact” but, as a level three offence, that would incur enough demerit points for a ban and could also be challenged.

South Africa seamer Beuran Hendricks appeared to sympathise with Stokes when asked about the conduct of some supporters.

“It’s a public sport so I think if fans are coming hard, we certainly don’t condone it as players,” he said.

“We ask the fans for respect and make sure that they are enjoying the game as much as we are. We can’t stop what the fans are doing, but we need to make sure we zone in on what is happening on the park and not really interact with anything.”