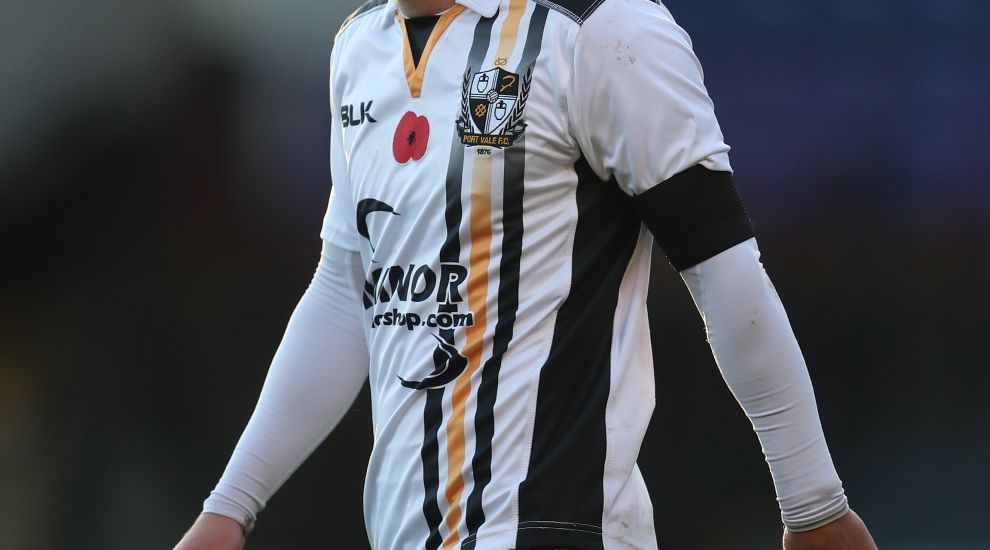 Ben Whitfield could have done enough to land a starting spot when Port Vale take on Oldham.

Midfielder Whitfield came on for Tom Conlon at the start of the second half in the Valiants’ 1-0 defeat to Grimsby and impressed manager Neil Aspin.

He said: “Ben Whitfield made a big difference and he gave us a spark which is why I put him on.”

Defender Connell Rawlinson failed to make the squad for the Mariners loss after sustaining a knock against Macclesfield and it remains to be seen if he is fit enough to return.

Oldham boss Frankie Bunn branded his side’s display at Carlisle as “disgraceful” after they were on the end of a 6-0 thumping.

That could mean a change in personnel at Vale Park, although Dan Gardner, Jose Baxter, Zeus De La Paz, Jonathan Benteke and Ousmane Fane are all still out.

Andy Taylor returned to the starting line-up for the drubbing after a recent injury lay-off, playing 90 minutes, and he should continue.

Johan Branger replaced Chris O’Grady midway through the second half at Brunton Park and is an attacking option for Bunn.