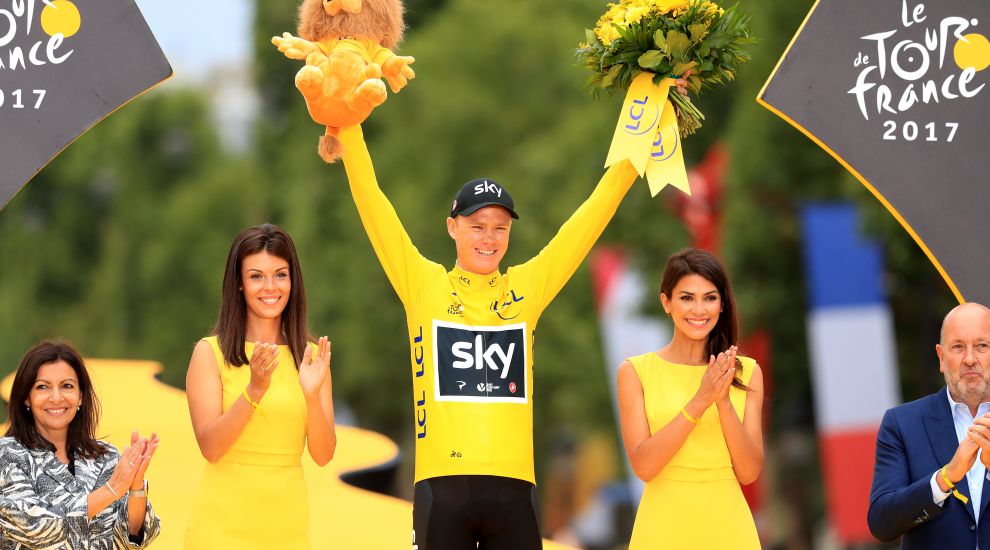 Sir Dave Brailsford is confident there can be a future for Team Sky after broadcaster Sky announced it would end its investment in pro cycling at the end of next year.

The announcement by Sky, which is both the majority owner and title sponsor of the team, leaves the best-funded team in the sport searching for new backing, with Brailsford setting a deadline of next year’s Tour de France to provide “clarity” on the way forward.

Four-time Tour de France winner Chris Froome reacted to the news by saying Team Sky “plan to be together” beyond next year if possible, and Brailsford talked up that possibility.

“Every change brings opportunity,” he said on Sky Sports News. “We like to build things, we’re creators, we build. From our point of view I see it very much as an opportunity.”

Press Association Sport understands Sky’s decision came as a ‘shock’ to Brailsford, who had expected business as usual despite Comcast’s £30billion takeover of Sky earlier this year.

But, publicly at least, Brailsford denied he was surprised.

“You know in life change often leads to change,” he said. “Let’s face it, the reality of the situation with Sky and the environment and everything else…did it come as a surprise? No, not really.”

However, Sky have certainly not acted like a team with an uncertain future in recent months and had spoken of having secured funding until 2024.

In the past few months they have handed a new three-year contract to this year’s Tour winner Geraint Thomas, and a five-year deal to emerging talent Egan Bernal, a highly unusual length of deal in the volatile world of cycling.

Riders were told the news during their training camp in Mallorca, and were all smiles on social media during Wednesday’s training ride, with Thomas showing off his new bike on Instagram.

Froome, who like Thomas joined Team Sky for their first season in 2010, used Twitter to thank Sky for their backing to date and to express confidence in the future.

“We are not finished yet by any means,” he wrote.

“Everyone at Team Sky has big ambitions for 2019 and this news has made us more determined than ever to make them happen.

“I can’t predict the future but I can say this with absolute certainty, this is a really special team.

“We plan to be together in 2020 if at all possible and we will all be doing everything we can to help make that happen – in different colours with a new partner but the same values, focus and desire to win.”

Team Sky have been among the most successful teams in the sport over their nine-year history to date, winning 322 races, including eight Grand Tours.

They delivered the first ever British winner of the Tour de France in Sir Bradley Wiggins in 2012 and have gone on to win six of the last seven editions.

The team had appeared confident the Comcast takeover would have little impact on them, and despite the timing, Team Sky chairman Graham McWilliam said the decision had come from Sky and not the new owners.

“Now is the right time,” he wrote on Twitter. “The start of a new chapter for @SkyCorporate is a natural moment. 12 months gives @TeamSky time to plan for the next phase.

“The decision was taken by Sky in the last few weeks. Comcast are aware and supportive of what we have decided to do, but this is our decision not theirs. Now looking forward to a great final season with @TeamSky.”

In an open letter to fans on Wednesday morning, the team said they would look for new partners for 2020 and beyond, with a deadline of July.

“This news has only just been announced; we can’t predict what will happen from 2020 and there are no guarantees,” the letter read.

“Whatever happens, we will make sure there is clarity one way or the other about the future of the Team before the Tour de France next July.”

Wholesale changes of sponsorship and backing are common in road cycling, and Sky’s 10-year association is a long one by comparison to most.

But the likelihood of the team finding backers with the same deep pockets of Sky, who have ploughed more than £150million into the team, seems slim given the struggle other successful teams like Quick-Step Floors and BMC Racing have faced when seeking new sponsors of their own.

Sky had also sponsored British Cycling but ended a partnership, which began in 2008, at the end of 2016.

For all their success, Team Sky have faced plenty of controversy along the way.

Froome was the subject of an anti-doping case after his La Vuelta win last year, though it was dropped by the UCI a week before the start of this year’s Tour.

Starting in 2016, the UK Anti-Doping Agency conducted a 14-month investigation into a ‘mystery package’ delivered to then-team doctor Richard Freeman on the final day of the Criterium du Dauphine – won by Wiggins – in 2011.

A Parliamentary committee which held hearings into the case found the team had crossed an ‘ethical line’ by using the powerful corticosteroid triamcinolone to prepare for major races. The substance is banned in competition but legal out of it.

Wiggins denied that any drug had been used without medical need and hit out at the process, saying it was “so sad that accusations can be made, where people can be accused of things they have never done which are then regarded as facts”.

It is understood Sky’s decision is not related to the controversies, which have followed the team for more than two years.