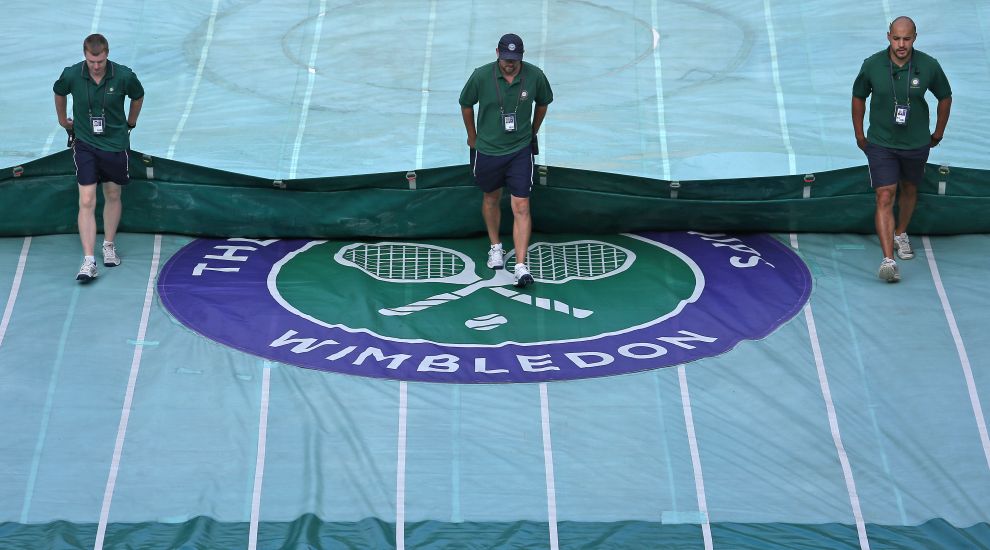 Wimbledon and the Euro 2020 play-offs became the latest events to be scrubbed from the 2020 sporting calendar on Wednesday due to the coronavirus pandemic.

The All England Club announced the SW19 tournament would not be staged this year for the first time since World War Two, citing “public health concerns linked to the coronavirus epidemic”.

Meanwhile, the Euro 2020 play-off matches due to be played in June have been postponed until further notice.

Wimbledon officials confirmed there was no realistic prospect of delaying until later this year, and therefore the 134th Championships will be the ones beginning on June 28 2021.

The ATP and WTA announced they were also extending their existing suspension into July, but the US Tennis Association issued a statement saying they were still working towards staging the US Open from August 24.

The cancellation of the Euro 2020 play-offs, which affects Northern Ireland, the Republic of Ireland and Scotland, came after a meeting with UEFA’s 55 member associations to discuss the coronavirus crisis.

Silverstone has until the end of April to decide whether or not the British Grand Prix can go ahead in July.

The opening eight races on this season’s calendar have already been postponed, and the Canadian Grand Prix on the weekend of June 12-14 is the next scheduled event.

Organisers of the Canadian race last week said they would need to make a decision by Easter weekend, April 10-12, on the fate of their event.

Bournemouth manager Eddie Howe became the first Premier League boss to take a voluntary pay cut along with other members of the club’s coaching staff.

The Cherries, in common with an increasing number of Premier League clubs, had previously announced that a number of non-playing staff have been furloughed.

Championship side QPR announced “a number of staff” had been placed on furlough leave while non-playing employees at the club – including manager Mark Warburton – had taken a voluntary pay cut.

Leeds Rhinos chief executive Gary Hetherington confirmed the Super League club had furloughed almost all their staff and players, while they have also shut the stadium and training ground.

He said: “We’re coping as best we can. Our players and vast majority staff are now all cocooned at home but continue to interact. As a business this is our major challenge.

“We have made a pledge to keep all our players and staff in employment yet our income streams have dried up.”

Toronto Wolfpack announced their home games in April and May – the first Super League games scheduled to be played in Canada – can not take place while Salford placed the majority of their staff on furlough.

Meanwhile, the Football Supporters’ Association, Premier League, EFL and the FA jointly praised fans’ response to the crisis while also urging them to follow the guidelines.

“We are all committed to getting back to playing the game we love – but only when it is safe to do so,” a statement read.

“Clubs and supporters have responded magnificently with staff, fans and volunteers supporting those most in need in their local towns and cities.”

Rugby Australia has opened talks with the players’ union to strike a deal over a three-month wage deferral.

Major League Baseball has announced that the planned London games between the Chicago Cubs and St Louis Cardinals in June have been postponed.

The rivals were due to play a two-game series at West Ham’s London Stadium on June 13-14, following on from MLB’s first European games between the New York Yankees and Boston Red Sox at the same venue last summer.

The inaugural PDC World Series of Darts event in Copenhagen has also been moved back four months, the Nordic Darts Masters are now scheduled for October 23-24 having been originally earmarked for June and the Equi-Trek Bramham International Horse Trials, set for Bramham Park near Leeds on June 4-7, have been postponed.