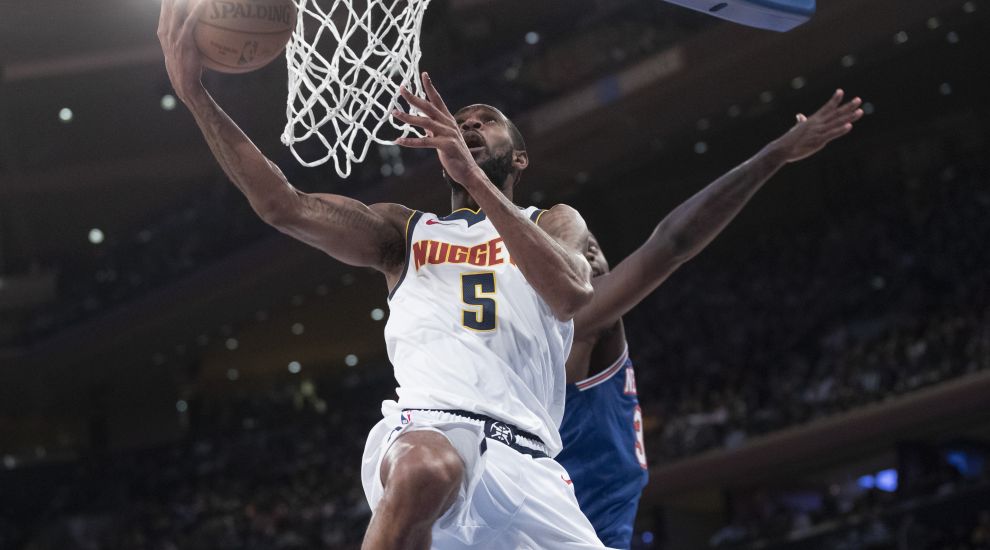 The Knicks have now lost eight straight and remain in last place in the Eastern Conference, while the win moves the Nuggets up to second in the Western Conference.

In Washington, the Wizards won 119-113 over the Philadelphia 76ers.

Tobias Harris scored 33 points for Philadelphia, Joel Embiid got 26 and a season-best 21 rebounds, and Ben Simmons got 17 points and 10 assists, but it was not enough.

For the Wizards, rookie Rui Hachimura scored 27 and Davis Bertans got a season-high 25.

The Pelicans lost 132-139 to the Phoenix Suns in a game that went to overtime.

New Orleans trailed the Suns for almost the entire second half, and were 16 points down at the start of the fourth quarter, but fought their way back to force overtime.

That was as good as it got, though, and the Pelicans will rue having missed a three-point shot with 15 seconds left in OT.

Toronto lost 109-119 at home to the Houston Rockets in a game where the Raptors concentrated a great deal of their efforts on stopping James Harden from scoring.

The visitors adapted and compensated, though, with Ben McLemore scoring a season-high 28 points, while Harden added 23 with just 11 shots.

The Raptors have now lost two on the trot and drop to fourth in the Eastern, while the Rockets (14-7) remain fifth in the Western.