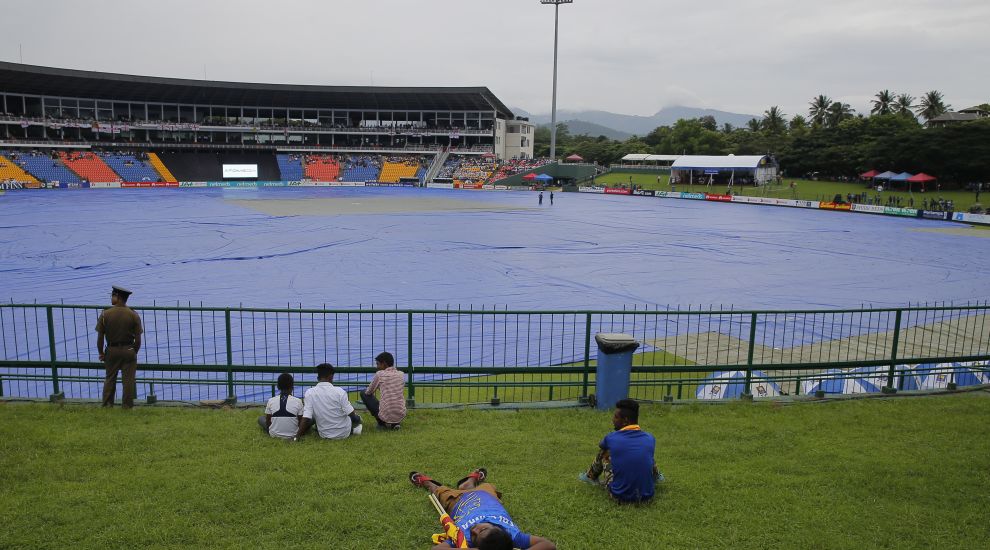 All three one-day internationals have been affected by the weather.

The England and Wales Cricket Board has defended the rationale behind touring Sri Lanka in the rainy season, insisting the congested international schedule left no “wriggle room”.

The ongoing one-day international series has been blighted, perhaps predictably, by inclement weather, with the opening fixture washed out after 15 overs and the second won by England on Duckworth-Lewis-Stern when thunderstorms curtailed the Sri Lanka innings.

The third game was due to get under way at 2.30pm (10am BST) at Pallekele Stadium, but the arrival of more rain meant a delayed start to proceedings at best.

As players from both sides waited in the pavilion for skies to clear, the ECB opted to pre-empt further criticism by outlining the slim window available to fulfil its commitment to a three-format visit to the island.

The message read: “In respect of touring Sri Lanka at this time of year: The Future Tours Programme is congested involving 13 Boards whose schedules all interconnect, so there are unfortunately a number of tours that have to take place outside prime match-staging periods.

“After hosting England, Sri Lanka spend the rest of the 18-19 season touring New Zealand, Australia and South Africa. They play their first match in New Zealand on Dec 8, which left very little wriggle room given our final Test in Sri Lanka finishes on Nov 29.”

England’s preparations for the series were also rain-affected, with a DLS finish to their first warm-up match and the second called off without a ball bowled at Colombo’s P Sara Stadium.

The ECB statement does not shed any light on the wisdom of scheduling three of the five games to be day/night affairs – at a time when conditions are typically better earlier in the day – or the fact that only the second and fifth ODIs were given the safety net of a reserve day.