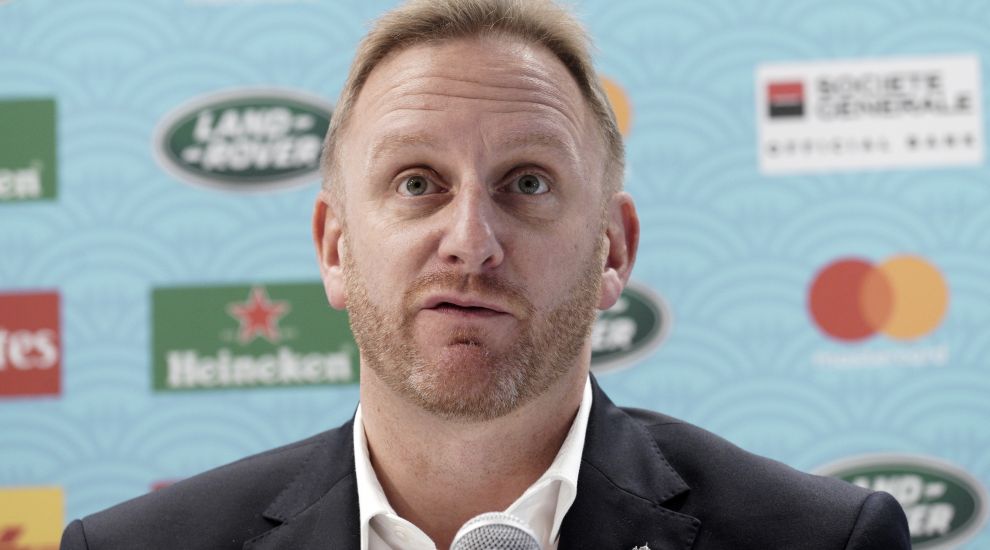 Eddie Jones claims the “typhoon gods” have smiled on England after their World Cup group decider against France was cancelled due to the approach of Super Typhoon Hagibis.

In one of the most extraordinary days in the tournament’s 32-year history, the all-Six Nations meeting, along with New Zealand’s match against Italy, has been cancelled with each side receiving two points.

Still under review are Sunday’s matches including Scotland’s last-gasp attempt to avoid elimination by defeating Japan, which is also being staged in Yokohama.

Hagibis has been described by the Japanese Metrological Agency as “violent” and has the capacity to cause widespread destruction around the Tokyo region.

Satellite images of the extreme weather event displayed at World Rugby’s press conference on Thursday reveal it is the size of Japan and shows no sign of deviating in its path or decreasing in magnitude.

It dwarfs Typhoon Faxai which brought Tokyo to a standstill for the day of England’s arrival in Japan, delaying their exit from Narita Airport by six hours and leaving a million homes without power, killing three people and injuring scores more.

But for Jones, this it is an opportunity to recharge his players and give the injured Billy Vunipola, Jack Nowell and Joe Marler time to heal ahead of the last eight appointment with Australia or Wales.

Rather than see the two-week enforced break between games as a impediment to lifting the Webb Ellis Trophy, Jones has taken his squad to Miyazaki for some warm weather training and “beers”.

“I think the Japanese have a saying – shogun-hi – we cant control it. It’s not something you can control. This is the situation,” Jones said.

“We excited about the prospect of having great preparation for the quarter-final now.

“Who would have thought we would have two relatively easy games, one tough game and then two weeks to prepare for a quarter-final. So someone is smiling on us – the typhoon gods maybe?”

World Cup tournament director Alan Gilpin stated that the governing body’s hand was forced by the danger posed by the region’s biggest storm of 2019, which is on course to hit the mainland in the early hours of Saturday.

Defeat was conceded in attempts to move the cancelled games to Oita due to the logistics demands.

“As you can imagine the decision has not been taken lightly and is in the best interest of safety as a priority,” Gilpin said.

“We looked pretty exhaustively at all the options. Important to note is that we are in accordance with what we said we’d do before the tournament.

World Rugby’s decision has received a mixed reception, with Italy captain Sergio Parisse describing it as “ridiculous” and adding that the Azzurri “deserve to be respected as a team”.

All Blacks coach Steve Hansen admits it is unsatisfactory but backed World Rugby, stating “the right decisions are being made because it’s all about safety.”

No one expected Italy to topple world champions New Zealand and replace them in the quarter-finals, but Scotland have every chance to defeating Japan and potentially denying the hosts a first ever quarter-final place.

The Scottish Rugby Union has demanded a contingency plan be drawn up for the match and head coach Gregor Townsend has urged that everything possible is done to to ensure it goes ahead.

“We have to have faith in the organisers that the game will be played even if it’s behind closed doors or at a different venue,” Townsend said.