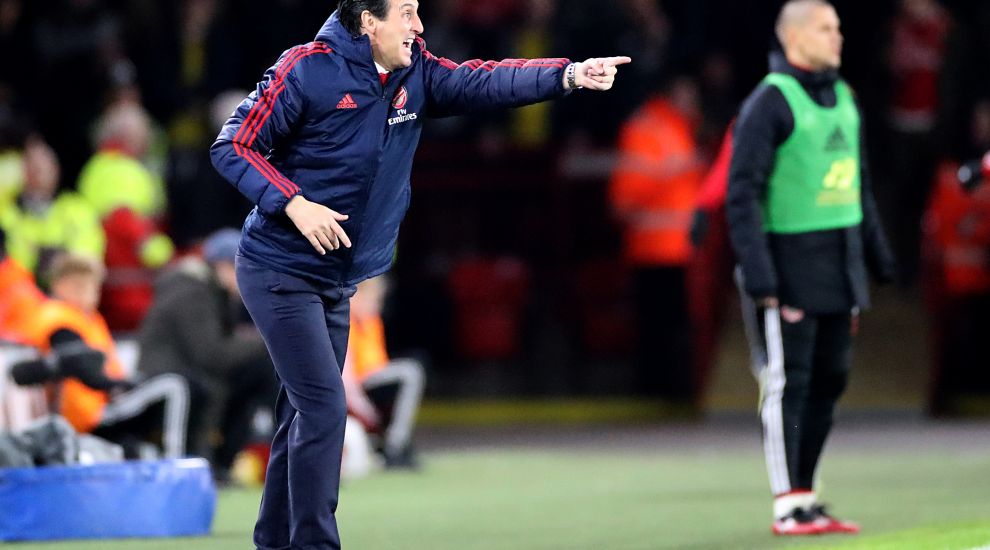 Pepe, a £72million summer signing from Lille, contrived to fire off target when placed in front of goal from Sead Kolasinac’s pin-point cross with the score at 0-0.

The Blades took full advantage, with Lys Mousset turning the ball home in the 30th minute following a corner for what proved to be the winning goal.

“That was the key I think because if that (Pepe’s chance) goes in – they are the team in the Premier League who have conceded least goals with Liverpool, seven only,” said Emery.

“And if they score the first goal then defensively they are very strong and they defended very well in the second half.

“It’s not easy to create the chances, but I think we controlled the ball more in the (better) positions.

Emery bemoaned referee Mike Dean’s decision not to award his side an early penalty when John Egan pulled Sokratis back by his shirt as the hosts defended a corner.

Arsenal missed the chance to move back up to third in the table and saw their eight-game unbeaten run in all competitions halted.

“We’re very disappointed with that result,” Emery added. “We created the best chances, but we didn’t achieve everything to win that match.

“We conceded more corners than we wanted and from one corner they scored from it.”

Sheffield United boss Chris Wilder said his side had to be close to their best to get the better of the Gunners.

“It’s been a great night for us,” Wilder said. “It’s what we’re in the division for, days and nights like this.

“Everton away and Arsenal at home. But we needed to produce a big performance because we were playing a team who are a historic football club.

“I said all along they’re a team expected to go really well this year, top four and higher.

“So we had to do a lot of things right tonight and we did and we got our rewards.”

The Blades secured their third win since winning promotion back to the top flight last season, which lifted them up to ninth in the table.

“One thing that won’t happen, the players won’t get carried away, you know that,” Wilder added.

“They’ll get brought back down to earth straight away, but they’ll do that themselves, I won’t need to say anything to them.”