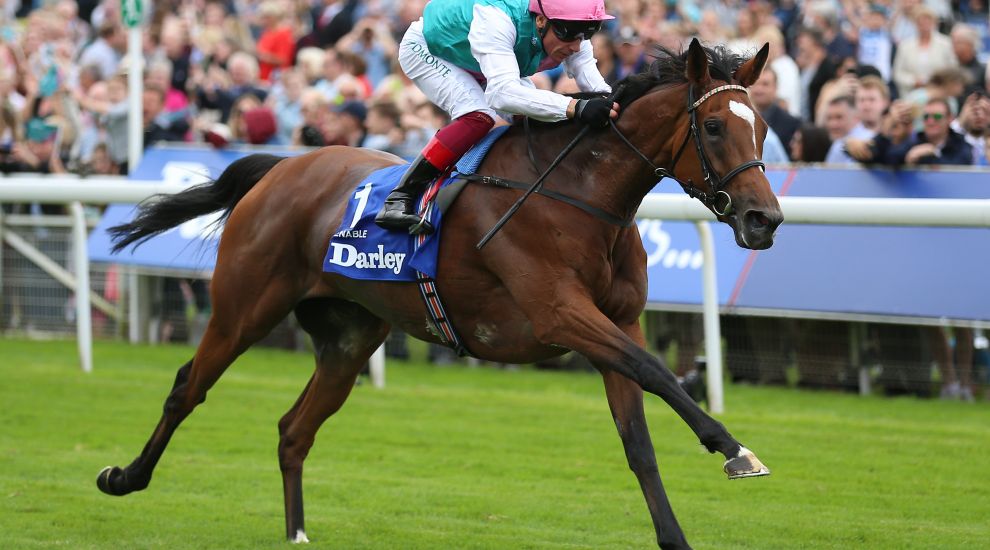 All plans for superstar mare Enable this summer are dependent on the length of the shutdown in British racing during the coronavirus pandemic.

The daughter of Nathaniel was just denied in her bid for an historic third consecutive victory in the Prix de l’Arc de Triomphe at the end of last season, filling the runner-up spot behind Waldgeist to end her sequence of 12 straight victories.

Less than a fortnight later, Enable’s owner-breeder Khalid Abdullah delighted racing fans by confirming his charge would stay in training as a six-year-old – with a return to Paris in the autumn top of the agenda.

However, which races the 10-time Group One winner will contest before the first Sunday in October remains to be seen, with the outbreak of Covid-19 making it impossible for connections to firm up targets.

He said: “Enable is absolutely fine. She’s done well over the winter – she looks good and seems very happy.

“She’s just cantering away at the moment. It’s obviously very difficult to make any plans – before this wretched thing started it was in her hands, whereas now it’s in the lap of the gods to a certain extent.

“It will be up to the BHA (British Horseracing Authority) to decide on a revised race programme when they’re able to do so. Everything is going to be concertinaed, and we’ll just have to go along with it.

“All we can do for the time being is hunker down and hope there is some light at the end of the tunnel.”

Abdullah’s two big hopes in the three-year-old division this season are Roger Charlton’s Quadrilateral and the Ger Lyons-trained Siskin.

Quadrilateral is the ante-post favourite for the 1000 Guineas at Newmarket on May 3, having rounded off her juvenile campaign with a narrow victory in the Fillies’ Mile.

Siskin has not raced since grabbing Group One glory in the Phoenix Stakes in August, with his season having ended prematurely after he became upset in the stalls and had to be withdrawn before the Middle Park Stakes.

The latter is prominent in ante-post lists for the 2000 Guineas on May 2 – but whether either of the season’s two opening Classics go ahead as scheduled must be in some doubt, with racing in Britain currently suspended until the end of April.

“Quadrilateral is in good form and had a very good winter,” said Grimthorpe.

“Roger is very pleased with her progress – and from the various shots I’ve seen of her, she does look to have done well physically.

“Ger took Siskin to Naas the other day, and I’m told he enjoyed himself. I don’t think it was a searching piece of work – and it was on heavy ground with headwind – but he went nicely, and Ger was pleased with him.

“With him, we’re going to have to wait and see what his best trip will be, because he hasn’t raced beyond six furlongs yet. Hopefully we’ll get the opportunity to find out.”

Another unbeaten star for Abdullah is Logician, who won each of his five starts in 2019, including a brilliant display in the St Leger at Doncaster in September.

The grey son of Frankel is a little behind in terms of fitness, having suffered a serious infection during the winter, but is reported to have made good progress.

Grimthorpe added: “He had this infection, and we’ve taken all possible precautions to ensure he has as clean an environment as possible.

“He’s OK now, but he hasn’t done much yet and wouldn’t be ready to run for a while anyway.

“I suppose for him, if anything, the diminishing of the season could be a positive.”

While racing in Britain is on hold for the time being, Abdullah’s Juddmonte Farms breeding operation continues – with leading stallions like Frankel and Kingman still covering mares.

“Everyone at Juddmonte is taking the situation very seriously,” said Grimthorpe.

“There are strict protocols in place for any visiting horses and any visiting people – and where possible, everyone is working from home.”