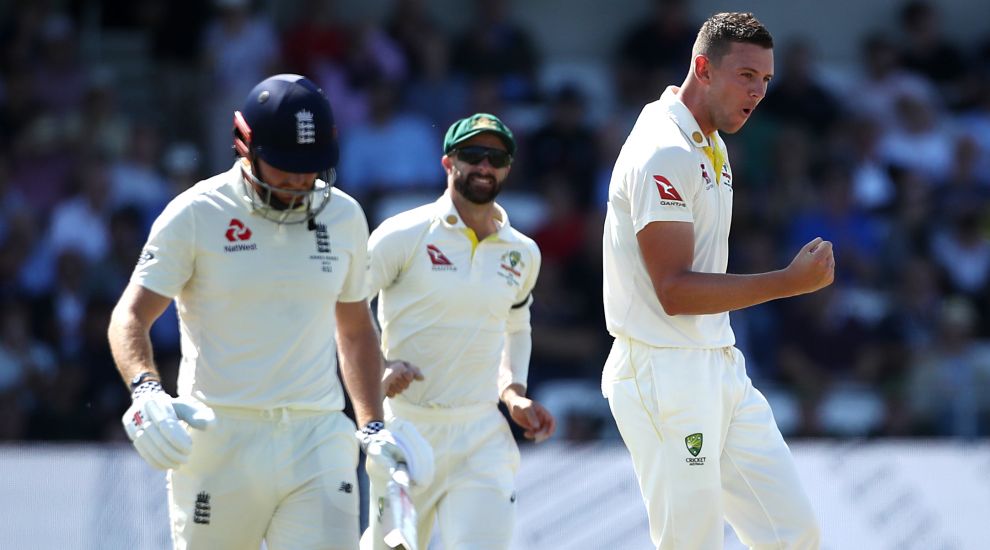 England turned in a dismal batting performance on the second morning of the third Ashes Test, slumping to 54 for six as they threatened to squander Jofra Archer’s brilliance with the ball.

Archer claimed a superb six for 45 to topple Australia for a modest 179 on Thursday but, with the stage set for the batsmen to respond in style under blue skies at Headingley, their reply was calamitous.

The tourists bowled wonderfully well, consistently challenging the outside edge at a good pace and relying on the pitch for minor deviations, but England’s top order was unforgivably limp under examination.

Joe Denly was the only player to make double figures in the morning session but arguably suffered worst of all, repeatedly beaten before being put out of his misery on 12.

The all-too-familiar collapse began with Jason Roy’s latest failure at the top of the order, briefly hinting at an alternative version of events with two clean boundaries before chasing Josh Hazlewood with a drive that flew straight to David Warner at first slip. He had just nine to his name, his exact average in six disappointing innings at opener.

The next blow was even more grievous, captain Joe Root handing Warner a second take tumbling sharply to his left after Hazlewood tempted the error with a fine delivery. Having made the first golden duck of his career at Lord’s last week this was now the first time he had banked successive noughts.

Denly successfully overturned an lbw shout without scoring – the first of seven awkward moments he experienced before getting off the mark with a cover-driven four.

Australia were delayed but not deterred, Pat Cummins hitting Rory Burns’ forearm with a bouncer then cashing in as the opener took on the next one but gloved it behind.

Ben Stokes produced the worst shot yet, following a boundary through point by chasing a wide from James Pattinson. Down on one knee at the point of contact he stretched to make contact but picked out Warner yet again.

Somehow Denly was still there but he was being routinely beaten on the outside edge, almost chopped on twice and survived another lbw shout. His tortured stay eventually came to an end as a flourishing drive wobbled gently to the wicketkeeper.

Jonny Bairstow then lingered for 15 uncomfortable deliveries before becoming Hazlewood’s third victim and Warner’s fourth, edging off the back foot and brilliantly caught.

Jos Buttler and Chris Woakes were the not-out batsmen at lunch, with a huge rescue job ahead of them.