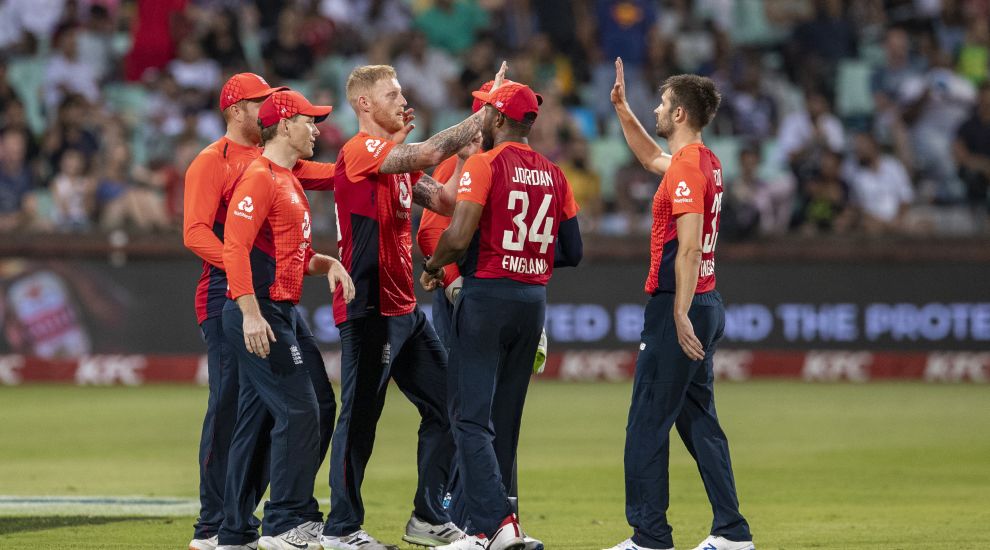 Eoin Morgan hailed England’s bowlers after a two-run win over South Africa in the second Twenty20 international at Durban.

The tourists collapsed in the opener on Wednesday, losing by one run, to ramp up the pressure in the three-match series as preparations continued ahead of this year’s T20 World Cup.

Ben Stokes struck an unbeaten 47 and Moeen Ali weighed in with a remarkable 11-ball 39 to propel England to 204 for seven.

Quinton De Kock put Moeen in the shadow with a blistering 65 off 22 deliveries before the Proteas were left 26 to win off the final two overs.

Chris Jordan conceded 11 from the penultimate over, leaving 15 for Tom Curran to defend from the last, and the Surrey paceman held his nerve with three needed off the final ball.

England skipper Morgan said at the post-match presentation: “We’d have liked to win both. The performance was a considerable improvement from East London.

“South Africa had the better of the batting conditions but our bowlers came up trumps today.”

On Curran’s final-ball heroics, Morgan added: “It takes a lot of courage when the best ball to bowl is a gamble ball, the slower ball at the end. Fantastic catch by (Adil) Rashid, we go to Pretoria on Sunday at 1-1.”

Morgan also reserved particular praise for Jordan, who returned figures of two for 31.

He said: “He’s outstanding, one of our more experienced bowlers. He’s got a very cool, calm head on his shoulders. He seems to deliver when it matters. It’s a tough ground to bowl on here.”

South Africa captain De Kock was disappointed his side could not come out of the final-ball thriller on the right side.

He said: “It’s great cricket. Both teams are playing really good cricket at the moment. It was just unfortunate we didn’t come across the line.

“It was quite difficult. They bowled really well at the death, but I think we can get better. I’m sure the bowlers know that.”