Eriksen ‘can leave Spurs with pride’ amid rumours of Inter move 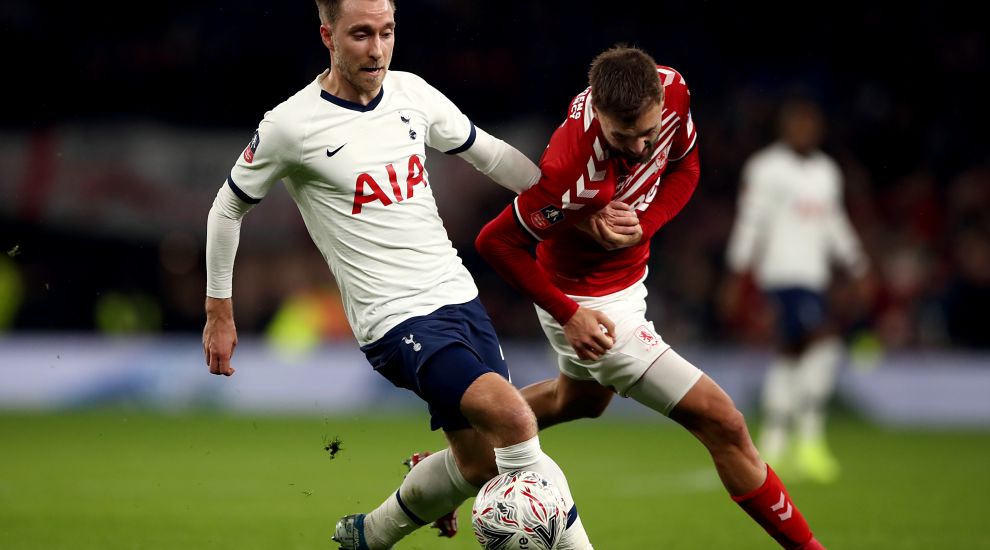 Eriksen ‘can leave Spurs with pride’ amid rumours of Inter move

Jose Mourinho has told Christian Eriksen to leave Tottenham with his head held high amid reports of an imminent exit to Inter Milan.

The Denmark international’s Spurs career is definitely coming to an end, it is just a case of whether it will be this month or in the summer.

Reports in Italy suggest Eriksen has agreed a deal with the Serie A side, which could mean his outing in the 2-1 FA Cup win over Middlesbrough could be his farewell appearance.

Despite almost seven years of brilliant service to Spurs, where he was at the forefront of the team which has been at the top of the English game for the last few years, his relationship with the fans has turned sour.

He was booed off against Liverpool at the weekend and again was jeered before kick-off in the third-round replay over Boro, where goals from Giovani Lo Celso and Erik Lamela set up a fourth-round meeting with Southampton.

Mourinho says that Eriksen should be proud of his stint in north London.

“He played very well. Played very well, very professional which is what I expect from him,” Mourinho said of his display against Boro.

“If his decision is to leave I think he has to leave with his head up, if he gives everything which is what he tries to do for the team.

“Fans, it’s always to respect, we have to respect but I think the boy did it for us today.”

Lo Celso and Lamela are the latest Argentinian duo to impress for Spurs in this competition, rolling back the years to the days of Ossie Ardiles and Ricky Villa.

Mourinho said that famous pairing would have been impressed with their compatriots’ display against Boro.

“But I am happy with Lamela and Gio. Lamela was out for so long, he has been coming back step-by-step.

“Playing 20 minutes here, half an hour against Liverpool and 90 here. You could see his fitness is coming.

“And Gio again has been step-by-step. He was so so good against Liverpool and so so good here again.

Middlesbrough were unable to recover from the two early goals, though made a game of it after George Saville’s 83rd-minute strike.

Boro boss Jonathan Woodgate, who scored the winning goal last time Tottenham won a trophy in 2008, was proud of his side.

“I hate getting beat,” he said. “But if you gift Tottenham two goals like that is it going to be difficult.

“But I tell you what our players showed fight, desire, hunger, because you go 2-0 down you think the worst, and they didn’t give up. I am proud of them.”

Wood: I woke up feeling ready to charge in for England one more time