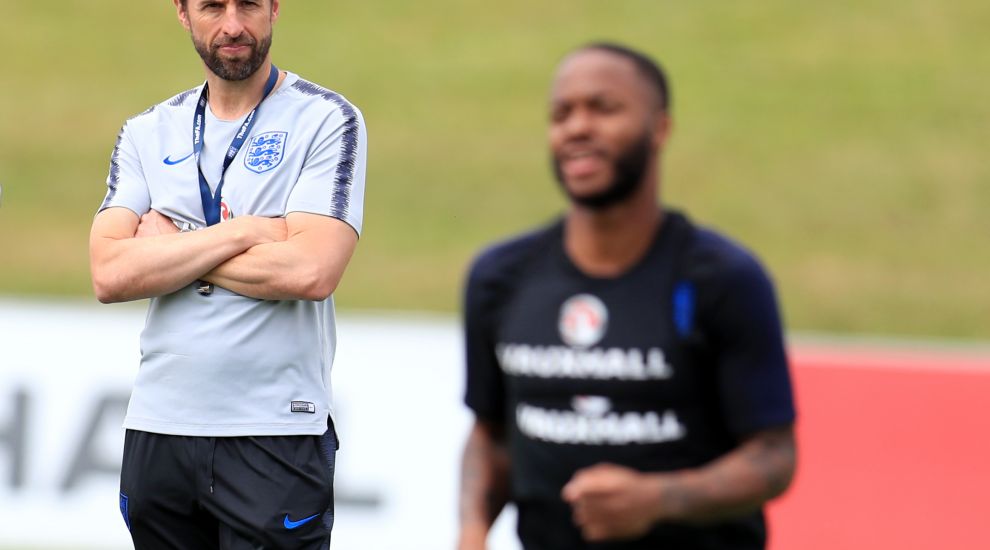 Gareth Southgate believes England are now seeing the very best of Raheem Sterling – a player that has everything required to get even better.

The 24-year-old has enjoyed a remarkable upturn in fortunes, having called himself “the Hated One” during a miserable Euro 2016 and gone on a long international goal drought.

Yet Sterling has come on leaps and bounds at Manchester City under Pep Guardiola, while Southgate is getting the best out of a player that netted his eighth England goal in as many appearances in Tuesday’s man-of-the-match display against Kosovo.

The forward also shone in Saturday’s 4-0 defeat of Bulgaria and his international manager believes the only way is up.

“There are moments where the team were ahead by three or four and it’s possible to look outstanding, but in both games, at 0-0, at 1-0 down, at key moments of the game, he’s just grabbed the game by the scruff of the neck,” Southgate said after the 5-3 win at St Mary’s.

“When there was no space at Wembley, he was the one that was able to open things up, so I couldn’t speak highly enough of the quality of his performance.

“He’s just a player that’s playing full of confidence, wants to be involved in everything, showing real maturity around the camp.

“I think that he is becoming a big influence with some of the other leaders in terms of how we do things.

“And for me it’s lovely to see the shift in the public opinion of him. We have always picked him.

“There have been times where he has not played well and we have taken him off and that has been the right thing, but he has always been integral to the way we want to play.

“But his performance is at the highest level we’ve had since we have been with him, really.”

Sterling is establishing himself at “the real top table in the game” and his ever-improving displays have led to talk about him eventually challenging to be the world’s best.

Southgate feels such recognition will only come with performances in the biggest matches for club and country, but an unrelenting hunger to improve and his undoubted ability makes it possible.

“Well, in terms of can he fulfil it, it’s a bit like I talked about Harry (Kane) the other day (about breaking the England scoring record) – he’ll give himself every chance of doing that,” he said.

“There are obviously some outstanding players around, the (Eden) Hazards, the (Kevin) De Bruynes.

“But he will give himself every chance, because he’s got the drive, he’s got the professionalism, he’s got the ability, he’s strong, he’s physically and mentally strong for such a small-statured lad.”

Sterling looks a sure-fire starter at Euro 2020, but there are not many players with nailed down spots given Southgate’s openness to change.

Tammy Abraham was knocking on the door of this squad after a fine start to the campaign with Chelsea.

The 21-year-old made his senior England debut in a friendly against Germany in November 2017, but Nigeria have not given up on persuading the striker to switch to them.

“I think with Tammy, he’s a young player that we’ve always liked, we know he’ll score goals,” Southgate, who has not closed the door on veteran Jamie Vardy, said.

“We felt (that it was a) bit early this time, but we really can see that he can offer us something moving forward. We obviously gave him a cap back in November of 2017.

“So, for sure, we need to make certain that he feels that the opportunity is going to be there. I’m pretty sure he does. He knows us well enough.”

Southgate has some thinking to do ahead of next month’s qualifiers, from new faces to midfield solutions and his defensive set-up.

England’s four-man defence were guilty of some poor errors in the frenetic win against Kosovo and Southgate was asked afterwards about a return to the back five used in the run to the World Cup semi-finals.

Joe Rodon back to boost Swansea