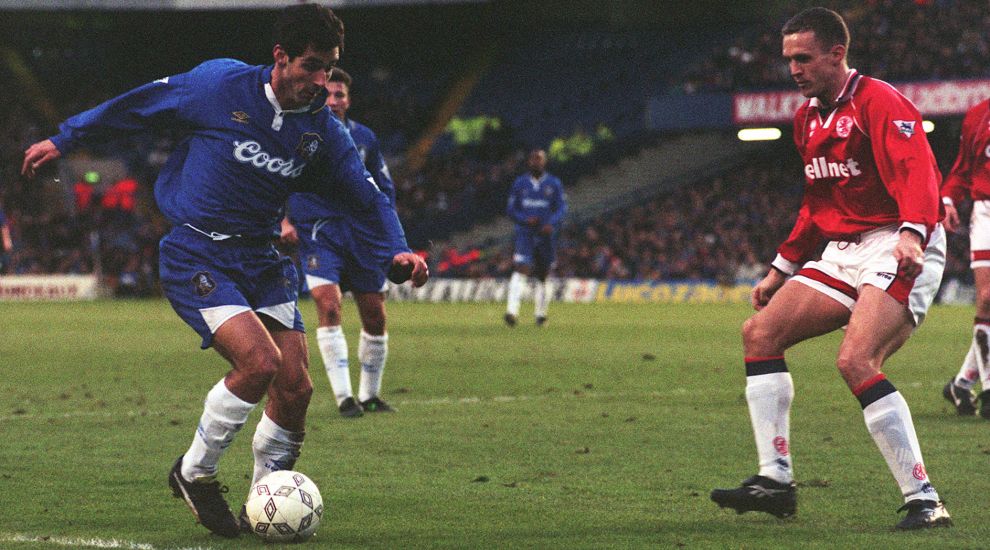 Gavin Peacock walked away from a burgeoning punditry career some 15 years ago to answer his calling as a Christian pastor in Canada.

Here, the former Chelsea midfielder talks to the PA news agency about religion, family and community amid the coronavirus pandemic.

Former Chelsea star Peacock believes Frank Lampard could be “gold dust” for the Stamford Bridge club – as much for the way he handles himself as his managerial acumen.

Peacock helped Kevin Keegan’s Newcastle reach the Premier League and starred at Chelsea under Glenn Hoddle, thriving through the nineties as a midfielder of goals and grace.

But just as his first post-playing career was about to sky-rocket, he relinquished a coveted role on Match Of The Day and headed instead for Calgary, Canada.

From the gantry to the pulpit, his punditry switched from football to Christianity. Some 15 years later he is still a pastor at Calvary Grace Church – and continuing to draw enjoyment from his former sport.

Peacock expands his ministry on social media, with tweets centred around family, and managing to fill responsibilities as a man in the modern world.

And that’s when the conversation turns to Chelsea manager Lampard, because Peacock sees the Blues’ record goalscorer turned boss as a strong example of how to balance traditional ideas of manhood in current times.

“Frank has all the hallmarks of the gentleman manager,” Peacock told the PA news agency.

“He has self-control, he’s measured in his comments; maybe he feels certain things but he doesn’t let that show, he has himself under control and he’s intelligent.

“He can think of the bigger picture. He wants to bring those young players through, has a sense of Chelsea and the history of the club, and the necessity to keep the youth products coming through.

“The fans love that, and I think it’s a necessity for the identity of the football club.

“Someone like Frank, he’s gold dust. He’s a young, English manager at one of the top clubs in the country, at the top level.

“I’m encouraged with Frank. He’s a great figurehead for Chelsea.

“True men are not ‘nice’ men, we throw that word ‘nice’ around a lot.

“Really, true manhood is not about being ‘nice’: it’s about being caring, strong, but also disciplined as well. You have that firmness there.

“Good managers care about their players. Frank would probably tell you about Jose Mourinho when he first went there, he spent time getting to know all the players, their backgrounds, families and purpose.

“He can cast vision, he’s got an idea, he’s disciplined, so he’s got that bit of steel.

“He cares about the players, so they are the ingredients for a good manager, a good leader – and a good man.

“But I consider the ultimate picture of manhood is Jesus Christ, and his sacrifice to save people. This is what Christians will be celebrating at Easter.”

From preaching to leadership, and counselling, visiting the sick and speaking globally, Peacock has made a new name for himself far away from football.

“I tweet mainly about Christianity, with a particular focus on manhood, family and marriage – and the odd thing about football,” said Peacock.

“The coronavirus has brought everyone back to the reality of staying in and rediscovering what your family is, how it works. Hopefully people will become more grateful for what they have.

“I think there’s a need maybe for young men to be trained up these days, to seek responsibility, and to look to protect women and loved ones.

“Biblically, I think a man should be a gentleman, he should be strong, firm and sacrificial, having a tender side to him, especially with regards women and children.

“It is also being other-centred, that he can be the man in the neighbourhood that you can rely on.

“That’s quite a noble, chivalrous approach, that actually gives young men something to attain.

“Culturally and traditionally that was part of the fabric of society 50, 60 years ago, but that has perhaps been eroded somewhat now.

“Perhaps there aren’t as many male role models in football as in days of old, but you can be encouraged by men like Frank Lampard.”

Peacock’s son Jake is cutting his own sporting swathe now, starring in the early stages of a professional career in Muay Thai boxing and owning his own Calgary gym, Dunamis.

Four wins from four bouts and all by knockout, Jake is on his way – and all while defying the fact he was born with one hand.

“Jake was born the summer I joined Chelsea, in 1993,” said Peacock.

“We’d just won promotion to the Premier League at Newcastle with Kevin Keegan.

“Within two weeks at the end of that season Jake was born.

“I spoke to Kevin and we wanted to be back down south and a bit closer to family. Kevin was great – he said he wouldn’t out-price me in the market; then Glenn Hoddle came in and that’s why I went to Chelsea.

“Jake was born with one hand, and has never know anything different. And nothing’s ever stopped him.

“He was a great all-round sportsman as a youngster, but martial arts was always his thing.

“He’s inspirational, because people think ‘how can you compete with one hand in a sport where surely you’ve got to have two hands?’

“And of course Jake shows just what can be done through hard work, perseverance and talent.”