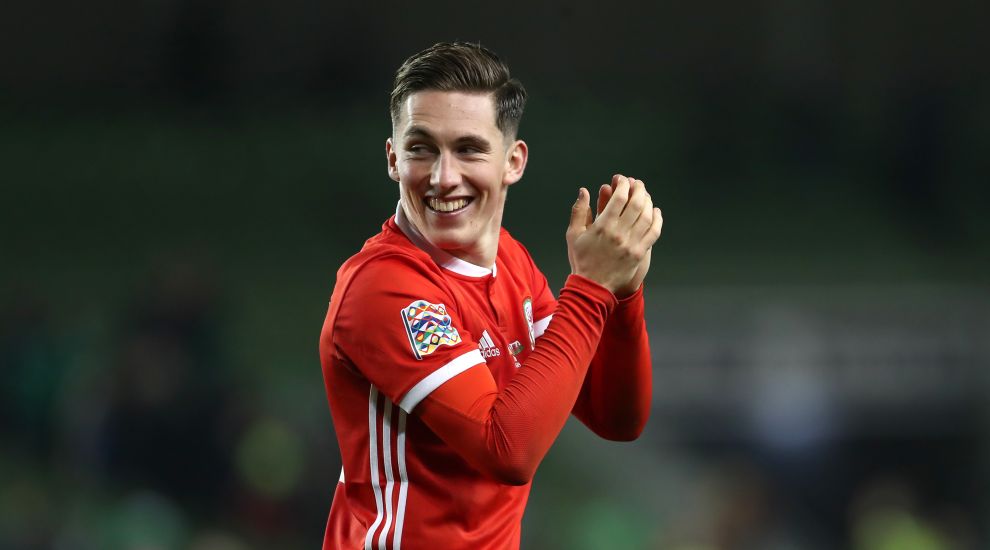 The Wales boss was delighted with his understudies in Dublin.

Wales boss Ryan Giggs challenged his players to win their Nations League group after seeing them edge past the Republic of Ireland without star men Gareth Bale and Aaron Ramsey.

Giggs’ men sit at the top of League B’s Group Four after completing a double over Ireland with a 1-0 victory at the Aviva Stadium courtesy of Harry Wilson’s fine free-kick.

They entertain Denmark next month already having assured a place in pot two for the Euro 2020 draw and knowing another three points will put them into an unassailable position.

Giggs said: “We set out in this Nations League to win the group and then see where it took us, and that’s good that we can do it with one game to go.

“Now the next thing is to look to win it. It won’t be easy – we have got Denmark at home – but Cardiff City Stadium will be bouncing, we’re guaranteed for that, and I’m really looking forward to the challenge now.”

A game of sparse quality was won by one of the few moments of inspiration when Harry Wilson took full advantage of Harry Arter’s rash 58th-minute challenge on Connor Roberts to curl home a superb free-kick.

Giggs, who handed first starts to teenagers Matthew Smith and Tyler Roberts in Dublin, was significantly happier with Wilson’s contribution in Dublin than the one Derby’s on-loan winger made in scoring in his club’s Carabao Cup win over Giggs’ former club Manchester United last month.

He said: “Harry, magnificent free-kick. I thought about fining him for scoring at Old Trafford, but I won’t be fining him tonight.

“It’s not easy when you’re missing quality players like that, and there have been results which have not gone our way without Gareth and Aaron, so it was a chance for the players to come in and prove that that’s not the case going forward and they did that tonight.

“We played some really good stuff, but the thing I’m most proud about is that clean sheet, that will to defend and put their bodies on the line.”

If Giggs was jubilant as he headed back across the Irish Sea, opposite number Martin O’Neill found himself increasingly embattled after a run of five competitive games without a win and only nine goals in 13 matches.

Asked if he questioned himself – there were boos on the final whistle – he replied: “Do you know what? I am not so sure that I have ever not asked questions about myself.

“And in terms of questioning, there is no question. I do question everything that happens on the field. I look back again to see what we may have been able to do a little bit better and hopefully that improvement continues.

“But in terms of questioning myself as a professional, both as a player and as a manager, I’ve always done it, genuinely always done it.”

Lewis Alessandra could make his Carlisle bow against Walsall