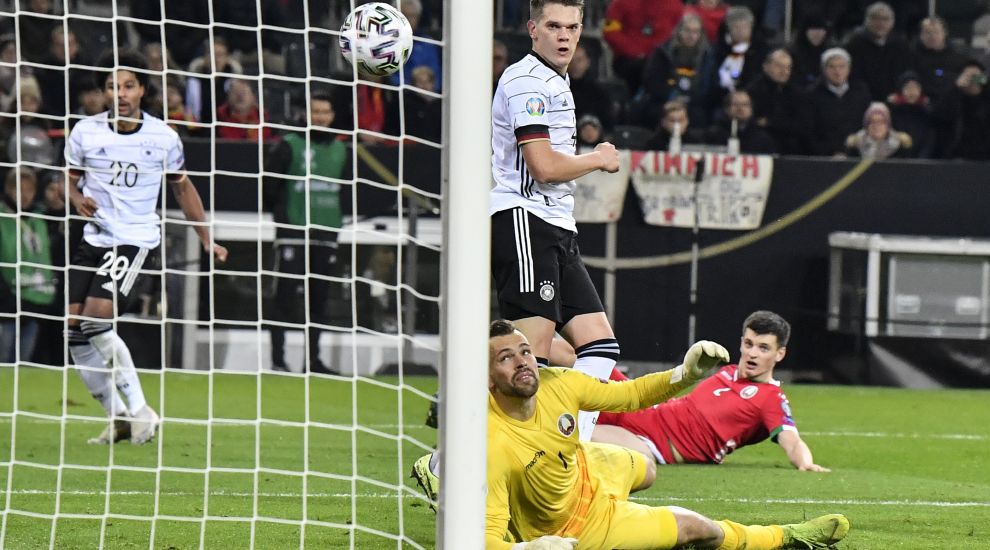 Matthias Ginter was delighted to register his first international goal as Germany booked their place at Euro 2020.

The Borussia Monchengladbach centre-back opened the scoring in the 41st minute with an exquisite backheeled flick from Serge Gnabry’s low cross on his home ground.

Leon Goretzka doubled Germany’s advantage before a brace from Toni Kroos wrapped up a routine 4-0 victory against Belarus to move top of Group C.

Northern Ireland’s failure to win at home against Holland meant the three points were enough for Joachim Low’s side to progress to next summer’s tournament, alongside their Dutch counterparts.

Speaking to the German Football Association’s official website, Ginter said: “Our main aim was to qualify for the Euros. We’re pleased to be part of such a big tournament.

“I’m really happy about my first goal. It’s great that I got it here in Monchengladbach too. They often left us a lot of space.”

Germany boss Low added: “I congratulated the players on securing qualification – that was our main goal. The team played really well tonight.

“They combined well with one another. We were slightly sloppy after our third goal and have to be more clinical.”

Belarus burst into life when trailing 3-0 in Monchengladbach, with Yuri Kovalev heading wide before the visitors were awarded a 75th-minute penalty for a foul by Robin Koch.

However, captain Manuel Neuer preserved his clean sheet by guessing correctly to produce a brilliant save from Igor Stasevich’s spot-kick.

Kroos, who scored his 16th and 17th international goal, and fellow goalscorer Goretzka both agreed that there is room for further improvement ahead of Germany’s 13th successive European Championship appearance.

“It’s always difficult against teams like that until you make it 1-0. We didn’t struggle too much, but we weren’t at our best early on,” Real Madrid midfielder Kroos said.

“We have a lot of quality players, although sometimes you can tell we are lacking a bit of experience as a side. We are heading in the right direction.

“We’ll have to see where we are at just before the tournament begins. Both friendlies in March will be important in telling us that too.”

Goretzka added: “We are a young group with little time left to play before the tournament. We take every opportunity to take the next development step.

“We have to evolve because we are far from where we want to go.”