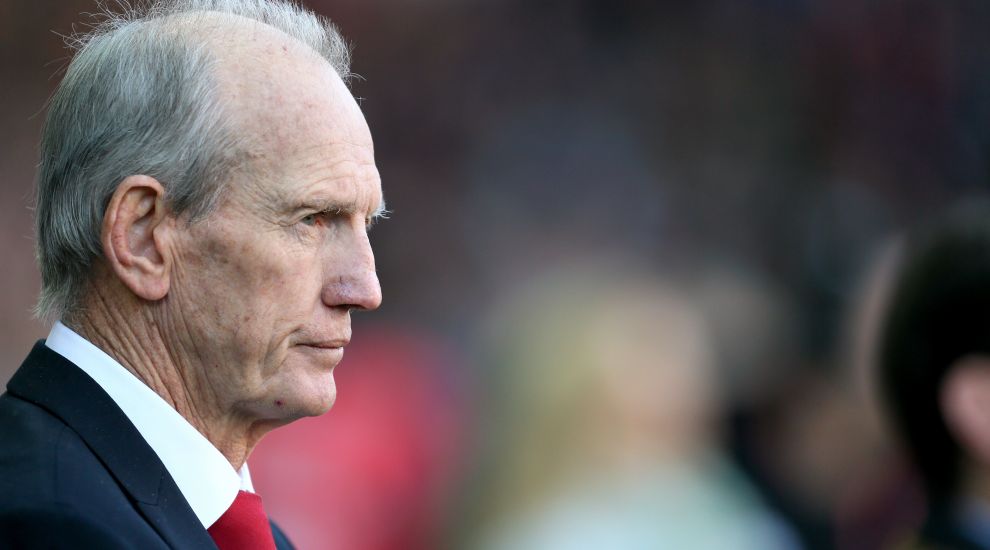 Great Britain’s eagerly-awaited return after a 12-year absence is turning into a nightmare after they suffered a third straight defeat on their tour of New Zealand.

Beaten 14-6 in their opening game by a Tongan Invitational XIII, the Lions showed signs of improvement in going down 12-8 in the first Test with the Kiwis but it was back to square one in Christchurch, where they played dismally and were beaten 23-8 on Saturday.

A 2-0 series whitewash piles the pressure on coach Wayne Bennett, whose contract is up at the end of the year and who will be looking for consolation when he takes his side to Port Moresby for their last match against Papua New Guinea next Saturday.

On this performance, Britain will struggle to beat the Kumuls, who pushed Fiji all the way before going down 22-20 in an Oceania Cup match played as a curtain-raiser at the Orangetheory Stadium.

There was little to choose between the teams in Auckland but this time the Kiwis were far superior and a total of three tries in three matches sums up the Lions’ inadequacies.

New Zealand had all the aces, in particular Shaun Johnson, a regular scourge of England who had a point to prove after being dropped for the first Test.

Johnson, who broke England hearts in the 2013 World Cup semi-final, sent centre Joseph Manu over for the first try and jinked his way over for one of his own before half-time to put his side into an unassailable 16-2 lead.

The Warrington stand-off came up with the first error of the game after only three minutes, fumbling Johnson’s bomb, which set the tone for a wretched first half.

Jamayne Isaako and Gareth Widdop traded early penalties, just as they did in the first Test, before the Kiwis half-backs engineered an opening for Manu to score the first try after 12 minutes.

Britain looked to hit back straight away but a handling error by Tom Burgess on the first tackle in front of the New Zealand posts knocked the stuffing out of them and Isaako nudged his side further ahead with two penalty goals.

Johnson’s solo try just before half-time and an acrobatic finish from winger Ken Maumalo early in the second half enabled the Kiwis to strengthen their grip on the game as they led 20-2.

The introduction of Luke Thompson, Alex Walmsley and Josh Jones from the bench injected more punch and purpose into the Lions attack and a superb offload from a four-man tackle by Jones got hooker Josh Hodgson over for a 50th-minute try.

Widdop added the conversion and Britain almost scored again when second rower John Bateman chased Widdop’s grubber kick only to be beaten to the touch by full-back Roger Tuivasa-Sheck.

Jake Connor was also denied as the tourists piled the pressure on in the last 15 minutes but without creating enough chances to make it count and Isaako wrapped up the scoring with a drop goal and a fourth penalty on the stroke of full-time.