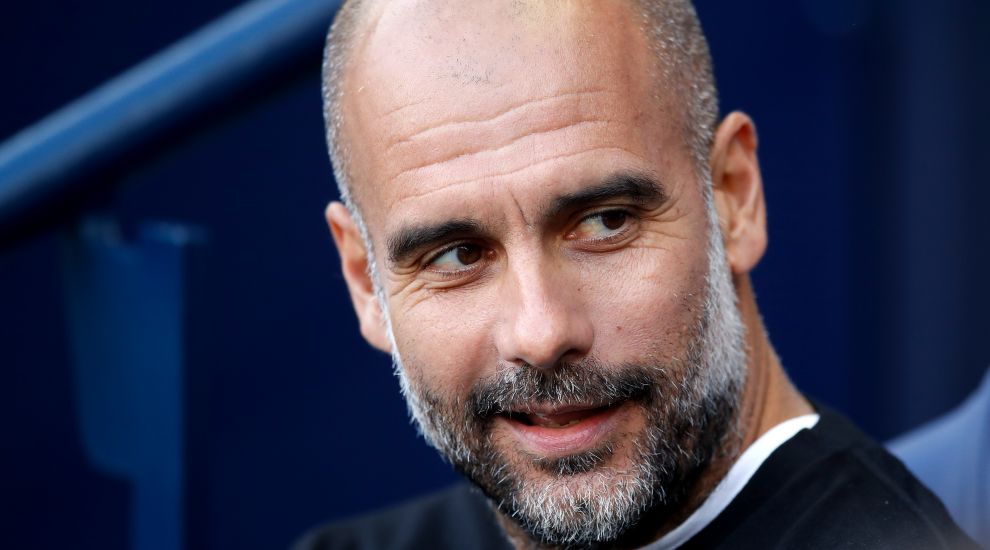 Pep Guardiola insists he had no doubts his Manchester City players would respond after last week’s surprise defeat at Norwich.

The back-to-back Premier League champions were stunned by the promoted Canaries at Carrow Road but bounced back by sweeping aside Shakhtar Donetsk 3-0 in their Champions League opener in Ukraine.

“After what happened in the last (three) years, I didn’t have doubts,” said the City manager, whose side host struggling Watford on Saturday. “The result was good but the performance was even better.

“Of course we can lose. We know before every game we can lose, even tomorrow. We have to have that feeling.

“But when we lose one Premier League game in eight months, why should we have doubts?

“Sometimes the opponent is better or more precise, or sometimes they do something we don’t expect or we don’t have the best performance.

“But I didn’t have doubts after one defeat what the reaction of the team would be because they’ve shown it many times in many years.”

City, who trail Premier League leaders Liverpool by five points after five games, will hope to get back to winning ways in the league when they welcome bottom side Watford to the Etihad Stadium.

Guardiola’s side thrashed the Hornets 6-0 to clinch the treble in last season’s FA Cup final but the Spaniard insists that counts for nothing new.

Guardiola said: “It was the last game in the season. We played knowing we could be part of something unique in English football history – never has a team done four titles in one season, especially the three important domestic trophies.

“We had a few problems in the beginning from one or two counter-attacks but after we scored we were more relaxed. Now it’s completely different.

“It is the beginning of a new season, they’ve changed their manager. I saw the game against Arsenal and – wow – the second half was incredible, the way they played.”

Fernandinho is likely to remain in central defence after stepping in against Shakhtar following injury to John Stones, who joined Aymeric Laporte on the sidelines this week.

City have limited alternatives. Guardiola has hinted that Rodri or Kyle Walker could switch positions but untested teenagers Eric Garcia and Taylor Harwood-Bellis are the only other specialists available.

It means City could be stretched in the coming weeks but Guardiola refuses to complain.

“It’s not a problem it’s a challenge,” he said. “I don’t take this situation as a problem. It is what it is and we have to accept it and handle it.”