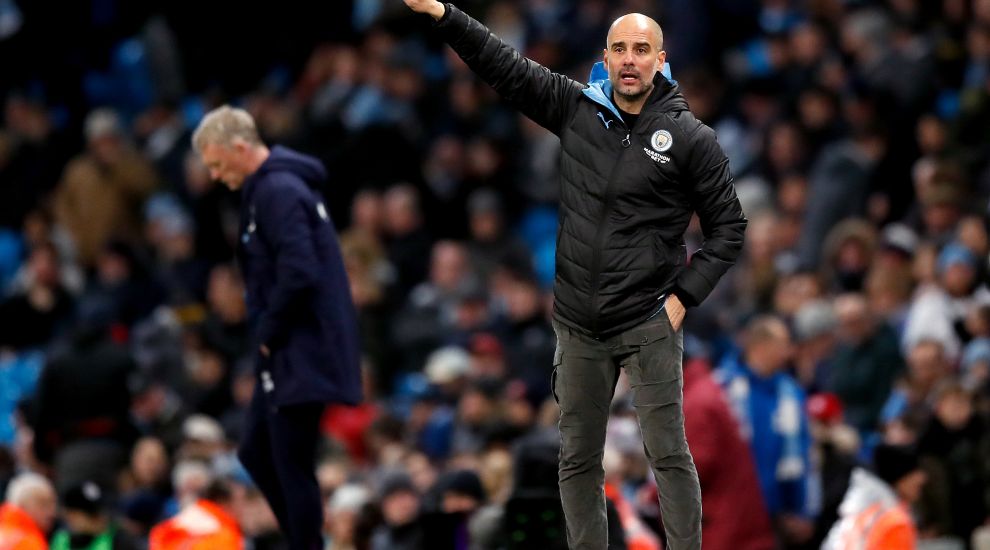 Pep Guardiola has insisted he will stay and “fight” for Manchester City even if their two-year ban from European football is upheld.

After goals from Rodri and Kevin De Bruyne earned a 2-0 win over West Ham, Guardiola spoke publicly for the first time since UEFA handed down the ban and a £24.9million fine for “serious breaches” of Financial Fair Play regulations on Friday.

Speculation over the future of Guardiola and many of the club’s star players has naturally followed, but the Catalan said he and his squad want to fight for the club and their supporters.

“When someone believes he is right, he is going to fight to the end and that is what we are going to do,” Guardiola said.

Speaking on Sky Sports immediately after the final whistle, Guardiola insisted the only way he would leave the club before his contract expires in 2021 is if he was sacked.

“Why should I leave? When I said before a month ago, I love this club, I like to be here.

“I am optimistic in the end it will finish well. Me personally, we speak with the players and the next three months we still have focus on what we have to do and see, in the end, what is the sentence.

“Personally, no matter what happens, I will be here next season…

“We are optimistic that at the end the truth will prevail and next season we will be in the Champions League.”

The club has issued an aggressive response to UEFA’s ruling.

A statement on Friday described the adjudicatory process as “prejudiced” and confirmed they would return to the Court of Arbitration for Sport, while on Wednesday chief executive Ferran Soriano said in a video the allegations were “simply not true”.

Guardiola’s relationship with Soriano and director of football Txiki Begiristain dates back to their days together at Barcelona, and he said his trust in the club’s board was complete.

“I spoke with the club, with my chairman (Khaldoon Al Mubarak) and CEO and I follow,” he said. “I believe in them.”

Asked if he had requested to see what the club says is “irrefutable evidence” that UEFA’s allegations are false, Guardiola added: “It is so sensitive with the legal situation that I am not the person to talk about that.

“I know a little about the reasons why and I support the club 100 per cent. I trust what they told me and that is what I can say.”

City had certainly showed no lack of fight on the pitch.

Though the 2-0 scoreline was far from overwhelming against a side stuck in the bottom three and now winless in seven, City enjoyed almost 80 per cent possession, had 20 shots at goal, and saw Rodri complete more passes than West Ham’s entire team.

It was a much-needed result in the context not only of the week City have had, but also defeats suffered against Manchester United and Tottenham before the winter break.

“After the winter break, after 12 days, after what has happened, it’s always a question how we are going to react but the team is incredible,” Guardiola said.

For West Ham, a fifth defeat in seven games keeps them in the relegation zone, one point from safety, but David Moyes was not too downbeat.

“I thought we were really well organised defensively,” he said.

“I think the structure we set up tonight was to try and make it difficult for Manchester City. The quality they have, very few teams will come here and be open.

“We did a decent job, but not enough to get something.”