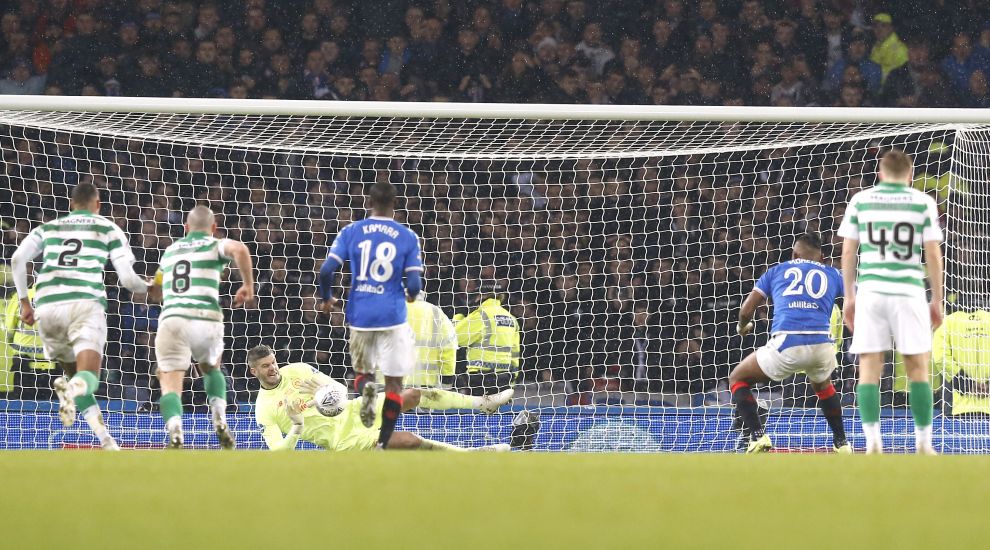 The 31-year-old England international, on loan from Southampton for his second spell at the Parkhead club, made a series of saves before defender Christopher Jullien knocked in a Ryan Christie free-kick in the 59th minute to give the holders the lead.

His best save, however, was when he threw himself to the right to block Morelos’s spot kick, after Celtic’s Dutch right-back Jeremie Frimpong had been sent off by referee Willie Collum for fouling the Colombian striker inside the box and the Hoops held out for their 10th successive trophy win.

Forster told PA News agency: “I picked a way to go and luckily he went the same way that I went.

“I am very fortunate that happened and it was nice to make a save.

“I just go with my gut and see what happens and today it went for me and I was just delighted to make the save.

“There was so long left in the game to play with 10 men. We had to keep going until the end.

“It is a different kind of performance than we are used to but we showed we can do that side of the game as well.

“It is another special day for my collection. I’ve had some special days and I am just buzzing I did my bit for the team.

“They were fantastic in front of me and when we went down to 10 men we defended really well.

“It was probably the worst we have played all season but I am delighted to win, that’s all that matters in a cup final.

“Obviously you want to play better but winning is the main thing.”