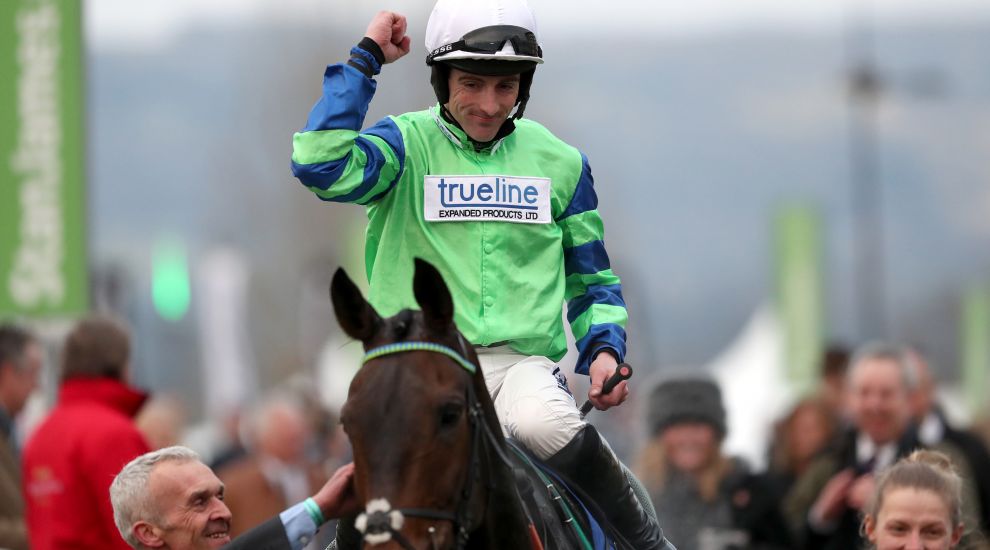 Brian Hughes is busy trying to fill his days at home as the coronavirus pandemic continues to keep racing on the sidelines.

The jumps campaign was effectively brought to a close when the British Horseracing Authority announced the suspension of racing until at least May 1, with the National Hunt year having been scheduled to end on April 25.

Hughes was 19 winners ahead of defending champion jockey Richard Johnson at that point and while yet to officially be confirmed as the new champion, the rider is happy with a season that yielded 141 winners – just five short of his best total.

He told VBET: “It’s not easy, filling in the days, as there’s only so much you can do at home. Like everyone else, we’ve not done a great deal these last few weeks and it’s been pretty boring.

“We live on a farm, though, so that’s really helpful as it keeps us active as we can go out there and help out.

“I’m also keeping fit every day by going for a run first thing in the morning. I’ve also got two kids to take care of and they certainly keep me busy. I think I’ve watched so many episodes of Peppa Pig by now that I could write one of the scripts.

“This is not a good time for anyone, but there are people in a lot worse situation than me and my thoughts go out to them. You’ve just got to try and do your bit by sticking to the rules and not going out.

“It’s a difficult time, but we’ve got to just muddle on and do the best we can.”

The Co Armagh-born rider, 34, who lives in Carlton, North Yorkshire, added: “What with everything that’s going on, horse racing and the jockeys’ championship are immaterial in the grand scheme of things.

“There is obviously a lot of uncertainty right now, with many of the lads wondering how they are going to make a living on a day-to-day basis.

“Hopefully racing can get going again, sooner rather than later, but the well-being of everyone in the world is the most important thing right now.”