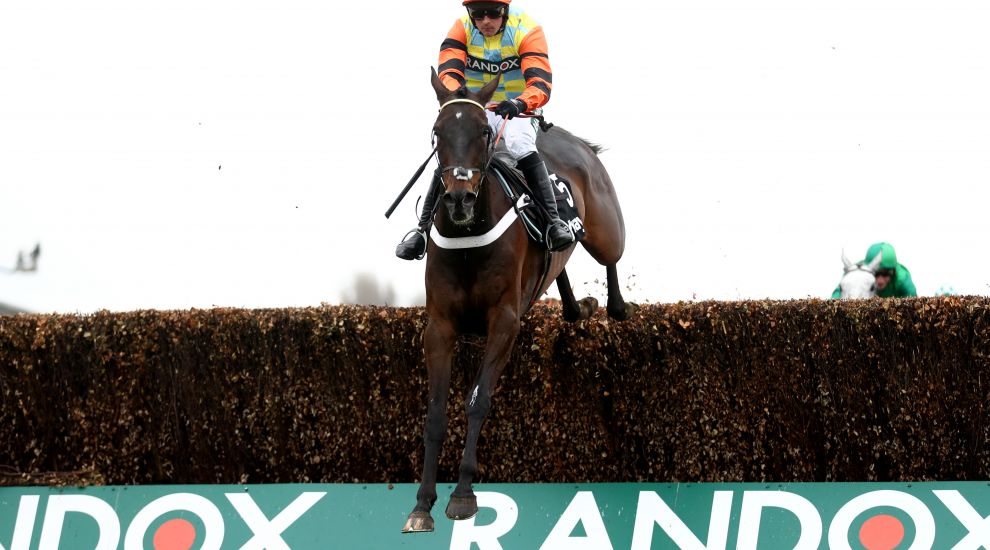 Nicky Henderson is considering options for the return to action of Might Bite.

The 2017 King George VI Chase winner, who went on to be second in the Gold Cup at Cheltenham, disappointed in three outings last season.

Henderson feels his big asset is his jumping, but whether he starts off at Huntingdon or Aintree has still to be decided.

“The whole demeanour about him at the moment is his jumping,” said Henderson, speaking after working a number of his horses at Newbury on Tuesday morning.

“He used to be the most spectacular horse. He used to bowl along in front and he had them all off the bridle a long way out, just because his jumping took him there.

“Last season he never jumped as well as he did before. That is why we let him jump five fences today and he has been very good. He has got that part of his mojo is back.

“Nico (de Boinville) wants to come back to two and a half miles and we don’t often disagree. However, he thinks the Peterborough would suit him and I think the Many Clouds at Aintree would be the right race for him. That is the time of year he will appear.”

Grade One-winning novice hurdler Champ has made a fine start to life over fences and his plan has been slightly changed.

Henderson said: “He could easily come to Newbury for the two-and-a-half-mile Grade Two (Berkshire) novice chase. I think we are looking at coming here, then to Cheltenham on New Year’s Day for the Dipper.

“JP (McManus), AP (McCoy) and I have discussed it and we are thinking come here then probably leave Kempton (Kauto Star) and go to Cheltenham.”

Santini was not overly impressive when making a winning return at Sandown recent and has had a minor wind operations. While the Cotswold Chase in January remains an aim, his trainer wants a race in between.

“We have tinkered with his wind, but he is back in being ridden again. I need to run in something before the Cotswold Chase. A graduation chase would be nice as he has only won two over fences so far,” said Henderson.