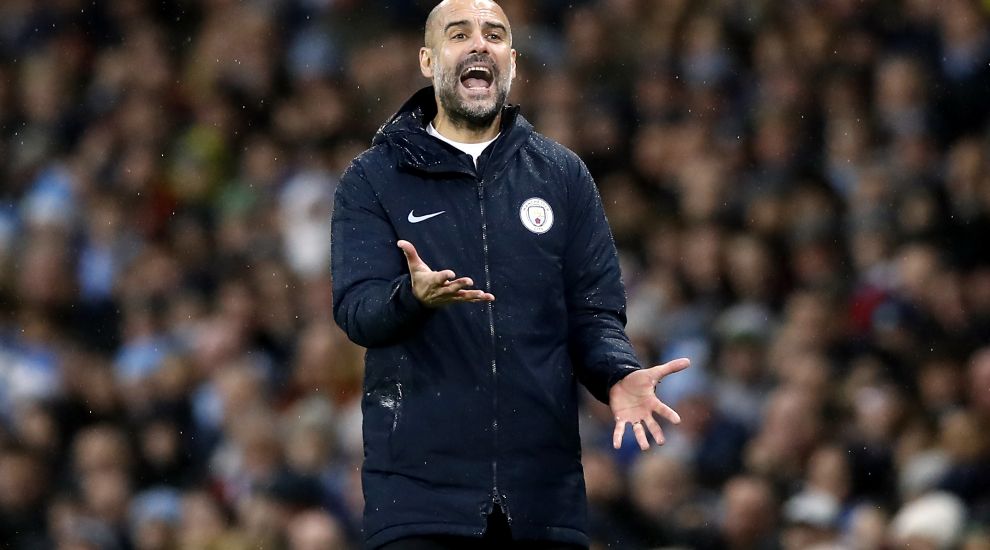 Manchester City boss Pep Guardiola has warned Liverpool of the pressures of being Premier League leaders.

Boxing Day could prove a pivotal day in the title race after results saw the Reds extend their advantage at the top of the table to six points ahead of Tottenham, with City a point further back in third place after a 2-1 loss at Leicester condemned them to a second straight defeat.

Guardiola’s team have the chance to narrow the gap when they host Liverpool at the Etihad Stadium on January 3, but first they travel to Southampton on Sunday.

Liverpool host Arsenal the day before and Guardiola warned his rivals that it can be difficult being out in front when everybody expects you to win.

“From January, February last season people said, ‘The Premier League is over’. To live with that is not easy,” said the City boss.

The defeat at Leicester is the first time in two years that City have lost back-to-back Premier League games and they have now suffered three defeats in four league matches, following the losses against Chelsea at the beginning of the month and Crystal Palace last weekend.

But Guardiola remains confident in his team’s ability and has backed them to bounce back.

“The less important issue is Liverpool, we have to think about Southampton,” he said. “I don’t forget who we are, how good a team we are, how exceptional these lads I have in the locker room are.

“The reality is we have lost three in four games and the last two. If you want to be real contenders you have to win again. If you don’t, it will not be possible.”

After successive Premier League wins against Chelsea and City over the Christmas period, Leicester boss Claude Puel wants his side to keep that momentum heading into the new year.

He said: “These two games were fantastic challenges and we created the upset. Okay, it’s good, it’s perfect, but now we need to maintain a consistency and our mentality.

“They are special games because we played great teams with a lot of possession and a good organisation. We made a fantastic work on the pitch with the right mentality, a positive attitude.

“We play against Cardiff in the next game, it will be a different game. We must keep this feeling and togetherness.”