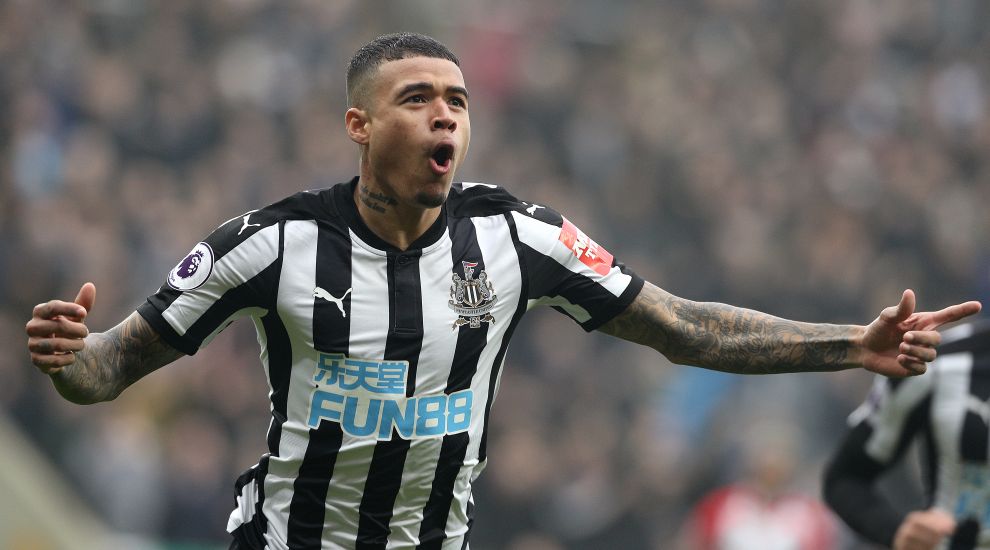 The Chelsea winger impressed last season during a 13-game spell on Tyneside.

The Magpies confirmed on Thursday that the 22-year-old Brazilian will spend the 2018-19 campaign at St James’ Park after impressing during a loan spell during the second half of last season.

Benitez said: “I’m really pleased to have Kenedy back with us. I’m sure every fan will be happy with this signing.

“Hopefully he can keep playing at the same level that he reached with us last season. I wish him all the best for his time here.”

Kenedy made 13 appearances and scored two goals for the club as his pace and invention added a new weapon to Benitez’s armoury, helping the team mount a spirited charge to finish 10th in their first season back in the Premier League.

Benitez indicated from the off that he was keen to secure the player’s return either on a permanent basis or on loan again, and while his price tag – there were suggestions Chelsea were looking for up to £30million – may have proved prohibitive, the Spaniard will be delighted to have got his man.

Kenedy, who has joined up with the rest of the squad at the pre-season training camp in Ireland, too was happy to return after striking up an instant rapport with fans who appreciated the way he has played his football to date in a black and white shirt.

The midfielder said: “I am so happy with this interest from Rafa Benitez, that he came back for me. I want to keep it going, the work that I did here before, for the new season.

“I have received many, many messages on social media from the fans. They made me feel appreciated, so I wanted to come here in this new season and give everything on the pitch.”

His return came a matter of hours before the club confirmed the departure of Spanish midfielder Mmikel Merino after Real Sociedad activated a release clause, understood to be around the £10million mark, in his contract.

The 22-year-old, who signed a five-year deal in October last year after initially arriving on a 12-month loan deal from Borussia Dortmund three months earlier, have left after struggling to win his place in the team during the second half of the campaign despite an impressive start to his career in England.

“The 22-year-old leaves St. James’ Park for an undisclosed fee having made 24 Premier League appearances for the Magpies, scoring once in a 1-0 victory over Crystal Palace.

“Everyone at Newcastle United wishes Mikel the best for the future.”

Benitez had hoped to keep Merino, a player he rates highly, and his exit means there is further work to be done on the rebuilding front.

The 58-year-old, whose own future is still uncertain with just a year remaining on his contract, is desperate for further additions as he once against works to a budget with owner Mike Ashley unwilling to break the bank.

The Magpies look to have missed out on striking target Alassane Plea, with Borussia Monchengladbach close to completing a deal for the Nice man, but West Brom’s Salomon Rondon remains in their sights, as does Crystal Palace winger Andros Townsend.

However, they may have to sell to fund their recruitment drive with West Ham and Everton having been linked with skipper Jamaal Lascelles and Stoke making an approach for Matt Ritchie, although there is no real appetite to lose either man.

Serbia international Aleksandar Mitrovic is wanted by Fulham and Matz Sels and Chancel Mbemba both have their suitors and all three are available at the right price, as are Jack Colback and Achraf Lazaar.