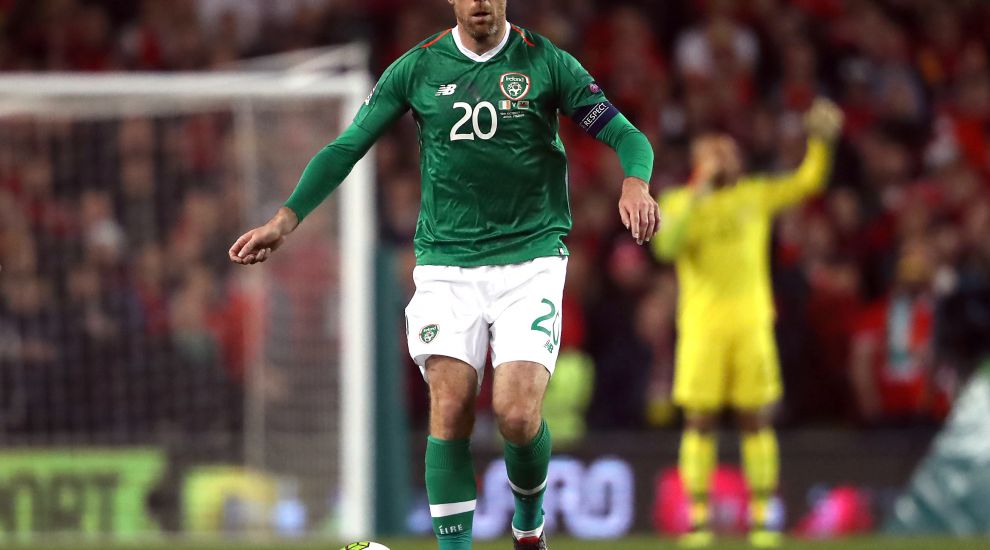 Ireland travel to Denmark next month staring relegation in the face.

Ireland slipped to a 1-0 home defeat to Wales on Tuesday evening which means they are firm favourites to be relegated from League B next month and will therefore be handed a more difficult route to the Euro 2020 finals.

They are without a win in five competitive matches dating back to last October’s World Cup qualifier victory in Cardiff, and have beaten only the United States in a friendly in their last nine outings.

However, O’Neill remains defiant as he approaches his fifth anniversary in the job and Derby defender Keogh, who has captained the team in the last two matches, is firmly behind him.

Asked if the manager could handle the tide of criticism coming his way, he replied: “He doesn’t need me to say that. He’s proven it.

“If you look at his managerial career, he’s had a pretty good one, I’d say. The manager is experienced enough to know football.

“He’s been great for me personally and I can only speak on behalf of me and a lot of the lads who have been together a long time. We’ve enjoyed the last five years. We’ve loved it.

“It’s a bit of a rebuild mode, but I think if you ask the manager he’s still loving it. I think you could see tonight from our performance that we’re all going to the end and we’re all together. That’s the most important thing.”

Keogh knows from experience that the Republic are often at their best when their backs are against the wall having seen them come back from a seemingly impossible position to qualify for the Euro 2016 finals via the play-offs.

While the Nations League, which draws to a close for them in Denmark next month, may have unfolded as something of a write-off, he is convinced they can still make an impression when the latest round of European qualifiers gets under way in March next year, even if they are punished with a lower seeding.

He said: “Listen, everyone wrote us off the last time in the Euros group and look what happened there.

“It’s not ideal, obviously we didn’t want that, but we’ve got to make sure if that’s the case, then we face whatever challenge the group conjures up for us.

“But sometimes when the chips are down, we come out fighting. We’ll be ready for anything.”

Keogh and his team-mates went into Tuesday night’s game desperately needing a win after losing in Wales and only drawing with the Danes and, while they enjoyed the better of the first half, they could not make it count and were ultimately undone by Harry Wilson’s fine 58th-minute free-kick.

The 32-year-old defender said: “Experiencing that is not nice as a professional. It’s a young group that is learning, and we’ve got to make sure that we learn from that tonight so that when the next one comes around, we’re ready to go again.”