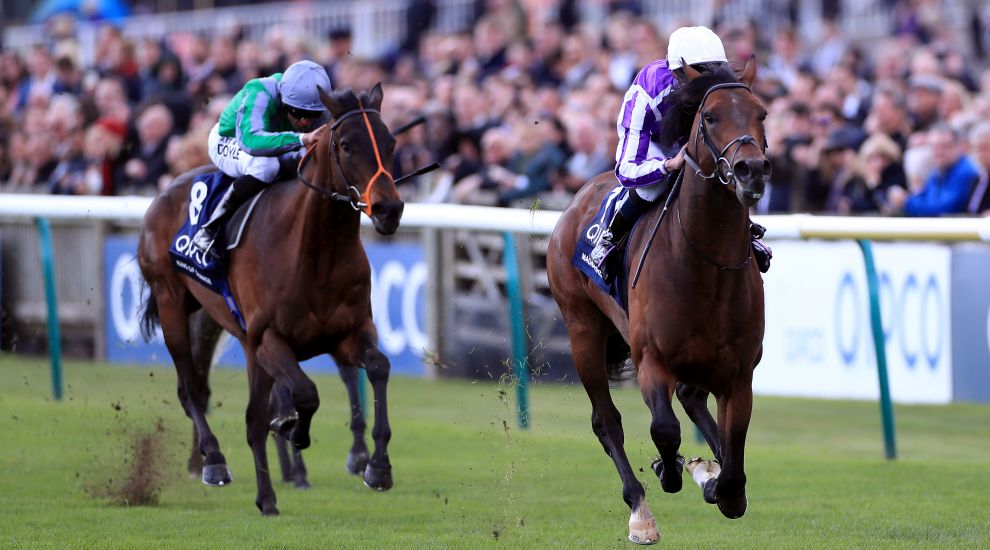 While many would have been tempted to strike while the iron was hot with King Of Change (11-4), who was sent off at 66-1 for the Classic, Hannon took the patient approach.

He was keen to give the son of Farhh plenty of time to get over those exertions after such a massive career best and his decision was rewarded as Sean Levey always looked confident, riding him out to beat favourite Turgenev by a length and a quarter.

King Of Change is entered in the Queen Elizabeth II Stakes on Champions Day and was cut to 12-1 from 20s by Paddy Power.

“He’ll have needed that, he’s been off a while so it was pleasing.

“He’s got a few nice entries and they are all possibilities at the moment. He will appreciate a bit of give in the ground and next year will probably be his year.

“We’ve a fresh horse to head into the autumn with. It was nice for him to prove the Guineas second wasn’t a fluke.”

Palace Pier remained unbeaten, as his odds of 1-8 suggested he should, in the Max Patel Wealth Manager Of Choice Novice Stakes.

Frankie Dettori wanted to keep things simple on John Gosden’s colt and while Mars Landing briefly threatened to make a race of it, Palace Pier pulled four and a half lengths clear.

Despite the comfortable success, Paddy Power were not impressed and pushed him out from 16-1 to 20s for next year’s 2000 Guineas.

Dettori told Racing TV: “He was playful today. He was messing around in the stalls and then I had to make the running and he was looking at everything, but that was why we brought him here – for experience.

“We didn’t want to throw him in at the deep end yet, but he’s learnt some more today and he can be better next time.

“He’s a good horse at the moment, but if he’s special, I don’t know yet. Everything is in the right place, but he’s still a work in progress.”

Dettori and Gosden later made it a treble when Magical Rhythms (5-2 favourite) got going late to win the Stelrad Radiator Group Fillies’ Handicap and Sucellus (100-30) was a narrow winner of the Christmas Parties At Sandown Park Handicap.

Oisin Murphy spoke very highly of Via De Vega after he made a winning debut in the British Stallion Studs EBF Novice Stakes.

Second looked the best Andrew Balding’s newcomer could hope for as Never Alone kicked clear, but on meeting the rising ground, Via De Vega began to fly.

The 14-1 shot was gaining with every stride and poked in front to win by a head.

“The boss really liked him at home. I hadn’t sat on him before today, but it was about a nice education so it’s brilliant he was good enough to win,” said Murphy.

“He jumped a little slow and I was just trying to teach him. At the bottom of the straight, I didn’t feel I could win so I was doing my best, but I wasn’t going to give him a hard time.

“He picked up very well all the way to the line and I suppose it was an eyecatching performance. I’m very excited about him. These are the horses that make you get out of bed in the morning.”