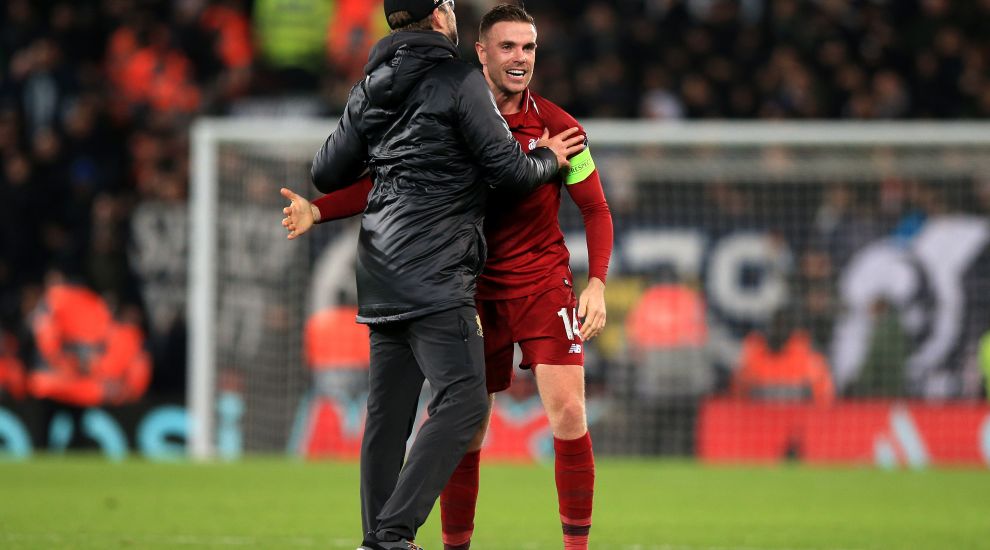 Liverpool manager Jurgen Klopp hailed Alisson Becker as a “lifesaver” after the goalkeeper’s added time save against Napoli kept them in the Champions League.

Leading 1-0 through Mohamed Salah’s 12th of the season, the Brazil international produced a point-blank block from substitute Arkadiusz Milik to ensure his side got the exact scoreline they needed to progress to the knockout stage.

“The goal Mo scored – what a goal, unbelievable – but the save Ali (Allison) made I have no words for that. That was the lifesaver tonight,” said Klopp of his £65million summer signing.

“It was not only one save. He had a lot of things to do tonight. How cool and calm he was with the ball helps us a lot in our build-up situations. When he comes out for crosses he is outstanding.

“And, yes, that save was just incredible, but if we don’t defend the whole pitch like we defended, Ali cannot make 20 saves like the last one.

“He did it…incredible, unbelievable. I never saw something similar.”

Liverpool went into the game having to judge a finely-balanced conundrum of winning 1-0 or beating the visitors by two clear goals.

In truth they could have scored four or five and Klopp was impressed with how they played.

“I am still full of adrenaline. This game was just amazing, outstanding, unbelievable, the boys left their whole heart on the pitch,” he added.

“Our offensive defending and pressing was some of the best I ever saw. How we played football, the intensity was just difficult to deal with, we could have scored more often but the 2-0 doesn’t help a lot.

“I am really proud of the boys.”

Defender Joel Matip was taken to hospital as as precaution to have a shoulder injury looked at while Trent Alexander-Arnold (foot) and James Milner were also forced off.

“Nobody told me anything about (Joel’s) shoulder, so hopefully that’s a good sign. Trent got a knock on his foot, we are not sure about what exactly it is. It is painful. Millie had cramps – I hope it was only cramp,” Klopp added.

Napoli exited the competition with the defeat but manager Carlo Ancelotti was proud of his side.

“We have gone very close but we have no regrets. That’s what I said to the players,” he said.

“I don’t think they should have any regrets. It would have been a wonderful achievement to qualify from a really difficult group and many people didn’t think we would take it this far.

“We lacked luck at times. Hopefully we will get some of that luck in the Europa League.

“We knew Liverpool were going to put us under a lot more pressure. We expected that. They were more aggressive. We knew the intensity would be a lot different to the first game too. It was something we had to cope with.

“You can’t expect to come to a place like Liverpool and create 10 chances. We created two good ones but didn’t have the luck we needed to put them in the back of the net.”

Ancelotti, however, was not happy with the tackle made by Virgil Van Dijk on Dries Mertens in the first half which saw the defender booked, meaning he will miss the first match of the knockout phase in February.

“From the video it is a red card. There are a lot of questions about VAR but when VAR comes in the Champions League it will be too late,” he added.