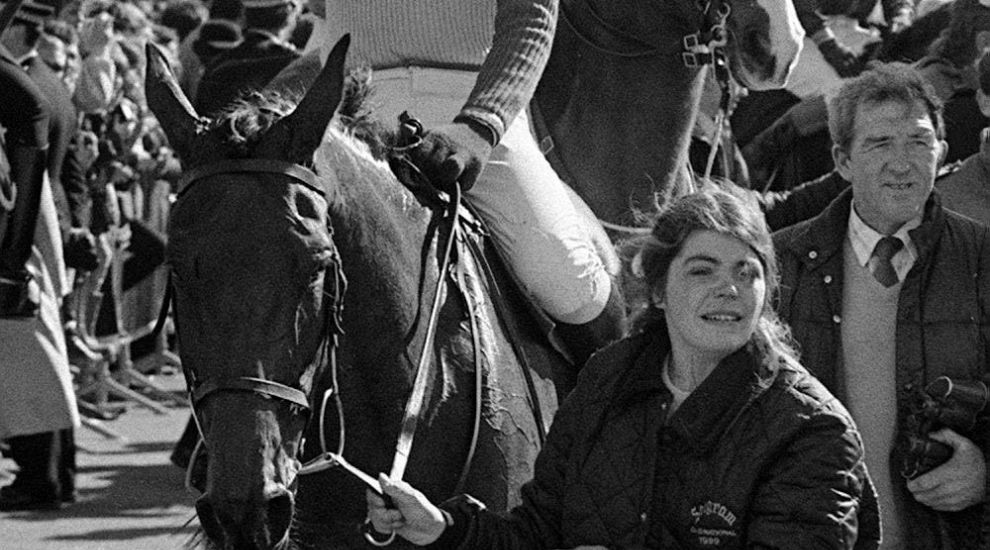 Jimmy Frost will never forget the day that changed his life when he won the Grand National on Little Polveir in 1989.

Victory in the world’s greatest steeplechase was not the execution of a plan, quite the opposite. Frost and trainer Toby Balding thought it would be “a bit of fun” to run him.

While the Aintree showpiece was nothing new to Balding, who won the race with Highland Wedding in 1969, or Little Polveir – running in it for the fourth successive year – it was Frost’s first ride in the National.

Winning was beyond his wildest dreams, but it became a reality.

“It was a day that changed my life, an unexpected one at that,” he said.

“Horses like Morley Street and Beech Road were the ones we were mainly going up (to Aintree) for, and it was just fun to be riding Little Polveir in the National.

“That was good, because we went there without any pre-conceived expectations.

“It was just a case of jumping from fence to fence and keeping your concentration. When we started going towards Becher’s the second time everything was going extremely smoothly. The horse felt full of energy, bouncing away, pinging his fences – so I was just enjoying myself.”

Belatedly, it dawned on Frost that he might just be on the verge of something special.

He added: “Then somewhere across the Melling Road I thought hang on a minute I’m going a bit well. Then I thought I’d better ride a race as I might be able to win this.

“It was storybook, where all the chapters unfolded for him. I’m not going to take much of the credit – I sat on him and bobbed away.”

Then, though – just as Frost thought he was about to ride into immortality – Little Polveir took an extreme disliking to being hit with the whip and started to lose momentum.

The Thinker, winner of the 1987 Cheltenham Gold Cup, and Grand National regulars West Tip and Durham Edition were among those on his heels.

But he got the intervention he needed when a loose horse (Smart Tar) ranged alongside and spurred Little Polveir on up the run-in. He won by seven lengths from West Tip, with The Thinker third.

“He was getting a bit lonely out there, and I gave him a crack – he resented it and started to slow down after we jumped the last,” said Frost.

“I thought we were going to get caught, and then luckily Smart Tar joined him – and he took off.

“Then you go into this bubble of disbelief – ‘it doesn’t happen to me, I’ve won the National’.

“I don’t think I had any real pretence or ideas, because it was such a big thing and so out of reach. You never allow yourself to think about being part of it, or what might happen.

“When you’re about 10 or 11, you’re running around on your imaginary racehorse winning the National – then suddenly there I was with the world’s spotlight on me.”

It was in many ways a stroke of luck. Frost had not previously ridden the horse in public, because Little Polveir had moved to the Balding stable only six weeks before the great race – having been bought privately out of John Edwards’ stable for a reported £15,000 by Edward Harvey, for his son to ride in the Grand Military Gold Cup at Sandown.

“He had a practice in an amateur riders’ race at Worcester, and then he ran very well at Sandown – he did his job,” added Frost.

“He had an entry at Aintree. We were in the car going racing, running through which horses might be going to Aintree, and Toby just said ‘we’ll run Little Polveir in the National-it will be a bit of fun’.”

Frost, who nowadays trains at Buckfastleigh in Devon, could never have envisaged the effect winning the National has had on his life and those around him.

“It has a massive ripple effect on friends and family and everyone in Buckfastleigh,” he said.

“It’s not just you – it’s everyone involved – and even my kids, Hadden and Bryony, have ridden in the race.”

Returning to the big day, Frost remembers having bucket loads of champagne – and he did not drink.

“We had three winners that day, one in the Mumm Novices’ Hurdle. I had several Jeroboam bottles of their champagne in the weighing room. I gave a couple to the lads in the lorry,” he said.

“(It was) John Price and his gang, all rode home on the champagne.”