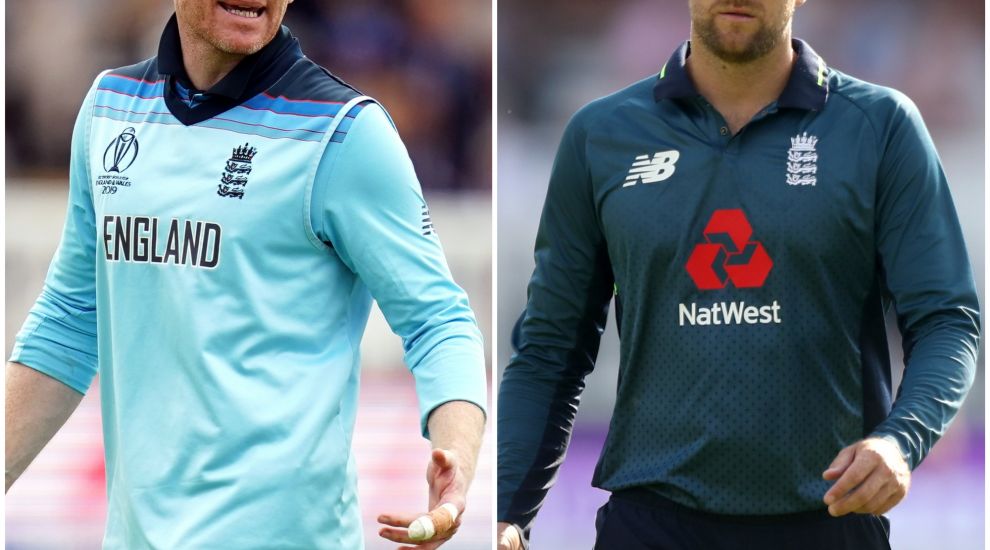 Dawid Malan may have registered England’s second Twenty20 international hundred but his apparent reluctance to run from the final ball of the innings against New Zealand seemed to irk captain Eoin Morgan.

Malan’s belligerent 48-ball century paved the way for England’s 76-run thrashing of the Black Caps in a balmy day-night affair in Napier, levelling the series at 2-2 and setting up a decider in Auckland on Sunday.

The new Yorkshire signing finished unbeaten on 103 from 51 deliveries to usher England to their highest T20 score of 241 for three, achieved largely thanks to a 182-run stand alongside Morgan, another national record.

But following Morgan’s dismissal in the final over for a rampaging 91, Malan and Sam Billings curiously decided against attempting a bye from the last ball of the innings after the latter had played and missed at a bumper.

Malan, running to the striker’s end, would have been in greater danger of being run out from the wicketkeeper’s throw and Morgan hinted at being annoyed by his former Middlesex team-mate putting a red-inker ahead of the team.

While New Zealand got nowhere near the total, it appears Morgan’s indignation may stem from previous close matches, including the dramatic World Cup final earlier this year, when Kiwi pair Mitch Santner and Trent Boult neglected to run from the final ball of their innings, allowing England to draw level before a jaw-dropping Super Over triumph.

The England captain said: “If we get guys who are not running off the last ball of the game because they want to get a not out, there’s something to address.”

Morgan was more effusive when assessing Malan’s overall contribution, in which he reached the milestone of three figures in 12 fewer balls than Alex Hales managed against Sri Lanka in Chittagong five years ago.

This was Malan’s sixth score of 50 or more in only nine T20 innings for England and Morgan acknowledged his fellow left-hander is raising the bar for a touring side that have rested several first-team players.

The Irishman said: “To do this with an inexperienced side and a guy who hasn’t had a huge amount of opportunity in the past, scoring a 48-ball hundred is remarkable really.

“It really does create huge strength and depth within our squad and that’s what we set out to do on this tour.

“There’s guys in the changing room that are in the same boat as Dawid that have played less games than him.

Malan’s success at three places a little more scrutiny on whether Test captain Joe Root will be able to break back into the sprint format side – though Morgan said it is “too far away” to be discussing who is guaranteed a squad berth for next year’s T20 World Cup.

Another player whose spot could come under the microscope over the next few months is Adil Rashid, who has not been quite at his best on this tour after returning from a shoulder injury that had sidelined him since the World Cup final.

Fellow leg-spinner Matt Parkinson took four for 47 at McLean Park but Morgan was quick to throw his backing behind Rashid.

Morgan added: “I think Adil is our number one (spinner). He’s made huge strides in three or four weeks, he’s achieving everything we’ve asked him to achieve on tour.

“He has December off working on it and then the first three weeks of January to prepare for (the next tour of) South Africa. He’s progressing nicely.”