Morgan hopes for better weather after England’s game washed out 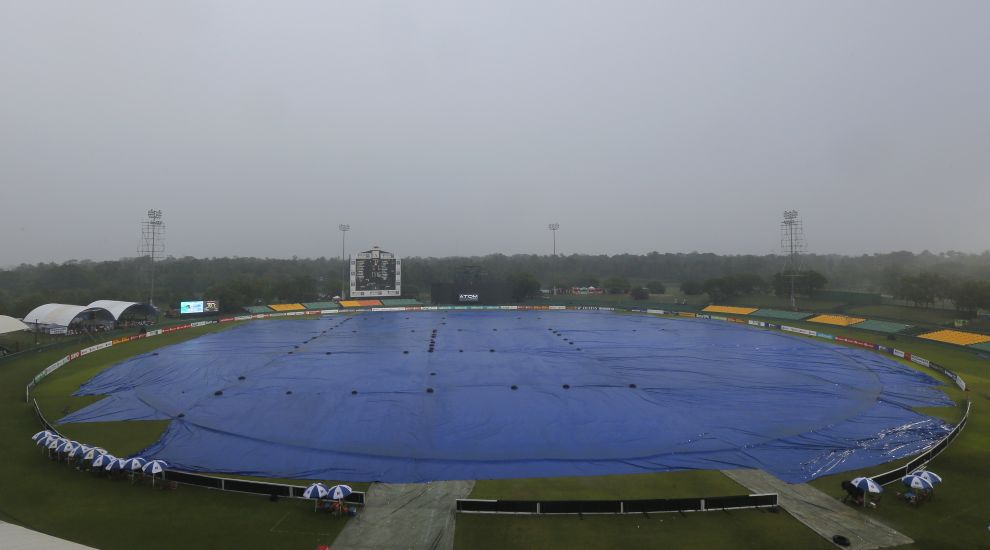 Morgan hopes for better weather after England’s game washed out

Just 15 overs were bowled before heavy rain in Dambulla forced the opening one-day international with Sri Lanka to be abandoned.

England captain Eoin Morgan was left crossing his fingers for kinder weather after the first one-day international against Sri Lanka was washed out in Dambulla.

Eyebrows have been raised at the decision to schedule the series before the end of the island’s rainy season – with tour operators in the region typically advising against holidays in October due to the weather.

One of the two scheduled warm-up games in Colombo last week was abandoned without a ball bowled and although initial forecasts were better for the series opener, just 15 overs were possible with England reaching 92 for two.

The extensive ground covers were summoned before the rain even arrived in a vain attempt to protect the pitch but after more than three hours of solid, heavy downpour the groundstaff’s salvage operation was rendered moot.

The sides will meet again at the same venue on Saturday, one of two fixtures in the five-match series to have the safety net of a reserve day.

“It’s extremely frustrating, especially when the umpires made a really good decision to get the covers on before the rain actually started,” said Morgan, who was 14 not out when the players left the field.

“When it rains here it just doesn’t stop for hours. They did their best but unfortunately when they were taking the covers off there was a lot of overflow and three or four areas of concern, that were very muddy.

“When it gets to that stage player safety is paramount and I think the umpires made the right choice. I think it’s going to be that type of series. There was no rain forecast for today which is devastating, we are keen to get ourselves into the series and get going and playing but hopefully we will have a bit of luck along the way with the weather.”

Asked if he was party to the logic behind the England and Wales Cricket Board’s scheduling, Morgan replied “I haven’t a clue” but held out hope of better fortunes.

“No, I’m not worried, not at all. I’d hate to sound pessimistic,” he said.

“The two games where we have reserve days we’ll get some form of game in and let’s hope that the weather is OK. We did come here in 2014, a little bit later, but I remember the forecast being the same every day and we just managed to miss the rain.”

The day began with former England paceman Darren Gough presenting debutant Olly Stone with his cap, but the Warwickshire bowler was denied the chance to prove his international credentials.

“I know he’s itching to get out there, he’s very excited about getting out there and pulling the shirt on,” Morgan said.

“Olly offers something different, he bowls with a bit more pace than the guys we have at the moment.”

Meanwhile, England are set to call up Sussex seamer Chris Jordan for the stand alone Twenty20 which follows the ODI series.

Jordan has become something of a short-form specialist at international level and will be added the existing white ball squad.

Selectors have resisted the temptation to hand Worcestershire’s Pat Brown, leading wicket-taker in this year’s Vitality Blast, a maiden call.